In 2008, the Army National Guard was designing a Forward Operating Base (FOB) at Fort Chaffee in Arkansas to train soldiers in ground combat techniques needed to execute an effective mission in Iraq.

In order to train the soldiers, the base needed to design an efficient training facility that simulated Baghdad streets. The design would need to be mobile, cost effective, long lasting, durable, and similar to the streets of Baghdad. 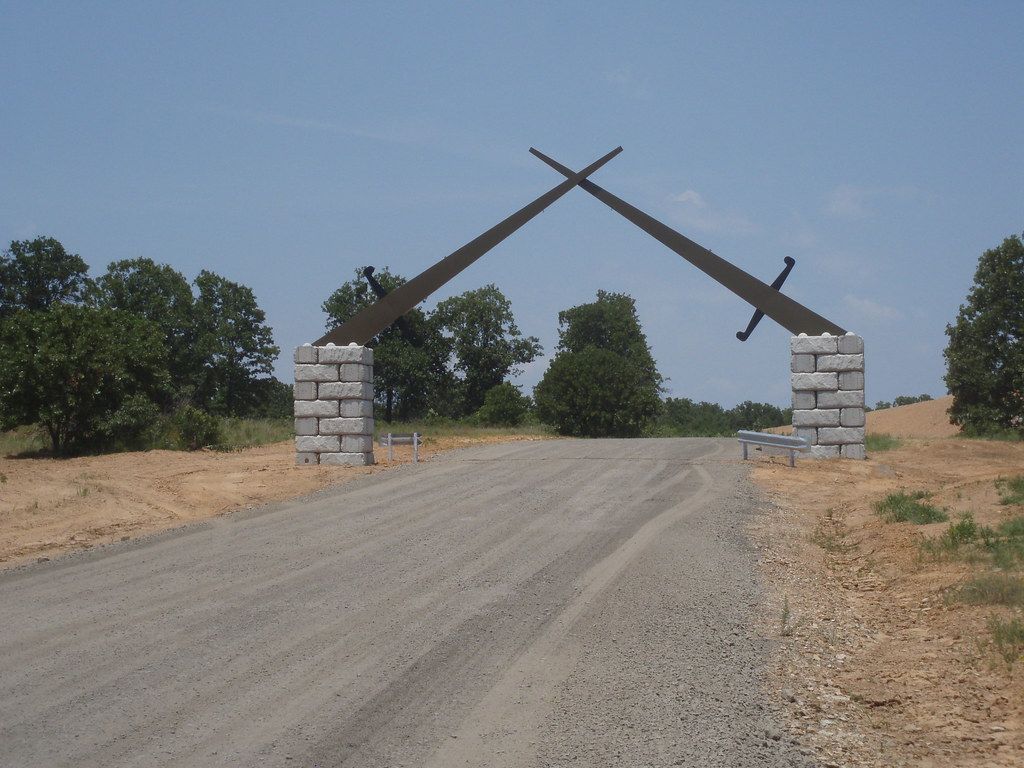 Redi-Rock Limestone blocks are used to make an entryway to Fort Chaffee in Arkansas.

Rod Blake of Blake Construction in Barling, Arkansas decided to pursue the construction of the job when he saw that the base was using dirt berms to simulate separations of the streets of this virtual Baghdad. He knew that there had to be a better, more realistic system that would meet the base requirements. That's why he proposed the Redi-Rock freestanding wall system.

Redi-Rock freestanding blocks are made from solid precast concrete weighing over 1,200 pounds (544.3 kilograms) each and covering almost 6 square feet (.5 square meters) on each face. The blocks interlock using a knob and groove system similar to giant Lego blocks, making them easy to install and cost effective. Lieutenant Colonel Tarry Mallar of the Arkansas Army National Guard liked these features and made the decision to use these blocks in the Limestone texture throughout the FOB to form the simulated Baghdad streets.

The Redi-Rock system proved to be such a positive solution to Col. Mallar's needs that he expanded the project twice. In order to meet the production needs and time frame of this extended FOB, the local Redi-Rock manufacturer Industrial Precast worked very closely with Redi-Rock International to maximize their capacity to produce the freestanding blocks and meet the demands of the project. Industrial Precast produced over 4,500 blocks to complete the FOB by spring of 2008. 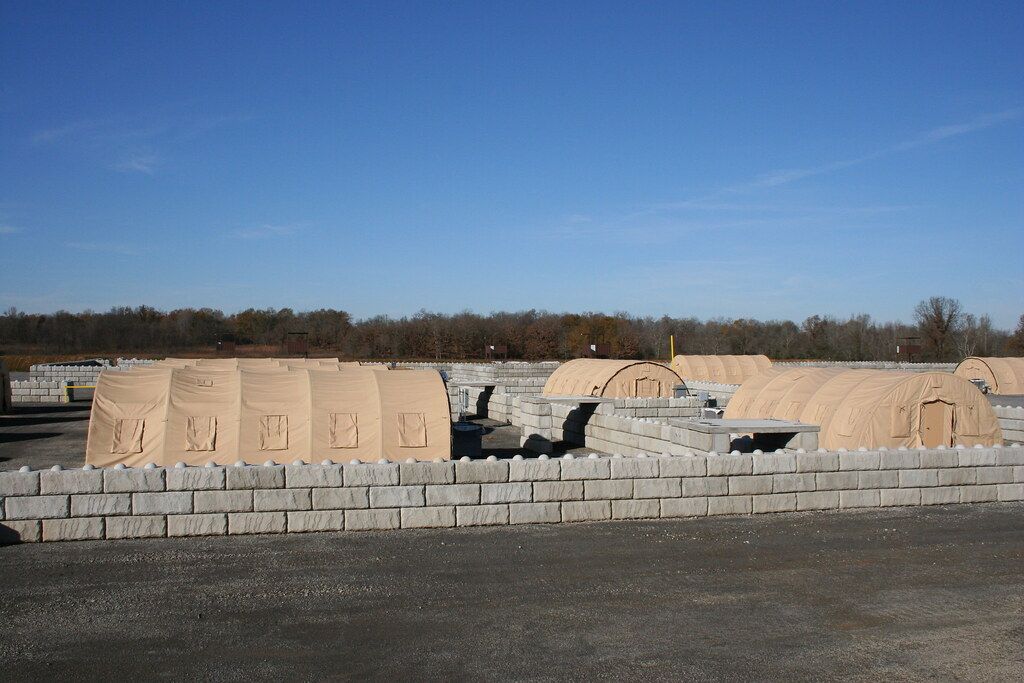 Redi-Rock blocks are used to simulate the streets of Baghdad at this Army National Guard training facility.