In late 2010, the City of Sunbury, Pennsylvania began a major revitalization project to repair its damaged riverfront. Flooding and erosion are major issues for Sunbury because it is located on the banks of the Susquehanna River, which is frequently in the news for flooding.

According to the Sunbury Riverfront Master Site Plan, approximately 18 inches (0.45 meters) of riverfront was being lost each year. If this instability and erosion were allowed to continue, the loss of riverfront would persist, further damaging the existing retaining walls and flood walls. To stop erosion and begin construction, the City first needed a structural solution to stabilize the banks of the river.

These walls have gone through multiple floods since they were installed in 2011.

The City of Sunbury had already begun the first phase of the renovation when Jason Metzger, the Project Manager for the contractor HRI Inc., suggested Redi-Rock as an efficient alternative to the walls that were planned-which included poured-in-place walls and re-stacking the original 1930's stone walls in some areas.

Redi-Rock has been used in successful shoreline protection projects across North America, Europe, and Asia and has a proven track record for building tall gravity walls, and even taller reinforced walls. With Redi-Rock, you can:

HRI believed that Redi-Rock could save on installation time over re-stacking the original stone and match the look of the stone even better than the poured-in-place walls.

"We could install more square footage per day than we could with the natural rocks-and at less cost," explained Lenny Stopper, Project Supervisor for HRI.

Jim California, P.E. and lead structural engineer on this project from Buchart Horn Inc. and Scott Russell, P.E. and Regional Manager of Buchart Horn Inc. agreed, saying: "Redi Rock provided a robust retaining wall capable of sustaining periodic impacts by floating debris during periods of high river levels. In addition, the walls had the ability to maintain a more vertical profile, limiting the impact on the cross sectional floodway," they said.

In one location, there was an existing concrete wall in place that had experienced some apparent shifting. "We wanted to leave the old wall in place and build a new structural wall in front of it. In this situation, geogrid tie-backs could not be used. The Redi-Rock system with its massive blocks and gravity wall capabilities worked well in this application without requiring geogrid," they added.

"If we had known about Redi-Rock when we started the project, there would probably be more there," explained James Eister, Sunbury City Councilman. 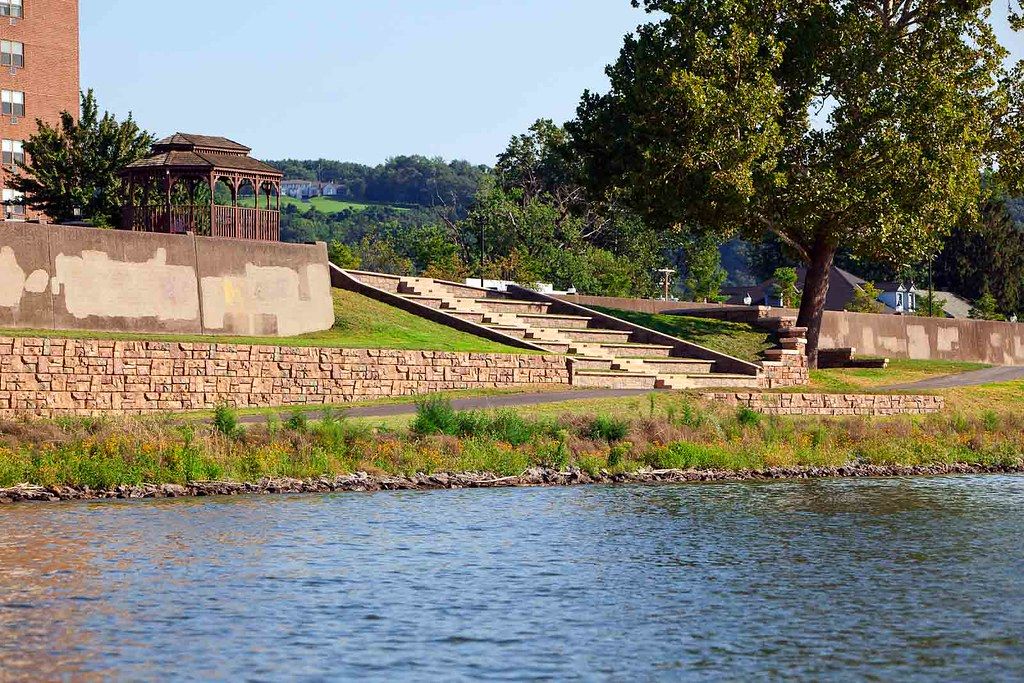 Protecting the City's riverfront park as well as secondary flood control walls was a major priority.

"Three floods have gone through the Sunbury area since we started excavating. One of the floods went through before we could complete one of the walls on the upriver side. After the flood, you actually couldn't even tell that there had been a flood. There was no damage at all," Stopper of HRI said.

Eister continued: "We're prone to flooding here on the Susquehanna River. The walls were installed last summer [2011], and then we had a flood from Hurricane Irene in the fall. The walls were completely underwater, but we had no damage at all."

The walls were able to make it through the floods unscathed because of the engineering behind them. Explained Russell and California: "A concrete leveling pad was used in areas susceptible to more periodic high water events. Free-draining coarse aggregate was placed behind the wall to help deal with draw-down of water pressure behind the wall resulting from receding high water." 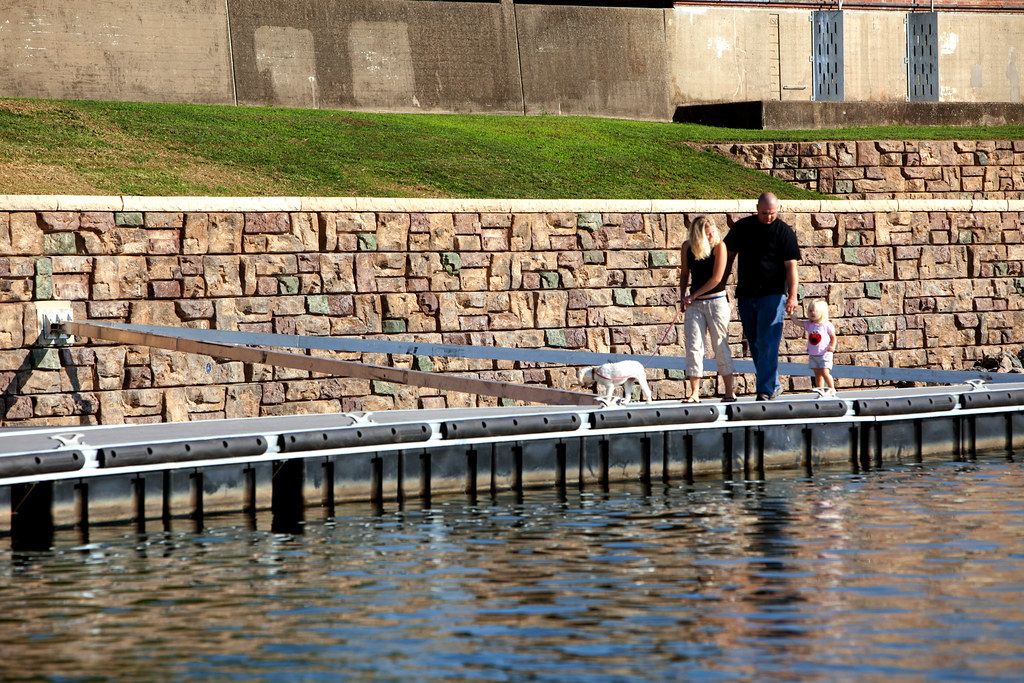 The project required 17,000 square feet (1,579 square meters) of Redi-Rock gravity walls, freestanding walls, and caps. Explained Eister: "There are some areas on the walkways where you walk past the walls, and everyone comments on how attractive Redi-Rock is. There's no maintenance, it's very durable, and when it goes through a flood like it did - it sets the standard for being a great solution."