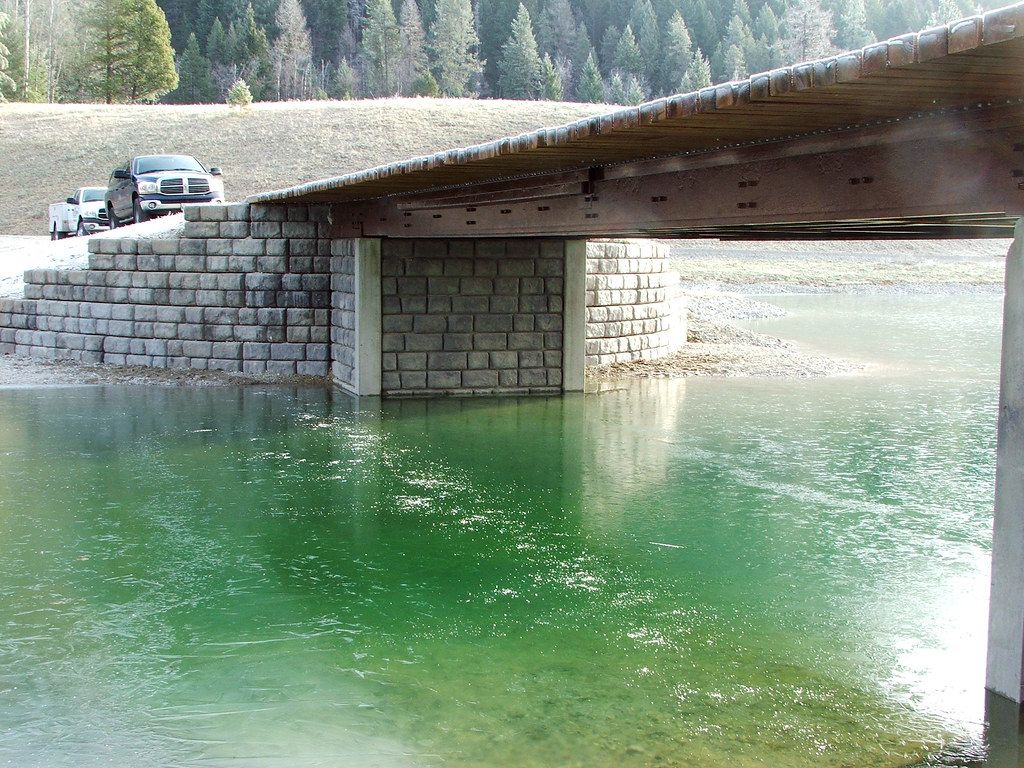 This bridge project incorporates Redi-Rock fin walls and Cobblestone veneer with a recycled flat rail car to create unique access to a development.

The creative project combined Redi-Rock wall products and a recycled railroad car to deliver a unique and functional bridge. To achieve the desired combination of beauty and brawn, a local contractor recommended that the developer consider Redi-Rock to construct the fin walls and add an aesthetic appeal to the precast bridge abutments.

The project utilized 120 Redi-Rock 41in (1040mm) solid blocks to construct the gravity walls. Despite their massive size, Redi-Rock blocks install easily and can be placed to achieve impressive sweeping convex and concave curves. The developer was pleased with the project's outcome and particularly impressed with the natural look and engineering support offered by the Redi-Rock system. 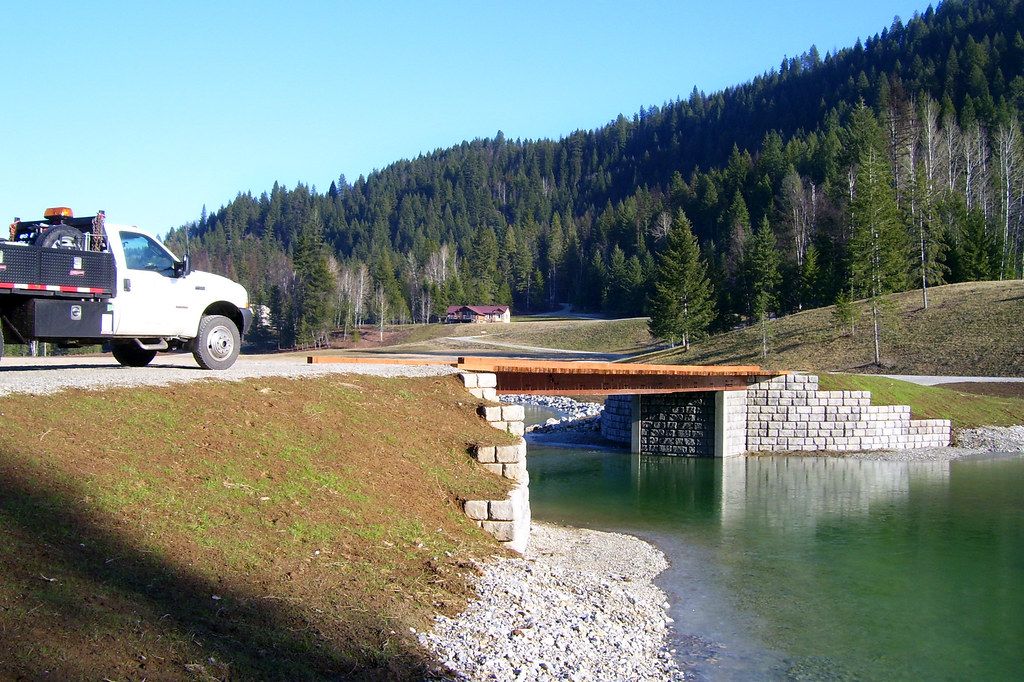