When a quick fix for failing retaining walls isn't an option, it can feel like a major setback to remove the wall and start over. Gulf Coast Pavers diminished that feeling at the proposed site of ALOFT hotel in College Station, Texas, by suggesting a Redi-Rock large block retaining wall be constructed in front of the failing small block wall.

"The issue here was that the ALOFT required an increase in elevation greater than what the existing wall provided," said Matt Airhart of Gulf Coast Pavers. "The original wall was not stable...[so] we offered the solution of constructing a new Redi-Rock retaining wall in front of the existing one that allowed us to increase the elevation and provide stability."

A concept of W Hotels by Starwood, ALOFT's brand is one of modern luxury, so the retaining wall aesthetics mattered. The new perimeter wall and detention pond would need to provide usable space and complement the modern aesthetic of the development next to Texas A&M University.

Using the Redi-Rock gravity system, where the weight of one-ton concrete Legos is sufficient to hold back the earth, designers created a wall that didn't require geogrid reinforcement. This, and the engineering capacity within the gravity system with varied block sizes, made it possible to build in front of the existing wall.

"The client chose Redi-Rock because we could engineer a solution using 60in (1524mm) Middle and Bottom Blocks, which solved the global stability issue that had caused the existing small block walls on both the detention pond and along the adjacent ditch to fail," said Browne Baker from Wilbert Vaults of Houston, the local Redi-Rock manufacturer. 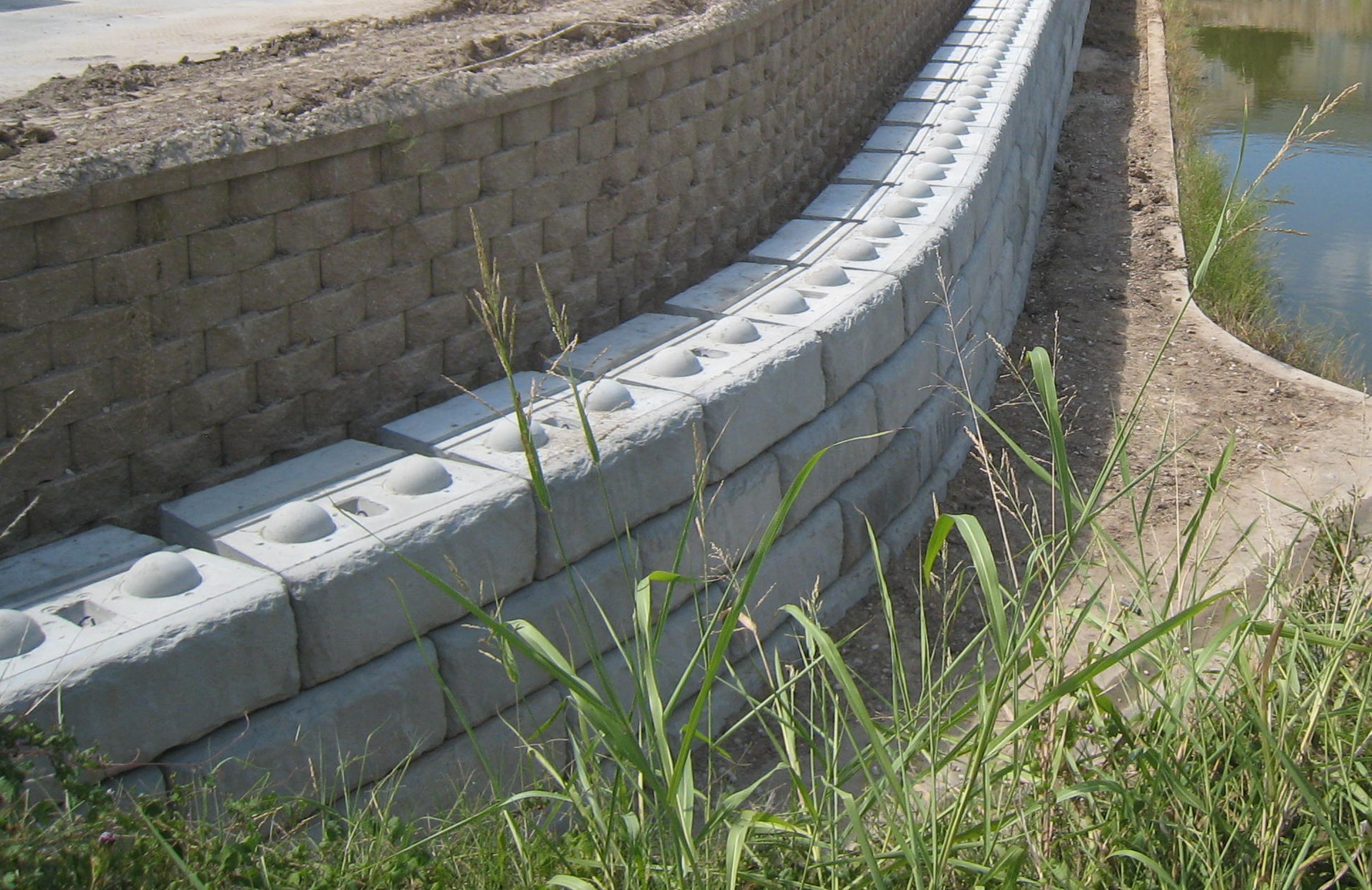 "With extremely limited space and the new height requirements, the Redi-Rock wall system was the perfect solution," said Airhart. Gulf Coast Pavers was able to not only provide an engineered option to solve the global stability issue but also an aesthetic option, keeping progress moving in the right direction for ALOFT.