The intersection of Rybolt and Wessleman Roads in Green Township, Ohio, was notorious for its significant visibility problems and heavy traffic. With construction scheduled to begin in the summer of 2014 on a new subdivision nearby, the addition of over 200 new homes in the area was certain to intensify the existing safety concerns and have a significant impact on traffic volume.

To contend with these traffic and safety issues, Hamilton County officials initiated plans to improve the Rybolt Road/Wessleman Road intersection, including widening the intersection to allow for the addition of new, dedicated turn lanes. The intersection enhancements were part of the $5.76 million-dollar Rybolt Road Rehabilitation Project that also included sewer line upgrades and road resurfacing along a nearly two mile (3.2 kilometer) stretch of Rybolt Road.

According to Eric Beck, P.E., Construction Engineer for the Hamilton County Engineer's Office, "the profile elevation of the roadway changes by as much as 160 feet (48.8 meters) along its course. This, coupled with steep hillside slopes projecting upward from the roadway into private yards and into subdivisions, necessitated the use of retaining walls in order to be able to fit the widenings in." 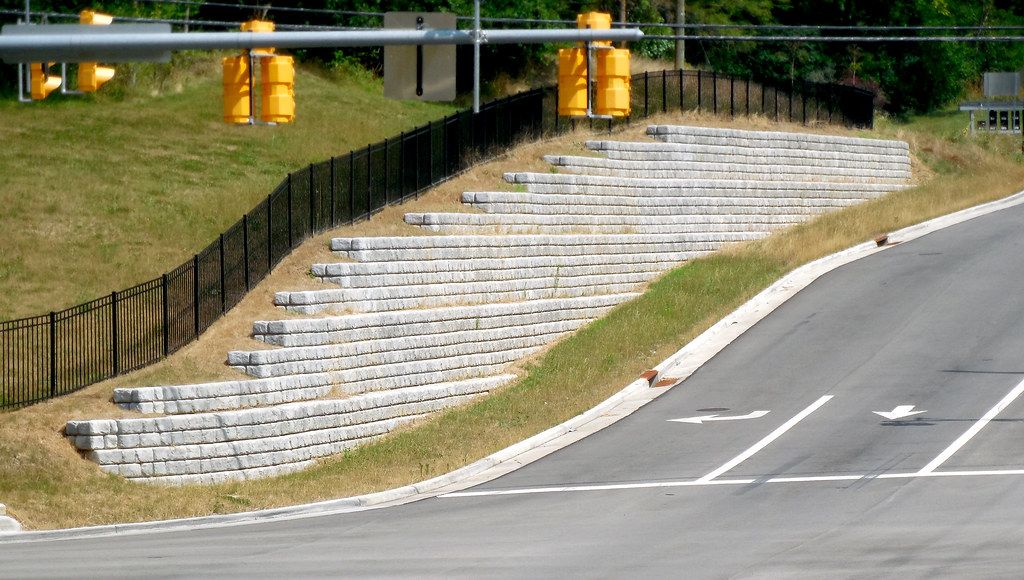 Gravity retaining walls in the Cobblestone texture were used to create space for this road widening project in Ohio.

Plans for the project required the proposed retaining walls be set-back into the private property surrounding the construction area. To reduce the amount of encroachment caused by the walls, the County specified a precast modular block retaining wall system that would not require external reinforcement as the basis for the design.

"Redi-Rock was chosen as the best engineered solution to provide a good looking wall within the confined work areas provided. The product also matched other walls already in place on other parts of the roadway in previous projects," said Beck.

Redi-Rock is a large block retaining wall system that utilizes the massive size of one-ton concrete blocks with the power of gravity to create tall retaining walls without the need for geogrid reinforcement. The blocks stack together like giant Lego blocks and are engineered to be installed within a small footprint, requiring minimal excavation.

Local Redi-Rock manufacturer, Redi-Rock Structures of OKI, supplied the retaining wall blocks for the project. In total, they produced just over 2,000 gravity blocks in the Cobblestone texture to coordinate with another Redi-Rock wall less than a mile down the road that was built in 2007.

Clint Hines, P.E., of JC Hines & Associates, LLC was brought on board to prepare the final construction drawings for the project, which included the need for eight different retaining walls. Poor soil conditions, a crest slope on the top of the walls, and the need to minimize the amount of right-of-way required for the project were all factors that were taken into consideration for the final design. 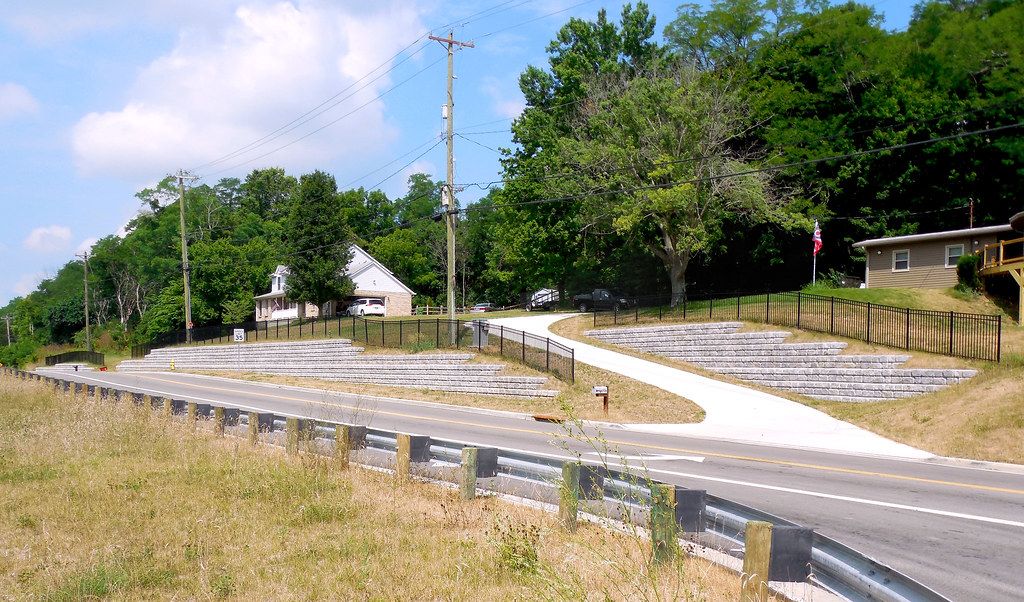 The Redi-Rock gravity retaining wall system allows tall walls to be built without requiring reinforcement, which kept encroachment on private property adjacent to the roadway to a minimum.

"This was a road widening, so taking as little real estate from the adjoining homeowners and businesses was a primary concern of the County," Hines said.

Hines utilized the Redi-Rock gravity retaining wall system to accomplish the wall heights needed without having to excavate for reinforcement. He also designed the walls with intermittent 16.63 inch (422.3 millimeter) horizontal setbacks to, "maximize the allowable design height while reducing the imposing verticality of the taller retaining walls."

The walls were installed over a five month period beginning in May 2014. "The existing soil and rock conditions provided challenges to the contractor in getting the footing level installed," said Beck. However, once the base course was set, installation went smoothly.

"The overall project after completion has brought about a number of positive responses. The additional of turn lanes, traffic signals, improved drainage and new pavement have made travelling on this portion of roadway both more comfortable and safer. The retaining walls, while providing the necessary engineering qualities, also provide an attractive visual appearance to the area," said Beck. 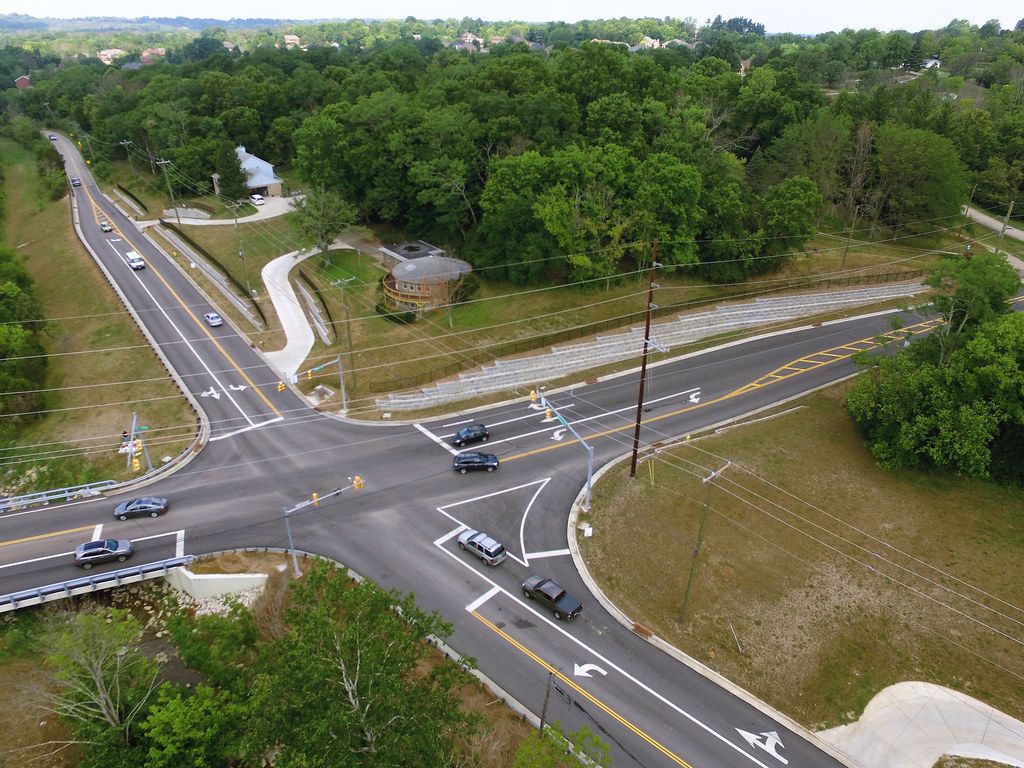 Once notorious for traffic and safety issues, this Ohio intersection now functions more efficiently after Redi-Rock retaining walls were used to create the space needed to widen the roadway.