Homeowners use 3,450 square feet (320.52 square meters) of cobblestone retaining walls to complement their nearby home

When the owners of this Washington home wanted to install a tennis/basketball court, their hilly property presented some unique challenges. To create enough space for a court, they needed to contend with a 20 foot (6.1 meter) elevation change on the proposed site.

From the beginning, it was clear that retaining walls would be necessary. The homeowners contacted Copper Creek Landscaping, who had done work on the property before, to propose a solution for the project. 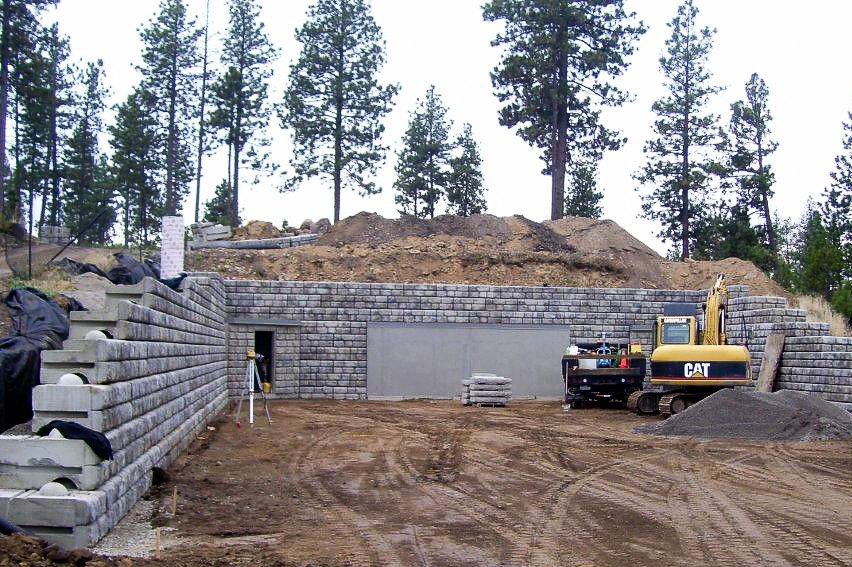 The Redi-Rock blocks were installed on this project with a small excavator.

Copper Creek considered several options with the owners, including a poured in place wall. "But we just thought that would be too sterile and not aesthetically pleasing," explained Matt Barton, owner of Copper Creek Landscaping. "We wanted really straight, square walls though, so obviously a boulder retaining wall wouldn't have worked. There were some failing segmental retaining walls on the property that had been installed before we got involved with the project, so the owner was leery of going with another small segmental retaining wall system. Then there was the height factor. We were pushing close to 11 feet (3.35 meters) in some areas and we didn't want to use geogrid. We had a lot of restrictions with what we were trying to do, and Redi-Rock was the perfect product that allowed us to do everything we needed to do."

"The other options included a lot of engineering and expense. Having a pre-engineered system helped us a lot," explained owner Jeff Stockdale.

The biggest selling point of the Redi-Rock system was the ability to build the retaining walls without requiring geogrid. After regrading the area, the tallest wall required was still 11 feet (3.35 meters) and was installed as a gravity structure. This saved installers time because they did not have to excavate for geogrid, saving the owners money. Plus, the aesthetic look of the cobblestone texture complimented the nearby home.

The owners wanted to incorporate several unique elements in the court's design, including a hitting wall and storage rooms.

Wilbert Precast also custom cast the storage rooms for the corners of the court to look like Redi-Rock's cobblestone texture. A unique aspect of this project's installation is showcased in these corners. Where the precast storage units met the retaining walls at 45 degree angles, the installers left gaps instead of cutting the retaining wall blocks. Then, they filled the corners with concrete and attached a custom veneer stone that Wilbert created to match the cobblestone texture. Finishing the corners in this way created a seamless look and cut down on the labor considerably. 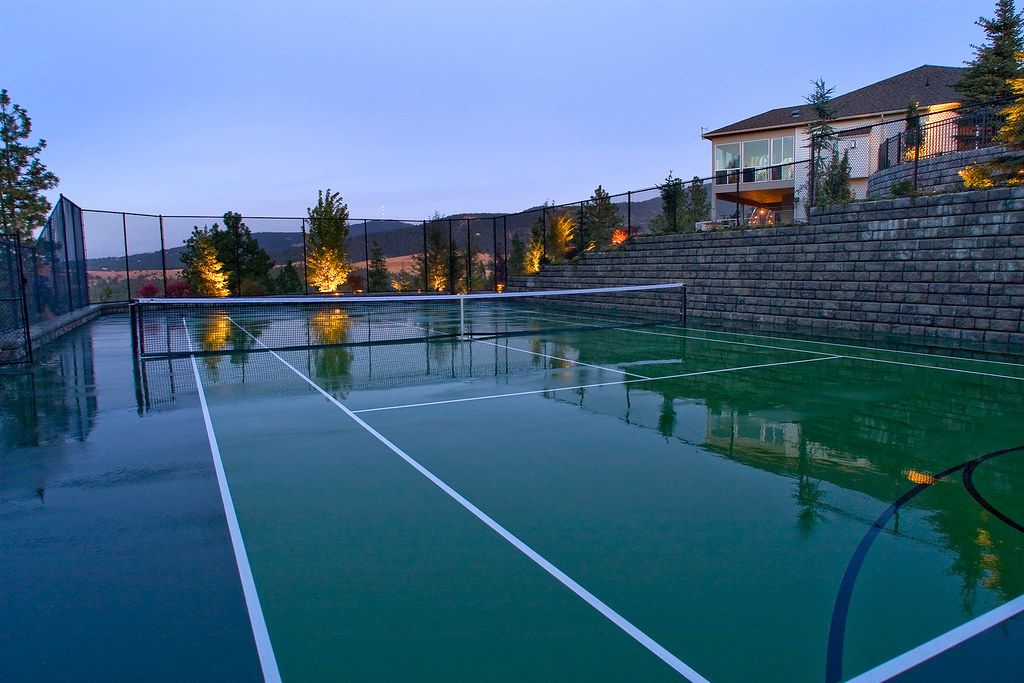 "We really liked the aesthetics of Redi-Rock because it blends in nicely with the surrounding terrain. We worked with Wilbert to do the custom work and they did a great job. We are really pleased with how it turned out-and we know it's not going anywhere," Stockdale said.