One Redi-Rock manufacturer in western Montana hasn't been making waves - and that's a good thing when the goal is to stop waves from damaging a shoreline. Diversified Materials & Construction of Missoula installed more than 22,000 square feet (2043.8 square meters) of shoreline retaining wall in 2006, much of it in pristine but turbulent Flathead Lake near Glacier National Park.

Construction below the high water mark of this beautiful glacial lake is overseen by the Confederated Salish and Kootenai Tribes who have strict regulations for shoreline protection retaining walls. The Tribes' 64A Shoreline Protection Ordinances state that concrete walls should be used as a last resort, with wood or rip rap walls recommended as they provide a more natural look. For one project in particular, however, the tribe was presented with an innovative alternative to traditional shoreline protection walls-an alternative that has been turning heads.

Blaine Wright, a Flathead Lake resident, needed to replace the rotting wooden retaining wall on the shoreline of his residence and also install a way for swimmers to enter and exit the water. Wright was unhappy with the durability of wood retaining walls and he wasn't pleased with the look of a concrete retaining wall. He was impressed, though, with a brochure for Redi-Rock retaining walls on display in the building permit office. Wright called local Redi-Rock manufacturer Mark Thomas at Diversified Materials and Construction, who was confident that Redi-Rock's line of big block retaining wall products could meet the tribe's stringent standards.

Tribal regulations demand that wave speed, upon hitting a wall, be slowed in order to prevent erosion and sand transport. On a poured-in-place wall, waves actually accelerate upon impact, so contractors must insert gussets every eight feet or so to slow the water-a tedious and time consuming job. Preliminary testing on Redi-Rock retaining walls showed that Redi-Rock's unique stone texturing causes waves to accelerate significantly less than a poured in place wall. However, texturing alone was not enough to slow the waves to meet the tribe's standards. 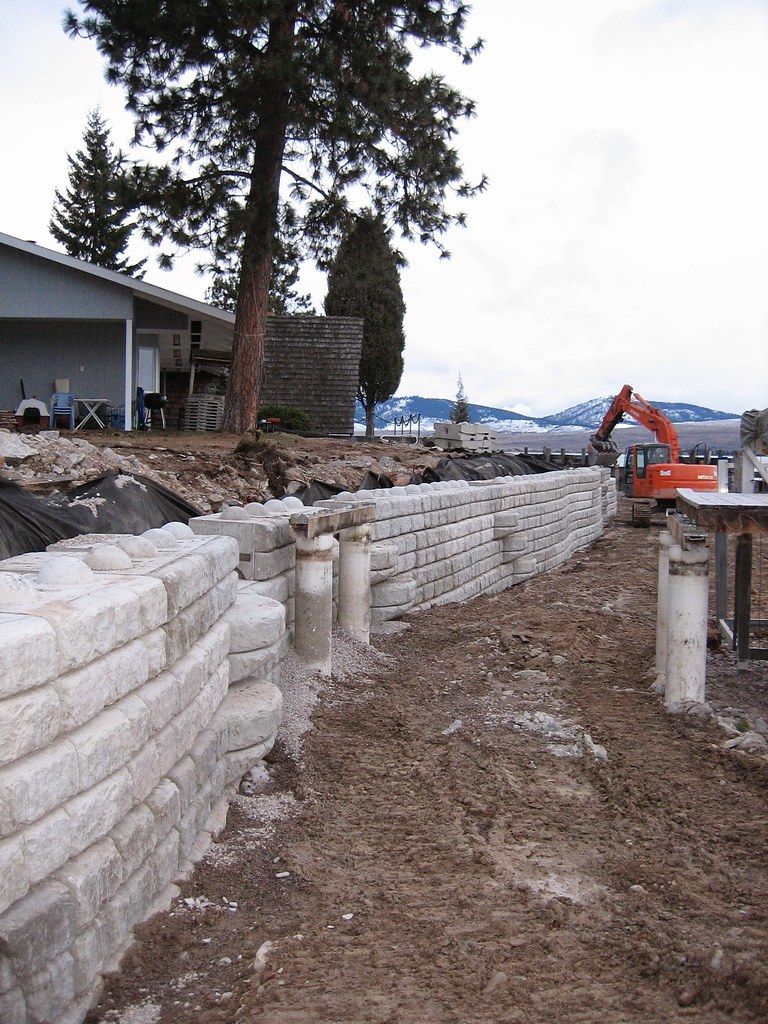 Redi-Rock planter blocks were used on this project to help slow wave speed on this shoreline wall.

Mark Thomas brainstormed various options, and Redi-Rock's protruding planter blocks eventually presented themselves as the perfect solution to slow wave action and provide safety exits. Protruding planters, which are usually used for ornamental plants in above-ground walls, were manufactured with the planting area filled with concrete. Staggered across the walls every 16 to 20 feet (4.8 to 6 meters), the planters slowed wave speeds to well below the tribe's standards. Since protruding planters rise 18 inches (.45 meters) each, they exceed the height requirement to be considered a step; Thomas is calling the safety exits "modified ladders."

The Wright wall went up quickly and simply, as protruding planters work in conjunction with other Redi-Rock blocks and could be placed anywhere in the wall where a modified ladder was necessary. In addition, Redi-Rock's massive gravity block size allowed the 9 foot (2.7 meter) high wall to be installed without using geogrid or tiebacks. In the end, the Wright family's 660 foot (201 meter) long wall featured 11 modified ladders and, along with the Cobblestone texture of the blocks, added an aesthetic touch to the project.

"I am super pleased with the results of this wall," Wright said. "This job worked out even better than I had hoped. I'd highly recommend Diversified-they went way beyond what I asked for."

Redi-Rock's protruding planter blocks provided an innovative solution to a complex shoreline protection and erosion issue, and also provided valuable safety exits for swimmers. To evaluate the effectiveness of the Redi-Rock modified ladder design, the Tribe has installed sensors at various points on the Wright wall to determine how Redi-Rock affects wave speed in open areas, around curves, and near the modified ladders. Preliminary testing results have been positive, showcasing Redi-Rock's ability to reduce wave action in the water, while making waves in the construction community. 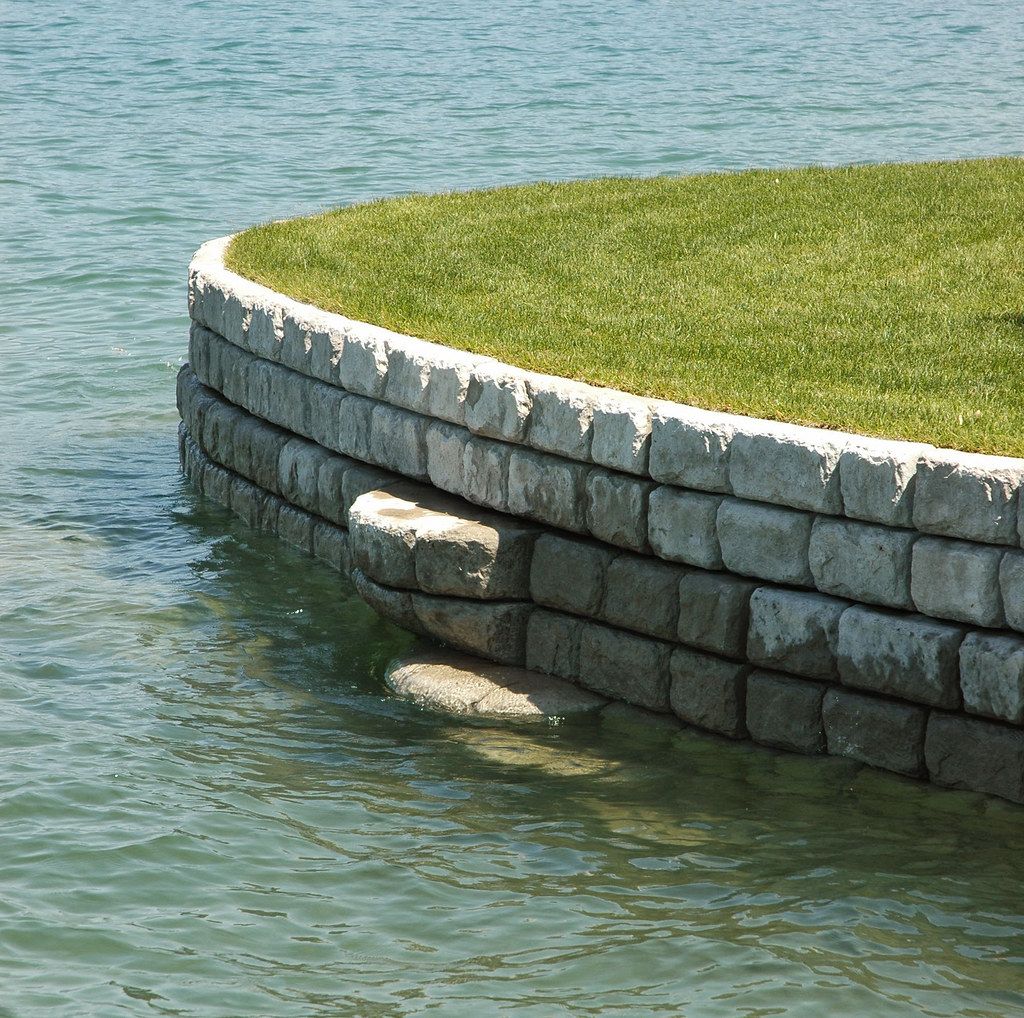 Redi-Rock was able to provide an aesthetic and functional solution that met local wave speed regulations.