"In May of 2010, we had a flood that caused the land to slide a bit. We had debris in the roadway and it looked like there was high potential for it to happen again," explained David Filliatreau, Staff Engineer with the Kentucky Transportation Cabinet.

Phil Fassler of Redi-Rock of Kentuckiana explained further: "The hill line was fractured and the dirt was sloughing off on both sides of the road. The obvious concern was the graves being exposed."

Initially, the Transportation Cabinet considered poured-in-place concrete retaining walls to repair the slopes. But the aesthetics of a concrete wall just wasn't right for the cemetery setting. In addition, because the retaining walls needed to be built so close to grave sites, minimizing the excavation and reinforcement required was a major priority for the project. "If we dug too far into the hillside, we would have had issues," Filliatreau explained. 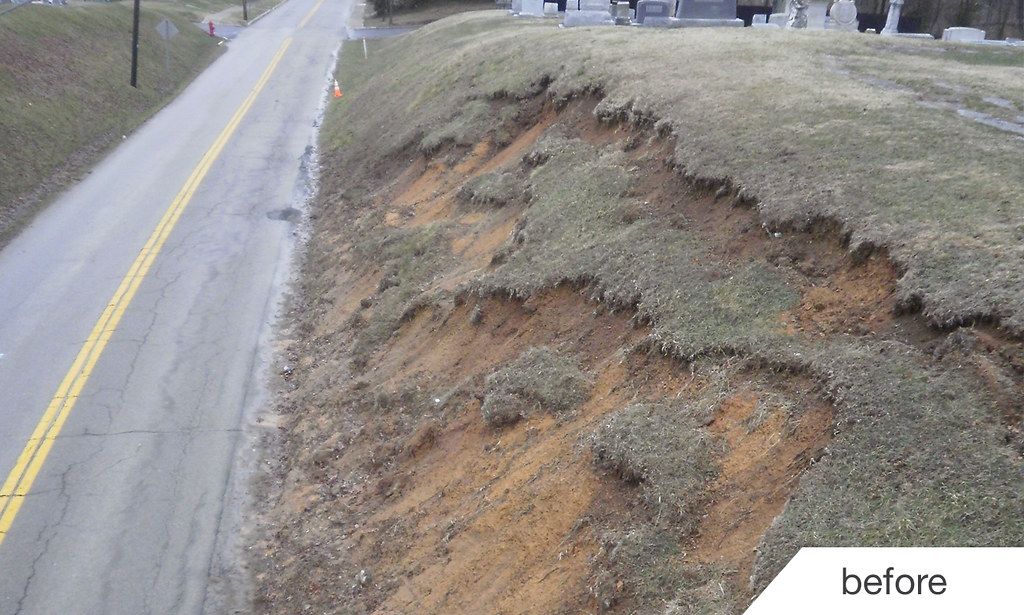 The earth on this Kentucky hill began falling down into the roadway after a 2010 flood caused erosion damage.

The KY Transportation Cabinet first heard about Redi-Rock in a presentation from local Redi-Rock manufacturer and retailer, Redi-Rock of Kentuckiana. "When we learned about Redi-Rock, my boss said, 'This could be a great product for the slide repair in Montgomery County,'" Filliatreau said.

Four major factors influenced the decision to go with Redi-Rock:

"We'd never done anything like this; we're used to doing gabion basket walls which require doing a lot of work by hand. The Redi-Rock walls only take one person on the ground and one person in the excavator, so it frees up other people to do other work. This was easier and faster than installing gabion baskets," said Charles Barnes, project foreman.

"Once the crew was comfortable with installing Redi-Rock, the walls went up like clockwork. They love the system," Fassler said. 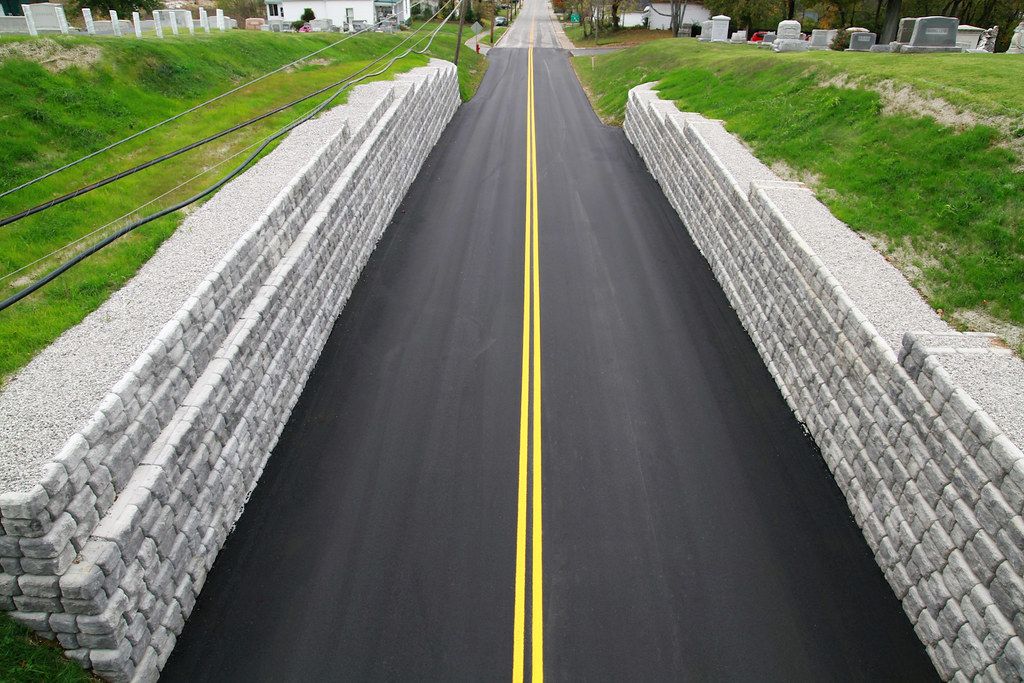 Redi-Rock gravity retaining walls in the Cobblestone texture went up quickly and easily.

To create a gravity solution for this project, engineers specified three unique types of Redi-Rock blocks: 41in (1030mm) blocks, 9in (230mm) setback blocks, and corner blocks.

By creating a Redi-Rock gravity solution with superior aesthetics and simple installation, the Transportation Cabinet was able to repair this sensitive erosion issue in a quick, cost efficient manner. 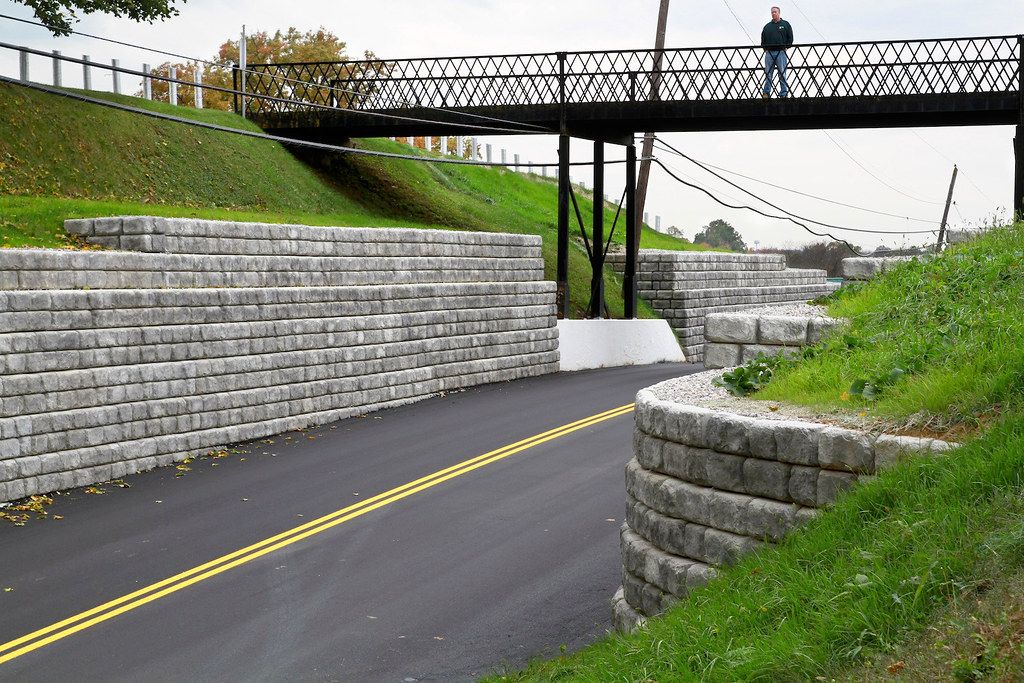 The Redi-Rock gravity blocks provided a strong, great looking solution on this project.