On January 25, 2010, at around 5pm, John Witmer of Millersburg, Pennsylvania, arrived home to discover that the Old Pony Truss Bridge connecting Route 147 to his private driveway had collapsed and decking from the bridge had fallen onto the railroad track below. Heavy rain caused the bank below the bridge to give way when the 19th century stone and mortar retaining wall supporting it failed. To make matters even worse, a train was scheduled to run along the track beneath the bridge at 5:15pm. Luckily, Witmer was able to slide down the bank, run up the other side and call 9-1-1 to have the train stopped before it got to the debris-covered area of the track.

With the crisis averted, Witmer still needed to find a way to access his property and Norfolk Southern Corporation, owner of the rail line, needed to get their track cleared and the rail line back in service. 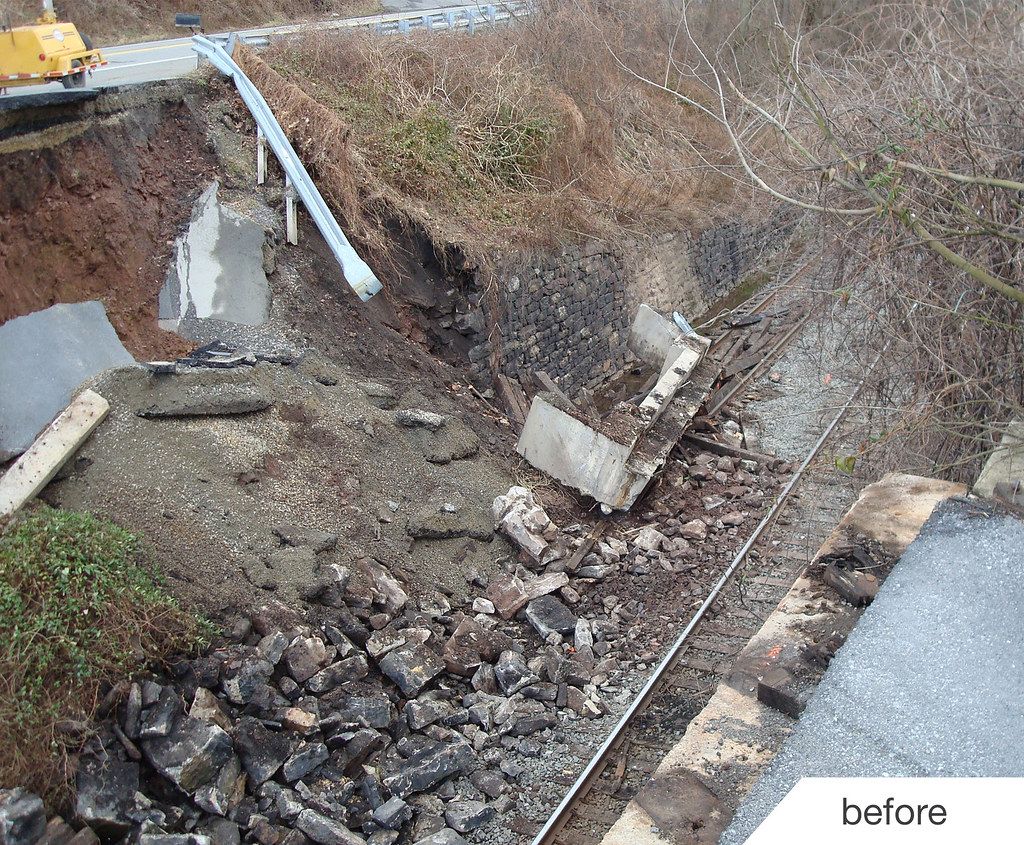 Heavy rain caused the bank below the bridge to give way, obstructing the active tracks below.

JMG Construction Company was contracted by Norfolk Southern to clear the rail road track and replace the fallen retaining wall. As workers labored to remove the debris from the tracks, Dan Schlegel, the owner of Redi-Rock manufacturing company, Paxton Precast, heard about the incident which occurred just minutes away from his production facility. "Dan literally went down to the job site and said, 'hey I have something you can use to fix this!' and gave them the blocks," said Betsy Wisniski of Paxton Precast.

The Redi-Rock gravity retaining wall system uses one ton, precast concrete blocks that rely on sheer mass to hold back the earth without reinforcement. Engineered with a patented knob-and-groove design, Redi-Rock blocks stack like giant Legos, making installation quick and easy and with minimal excavation required.

As soon as the debris was cleared from the track, the rail line was once again operational and work began to replace the old retaining wall using Redi-Rock Cobblestone texture gravity blocks. JMG Construction had previous experience installing Redi-Rock products, so they were able to get right to work. Due to the tight work area, the Redi-Rock blocks were staged a short way down the road, loaded onto flatbed trucks that moved along the rails and unloaded at the construction site. In total, the 13.5 foot (4.1 meters) tall wall was designed to include one row of 60in (1520mm) Bottom Blocks, two rows of 60in (1520mm) Middle Blocks, four rows of 41in (1030mm) Middle Blocks, and one row of 28in (710mm) Top Blocks. 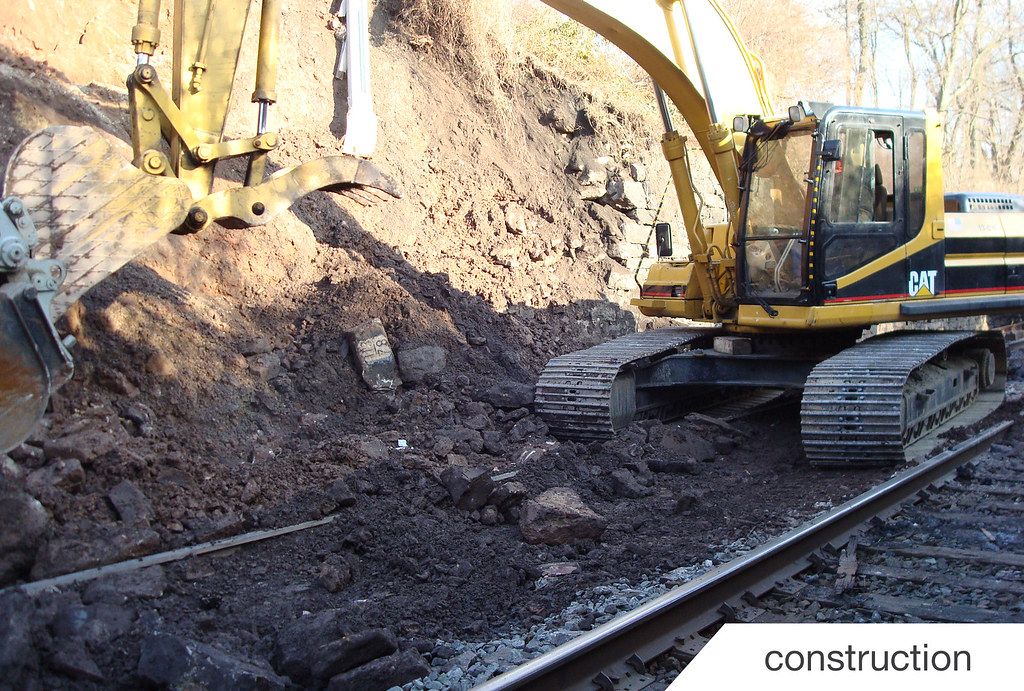 While the debris was being cleared from the tracks, Dan Schlegal, owner of Paxton Precast, went to the site to offer help in the form of Redi-Rock blocks.

The wall replacement project was completed in mid-March, and during that time, the homeowner's driveway was rerouted by creating a new road along their property and utilizing an existing level crossing a quarter of a mile down the road.

Erosion is still an issue along Route 147 in Millersburg, Pennsylvania, however it is no longer an issue for Norfolk Southern's rail line where the bridge collapse occurred.