When a Denver area hospital was expanding in 2014, they desperately needed more parking. The problem was that space to build was very limited.

To get the space they needed, the owners decided to combine two detention ponds into one, which posed significant design challenges because the site was surrounded by utilities, roads, and property lines.

Jeff Johnson, General Contractor with CalCon Constructors Inc. said, "We identified that it was going to be a pretty challenging detention structure - pretty deep, pretty narrow - with the existing site utilities and the roads that were adjacent to us."

Another challenge was the tight schedule the project was on.

"The construction schedule was very aggressive because until this work was completed, we could not start construction on the 1,000 car parking garage which was desperately needed. So the excavation took off very quickly," said Johnson. 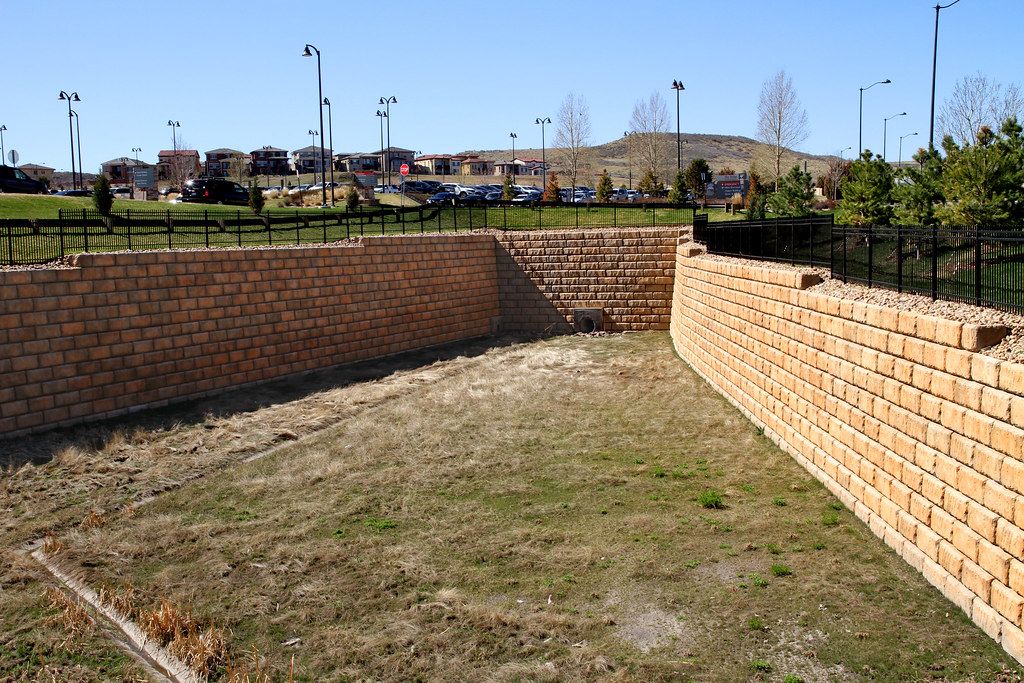 The Limestone texture was used on both Gravity and PC blocks for this detention pond, creating a seamless transition.

According to Blaine French, Wall Contractor with Slaton Bros., Redi-Rock was the best choice for this application for several reasons:

"The owner really preferred the look and the aesthetics of Redi-Rock. In this type of application with a detention pond, freeze-thaw durability and the durability wet cast concrete provides over some of the other available options with segmental concrete certainly played to the advantage of it," French said.

Redi-Rock walls can be built with minimal space requirements and are extremely easy to install. Also, all Redi-Rock products work together, which was why Redi-Rock was an ideal solution for this project. Some of the detention pond retaining walls utilized the Redi-Rock gravity system, which uses massive, 1-ton blocks to hold back the earth. However, some areas of the project design required additional reinforcement. For those areas, Redi-Rock Positive Connection (PC) System blocks were used to provide the reinforcement that was necessary while maintaining a consistent look on the face of the wall.

The retaining wall blocks for this project were manufactured locally by Signature Stone. Seth Clark of Signature Stone said, "The original concept was small block and wasn't going to work. Redi-Rock became a good solution and the owner liked the aesthetics. Additionally, we were able to color the block to help compliment the color of the hospital."

Because the owner chose Redi-Rock, they were able to use the Limestone texture consistently throughout the project, even after engineering challenges required adjustments to the wall designs.

The site ended up being more complex than anticipated, and the designs had to be edited to handle the groundwater that was appearing as the excavation went deeper.

"We ended up having to edit the design as we went along. We had to switch to a soil nail process for the lower part of the excavation and then do a reinforced block wall for the upper part of the excavation," explained structural design engineer, Wayne Thompson, P.E.. "That worked out very well, because with the soil nail we could still face it with a Redi-Rock block and still get the desired look by the end of the project."

Even though the project was slowed down due to the groundwater conditions, Johnson said it was still completed on schedule because they used Redi-Rock.

"Once we started setting the Redi-Rock, the process moved very quickly. We were able to work in multiple places at any given time and the construction of the wall was completed on schedule despite the groundwater delays, because of the time that was picked up in the Redi-Rock installation," Johnson said. 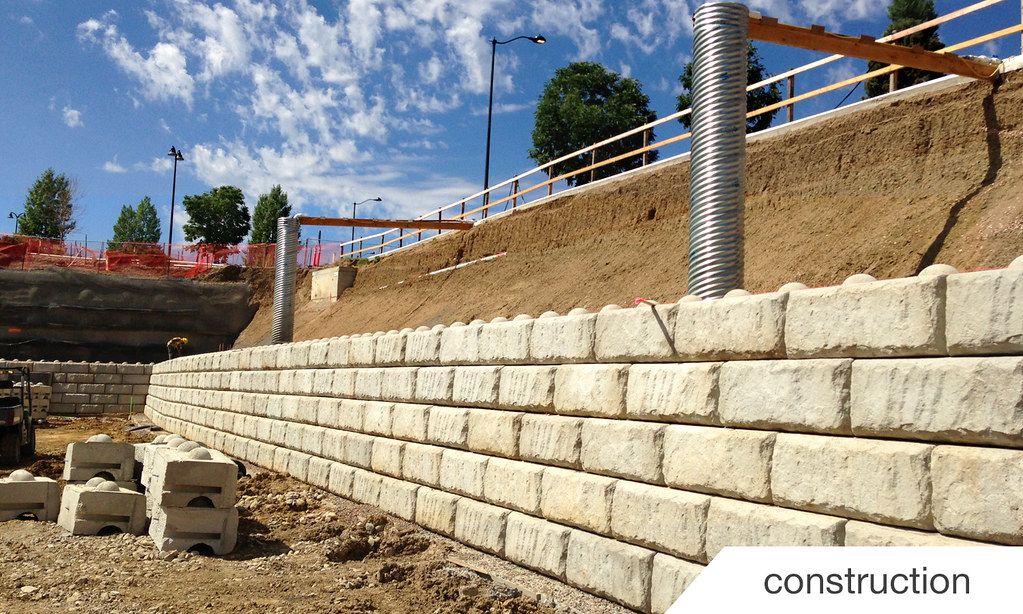 Even though the project design had to be edited throughout the process, the detention pond was still installed on schedule because of the ease of installing Redi-Rock blocks.

Because of pre-existing site utilities and property lines restricting different areas of the planned detention pond, the project had to incorporate several different types of retaining walls. The flexibility of the Redi-Rock system allowed designers to create a complete solution for the project in spite of these challenges.

"As we got into the project, I don't know that there would have been another wall system that would have fit and did all of the things that we needed to, from reinforced, to veneer, as well as some gravity sections," said French. 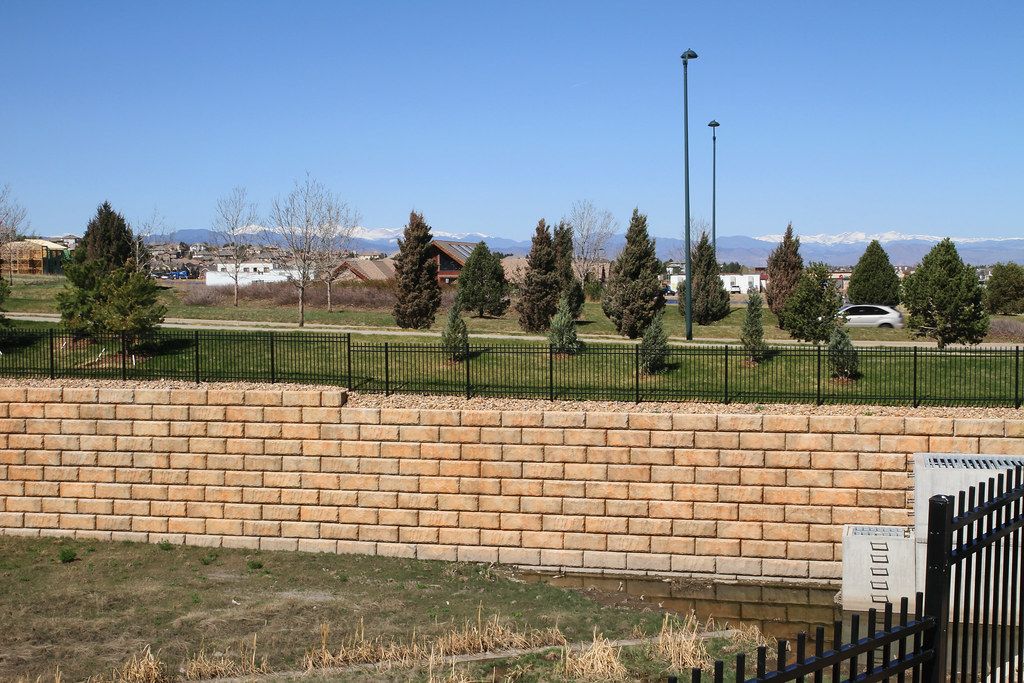 The flexibility of Redi-Rock products allowed this project to be finished in a timely manner.