When Vermont Electric Company (VELCO) and Green Mountain Power Corporation (GMP) set out to build a new substation in South Burlington, Vermont, the site slated for the project presented some daunting challenges.

The site was located on a steep bank directly adjacent to the Winooski River. Also, a transcontinental ATT fiber line ran through the center of the site and needed to be relocated before construction could begin. In addition, an existing 115 KV line and a 46 KV line ran directly overhead. To further complicate construction, two significant railroad bridges were located adjacent to the property, as was a hydroelectric dam. 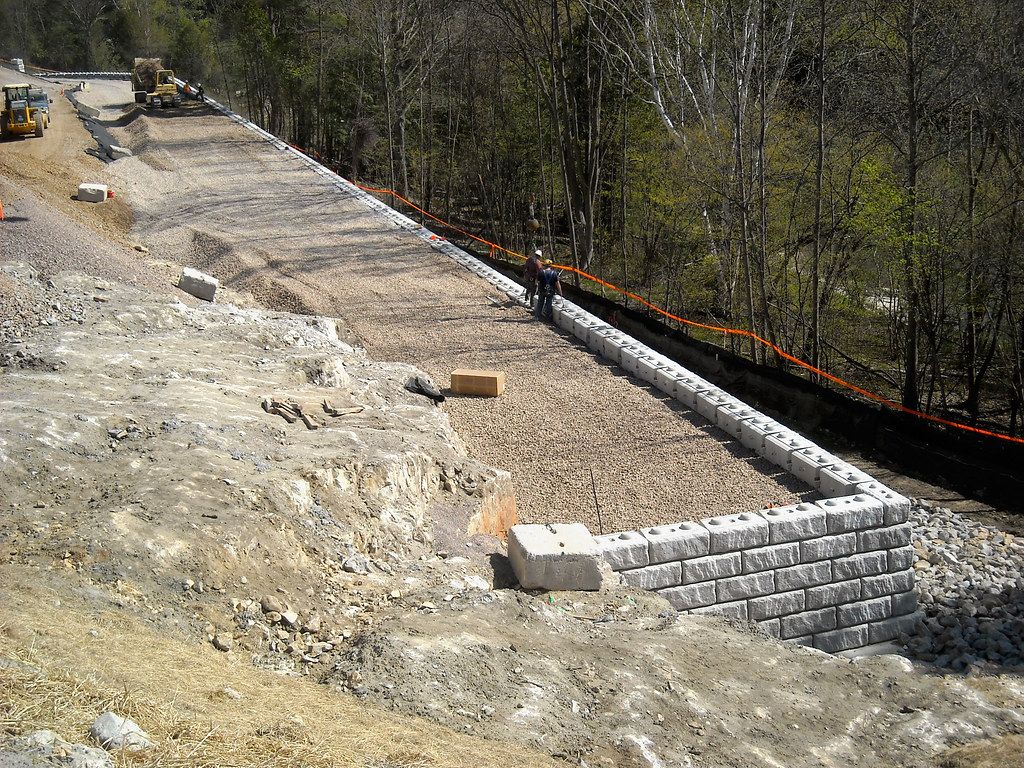 Redi-Rock was chosen for this project because the engineering firm was familiar with the product and was confident it would meet the challenges of the difficult construction site.

From the beginning, the need for tall, strong retaining walls to create a level building space was evident. The problem was that the initial design did not account for the existing conditions of the site.

"They wanted this done before we even started, so we had to come up with some creative ways to put this wall up quickly and efficiently," explained project manager Aaryn French of Engineers Construction. Part of that solution was choosing Redi-Rock retaining walls to create a level site for constructing the new substation.

VELCO and GMP chose Redi-Rock for the project based on several factors, including Engineers Construction's recommendation. "We were experienced in using Redi-Rock and are confident in the product's abilities," French said. Redi-Rock is a large block retaining wall system known for its ability to build tall gravity walls, and even taller reinforced walls. Each massive, one-ton Redi-Rock block engages with the block above and below it using a knob and groove system - creating walls that stand the test of time. The natural rock texture on the face of Redi-Rock blocks gives finished walls a natural, aesthetic look.

"The initial challenge was that this was an old waste site, so the existing material was unsuitable as a foundation for the walls. We had to dig all the overburden off the rock to get down to good rock. But we quickly discovered that it was solid ledge that sloped towards the river," said French.

The design of the project evolved as the project progressed. "The initial design looked great on paper, but when we got on-site we had to adapt the design to match the leveling pad we put in to accommodate the ledge," French said. The final design called for two, geogrid-reinforced Redi-Rock retaining walls in the Limestone texture. One 760 foot-long (232 meter-long) wall that stood 27 feet (8.2 meters) high at its highest point, and another 240 foot-long (73 meter-long) wall that stood 16.5 feet (5 meters) tall at its highest point. The longer wall included a radius on one end and a 90 degree turn into the slope on the other end. The base of the walls was above the flood plain, so the wall design did not need to account for river flow.

To create a foundation for the retaining walls, Engineers Construction designed and excavated the ledge to reshape it using mechanical devices and blasting. Then, they installed rock anchors into a 700 cubic foot (20 cubic meter) concrete leveling pad. The rock anchors extended 6 feet (1.8 meters) into the ground at intervals of twelve inches (304.8 millimeters) for the entire length of both walls. Since the leveling pad had to follow the contour of the land, several "steps" were required. "The steps were challenging based on the way the Redi-Rock went together. We had to really be careful where we located the steps so that they coincided with the dimensions of the blocks," French said.

One of the ways Engineers Construction kept the project on schedule was by installing the Redi-Rock blocks directly from the delivery truck onto the wall. Redi-Rock installs like giant Lego blocks, using an installation crew and a backfill crew. For this project, the crews used a Link Belt TCC 450 telescopic crawler crane to install the blocks as well as backfill. Each block was placed in less than a minute, allowing the entire 21,200 square foot (1,970 square meter) wall to be installed in just 12 days.

"Once we got started, we were installing 10-12 loads a day," French explained. That equals roughly 325 Limestone texture Redi-Rock blocks, or 1,900 square feet (177 square meters) of walls installed every day for 12 days. From a production and delivery standpoint, Redi-Rock Walls of New England did an outstanding job of coordinating efforts to meet the needs of this challenging project.

This project received a "Rocky Award" for Commercial Project of the Year in 2010. 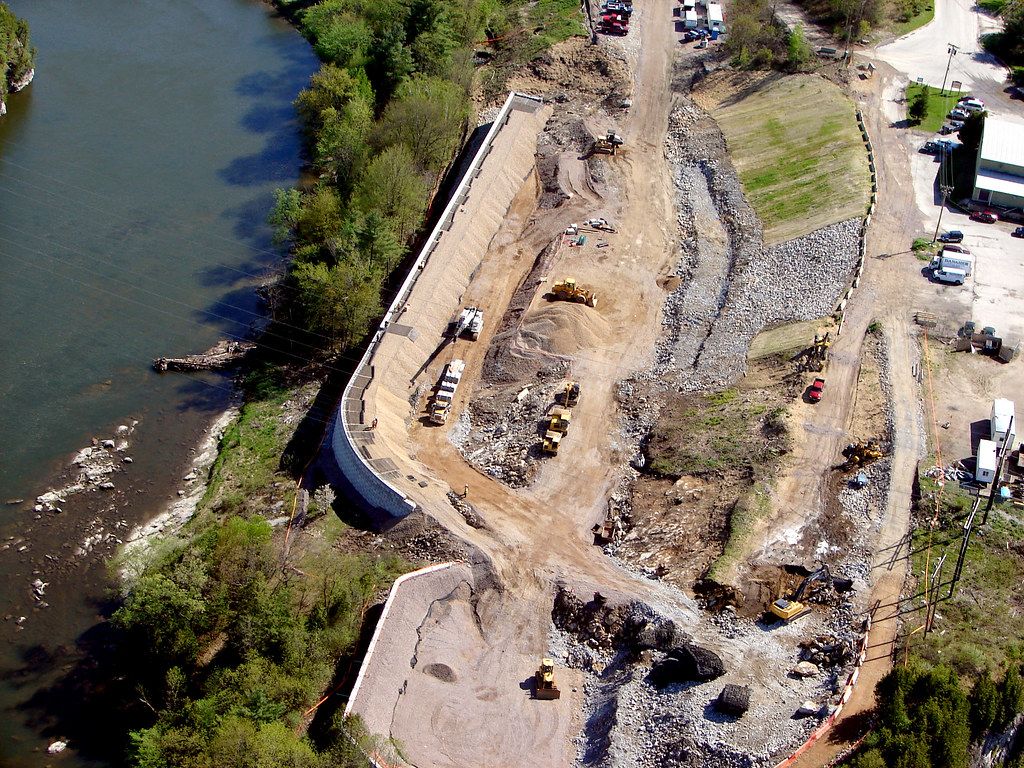 This aerial view shows the magnitude of the project as well as the uniquely challenging site conditions.