When a road turns into a raging river, it becomes both dangerous and damaging. This is exactly what happened in July 2013, when the City of Lebanon, New Hampshire, was swamped with more than four inches (102 millimeters) of rain within 48 hours - two inches (51 millimeters) fell in just 45 minutes. The deluge caused flash flooding which left residents stranded and cost $6.5 million in infrastructure damage. The biggest chunk - $3.4 million - was slated to repair Slayton Hill Road, which was washed out during the storm. 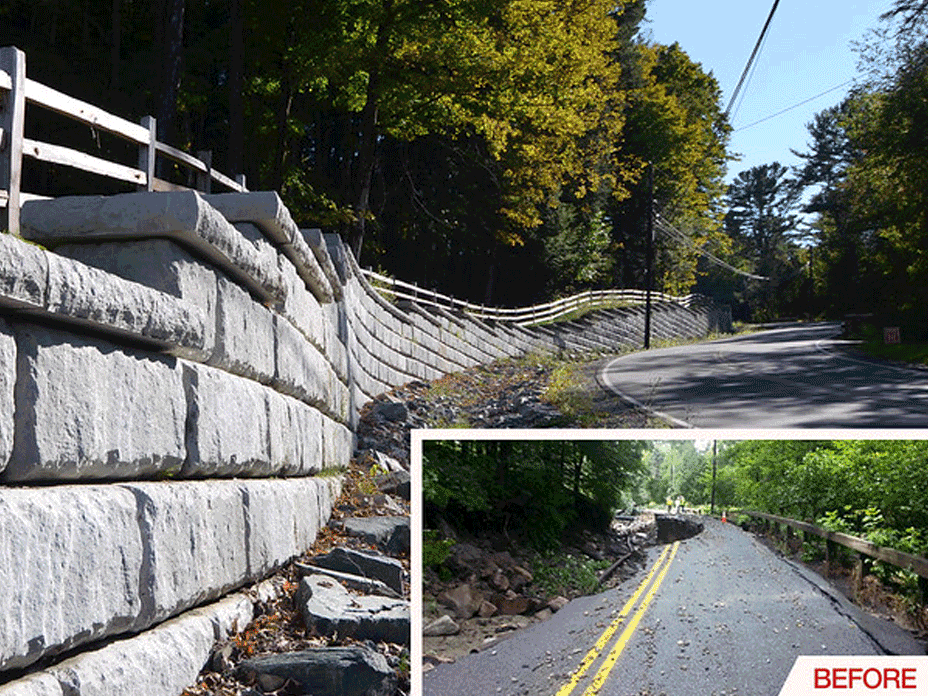 Slayton Hill Road, a main throughway, was washed out during the flooding, which prompted a retaining wall to prevent future damage.

According to city officials, washouts on this road had been an ongoing problem. Stantec Engineering (formerly Fay, Spofford & Thorndike) was asked by the City to assist with the design of emergency repairs and tasked with coming up with a more resilient solution.

An additional challenge was to complete the project quickly to keep traffic moving and allow access to residents, including a housing complex at the bottom of the hill. The solution needed to reinforce the land along the road in a timely manner, as well as be durable enough to withstand salt spray and aesthetically maintain the character of the scenic roadway.

Based on these criteria, Redi-Rock was chosen for the job.

"Slayton Hill Road is a vital throughway for many Lebanon residents," remarked Bryan Sicard, local Redi-Rock Representative. "Redi-Rock was an ideal fit to rapidly rebuild the damaged road and infrastructure."

Eric Merluzzi, P.E., Independent Wall Designer explained, "Using Redi-Rock Gravity walls up against a bank saves excavation work, which speeds up the project and is more economical. Along with the drainage pipes, a stable retaining wall will prevent future washouts."

Redi-Rock is an engineered precast retaining wall system that uses one-ton blocks that stack up like giant Lego blocks. Because the blocks are so massive, the Redi-Rock Gravity system can rely on gravity to hold the wall up in many applications. Gravity walls require less excavation, minimizing disturbances to nearby homes and infrastructure. And, because each block is manufactured using architectural-grade precast concrete, Redi-Rock walls stand up to harsh elements.

Since construction was completed, Lebanon has been battered by many more storms; however, Slayton Hill Road has remained passable and intact.

Both city officials and residents have been pleased with the retaining wall along Slayton Hill Road.

"As a New Hampshire resident, I know the locals value the natural beauty of our state's rugged landscape," commented Sicard. "The Limestone blocks provided a natural 'chiseled rock' aesthetic that blends beautifully with the surrounding landscape." 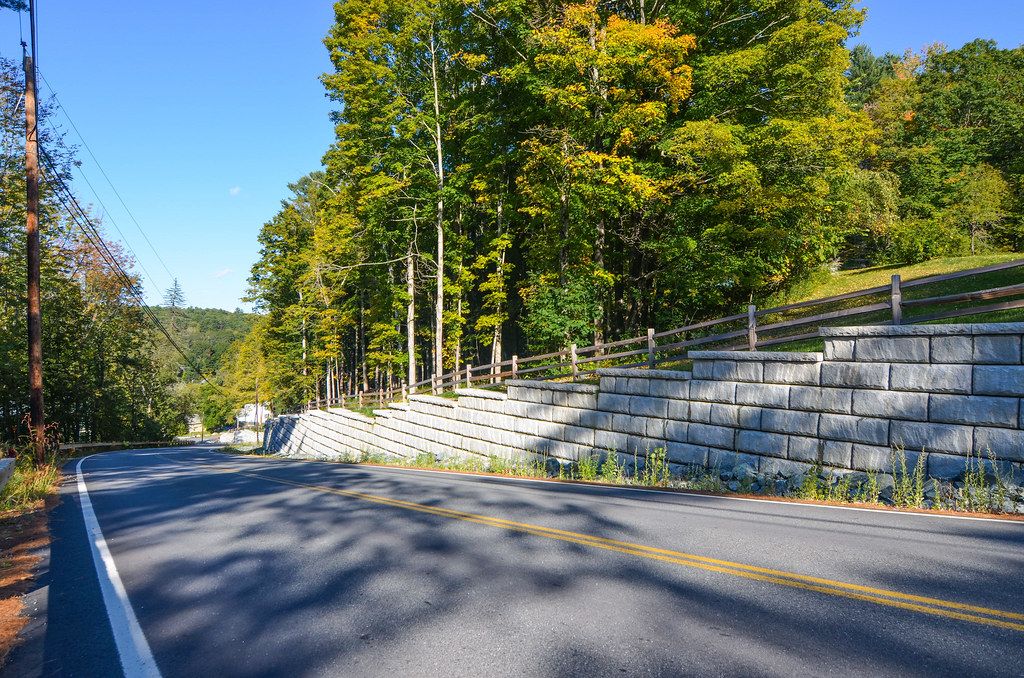 City officials and residents along Slayton Hill Road were very pleased with the finished product. The walls not only look great, but have prevented further wash outs.