How to Keep Traffic Moving During Road Construction

Gravity retaining walls get traffic moving ahead of schedule

Earlier this year, the Kentucky Transportation Cabinet (KYTC) made plans to widen US-31 East in Larue County, Kentucky. The project included softening a sharp curve as well as reinforcing an eroded stream bank below the roadway.

To accomplish this, the project required two retaining walls to support the roadway. Bo Warren, PE is a Transportation Engineering Supervisor for the Kentucky Transportation Cabinet, and he explained that "it was important for these walls to be gravity structures because of the close proximity to the existing traffic flow and the requirement to have one lane of traffic flowing during construction. If the walls had been tieback walls, the whole road would have to be shut down for excavation until the walls were built." 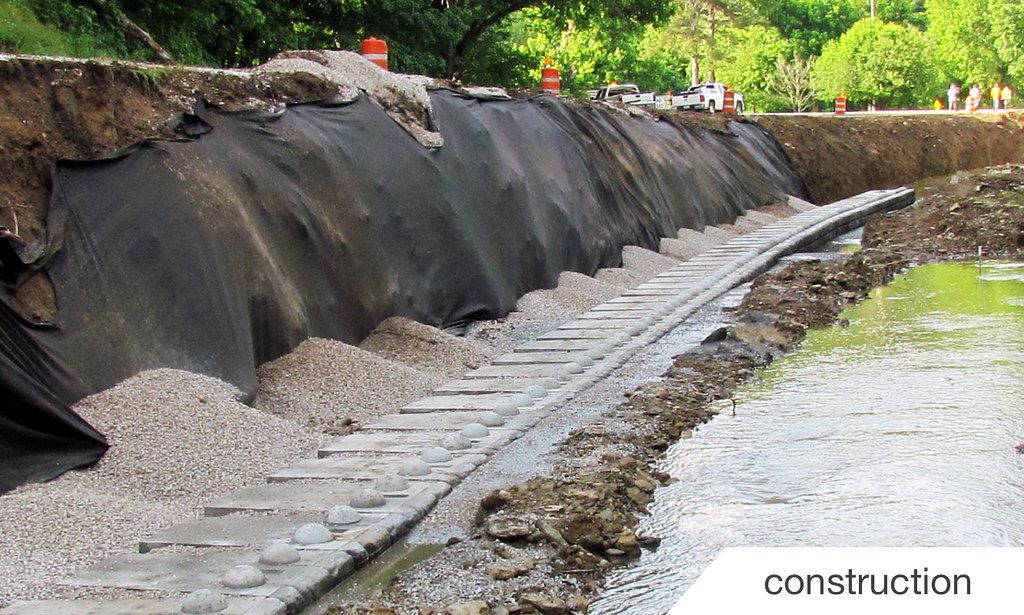 When bad weather slowed construction of the overall road widening project, crews were able to continue installing the retaining walls.

Knowing that the solution needed to be gravity, designers turned to Redi-Rock from local manufacturer Redi-Rock of Kentuckiana. Redi-Rock is known for building tall walls that require no reinforcement, using massive 41in (1030mm) deep precast gravity blocks weighing as much as a Budweiser Clydesdale. This particular project also utilized Redi-Rock 60in (1520mm) base blocks, which weigh as much as a Corvette.

Using these massive blocks allowed the project to:

Over the course of this project, the general contractor Salsman Brothers lost approximately four weeks due to bad weather. "The wall installation wasn't affected by the bad weather though. We could keep working on the walls when we couldn't do anything else. This helped us get traffic open before the project's completion date," explained David Woford, PE of Salsman Brothers. "Versus conventional cast in place retaining walls, Redi-Rock probably saved us about 15 days," Woford said.

Below the walls lie a creek that floods during large storm events. "We had to do a rapid drawdown analysis on the walls and that's what controlled the global stability," explained wall design engineer, Clint Hines, PE of JC Hines and Associates. "There were also a couple of pipe penetrations through the walls, so the Redi-Rock walls really act as the headwalls." Above the walls is a 2:1 crest slope that is 5 feet (1.5 meters) tall, then the road shoulder, a guard rail, then the widened lane of US 31.

"It looks good and it functions well. Installation went well; after the first course of blocks was installed, the rest just flew in," Warren said. 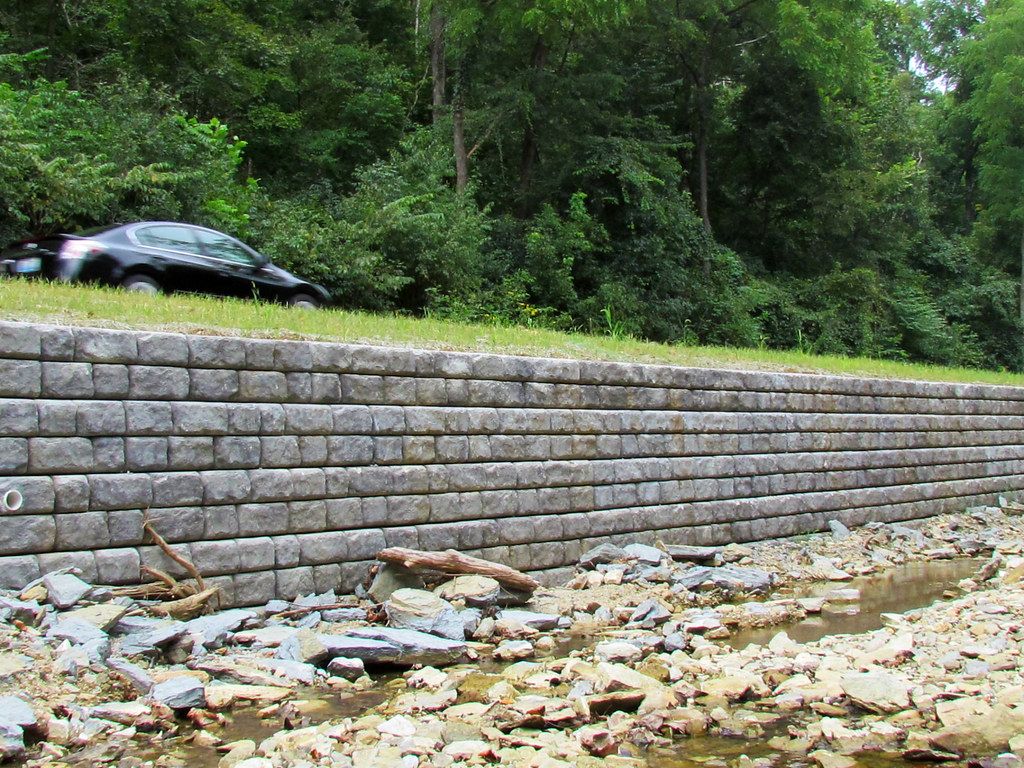