When Clermont County in Ohio needed to repair a deteriorating bridge, they needed a solution - and fast. The county had a tight deadline to have the Elmwood Road Bridge back up and running, so finding a solution that allowed them to finish the bridge repair on schedule was a top priority.

The bridge's original abutments were composed of crumbling concrete blocks and natural stone. Fortunately, the bridge deck was still in good condition, so it was able to be reused.

"The quickest way to repair the bridge was to remove the beams and replace the abutments using Redi-Rock blocks, similar to what we did on the Gaynor Road Bridge," explained Clermont County's Bridge Engineer Todd Gadbury, P.E.

Massive, one-ton Redi-Rock blocks are known for their ability to harness the power of gravity to build tall walls that often don't require reinforcement. The blocks stack like giant Lego blocks, making them quick and easy to install using an excavator and a small crew. 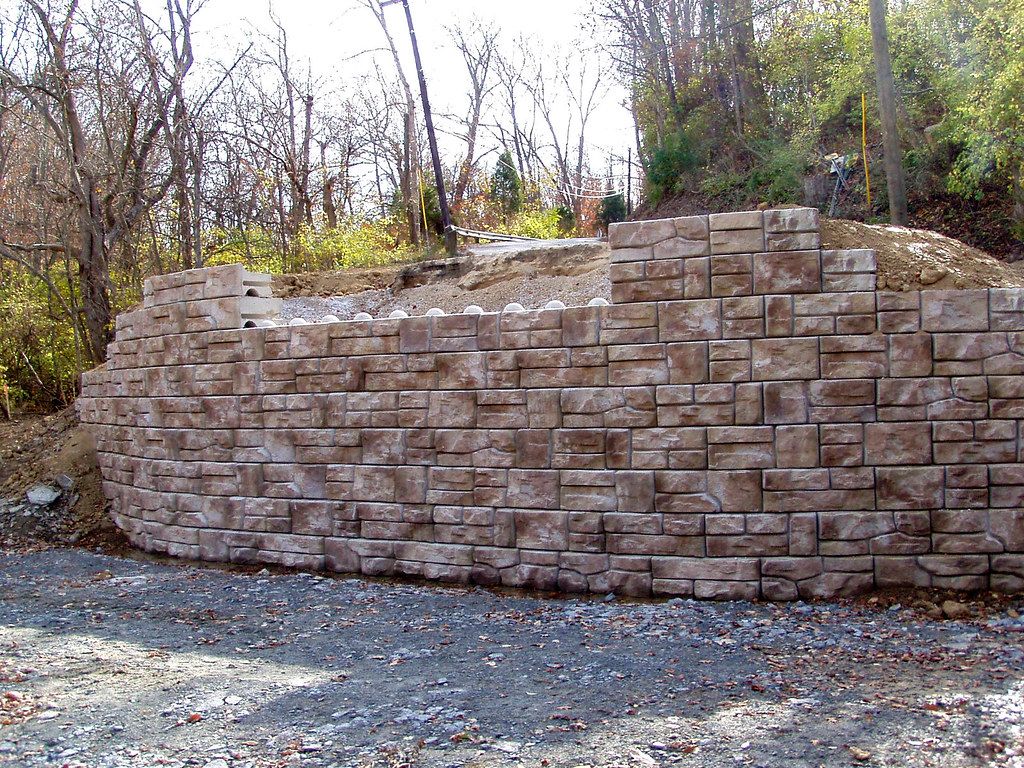 Redi-Rock installs fast, which allowed this bridge project to be installed on a tight deadline

The county's engineering office decided to use the Redi-Rock Ledgestone texture. "It looks good, and we've gotten a lot of compliments. It adds nice character to the bridge," Gadbury said.

Gadbury designed the abutments using Redi-Rock 41in (1030mm) solid blocks, which allowed the abutments to be built as gravity structures. The design called for a 4 by 4 foot (1.2-by 1.2 meter) reinforced footer for which the crew had to excavate down into bedrock and shale. The first course of blocks was at creek level.

Gadbury designed a reinforced concrete grade beam to be placed directly atop the Redi-Rock abutments to help distribute the load throughout the walls. Because the abutments did not require excavation for reinforcement, the county's crews saved on installation time and costs.

The Redi-Rock blocks were manufactured off-site by local manufacturer Redi-Rock Structures of OKI, so the walls did not require provisions for heating and curing as cast-in-place would have, even though they were installed during the cold Ohio winter.

In total, the abutment walls stood 13.5 feet (4 meters) tall. Construction of the project was completed within two months from start to finish.

Redi-Rock is the perfect solution for projects that require fast, aesthetic solutions. The ability to build tall gravity walls and coordinate retaining walls, freestanding walls, and more give you the flexibility you need to build your next road or bridge project.