Minimizing traffic disruptions was a major priority when Walla Walla County in Washington launched a highway widening project in 2011. The project called for a 500 foot (152.4 meter) long wall that would be 16.5 feet (5.03 meter) tall at its highest point, and it had to be built in a tight space without disturbing traffic on a vineyard/winery access road parallel to the highway some 30 feet (9.14 meters) above. 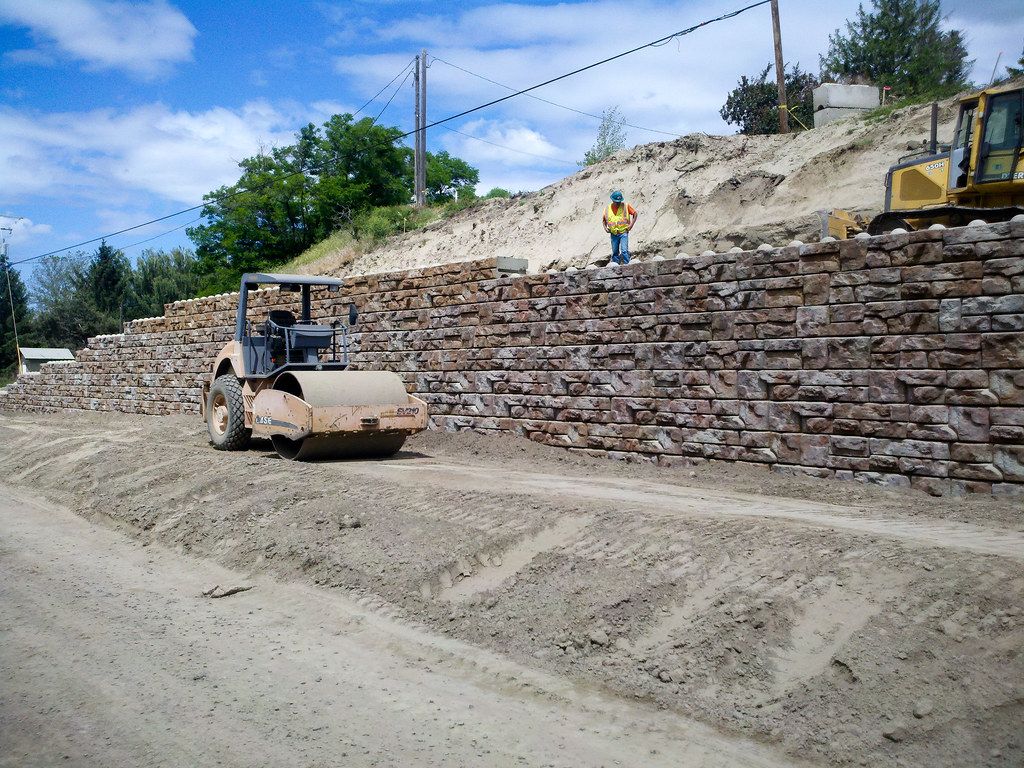 The Redi-Rock system can be installed within a small footprint which allowed traffic to keep moving during this road widening project.

Searching for a retaining wall solution that would allow the County to construct a tall gravity wall while adhering to the traffic stipulations, Walla Walla engineers turned to Redi-Rock. Both engineering and aesthetics were major benefits of the Redi-Rock gravity system in this application.

Redi-Rock is an engineered, precast retaining wall system that utilizes massive blocks weighing over one ton each to create usable land. Each Redi-Rock block is cast in a mold taken from natural stone, giving projects an aesthetic stone finish.

"Redi Rock's ability to provide a 60in (1.52m) block allowed the wall to meet bearing and stability requirements without using reinforcement," explained David Eids, Chief of Engineering & Construction for the Walla Walla County Dept. of Public Works. "This also minimized the excavation required which allowed the access road to remain open during the project." 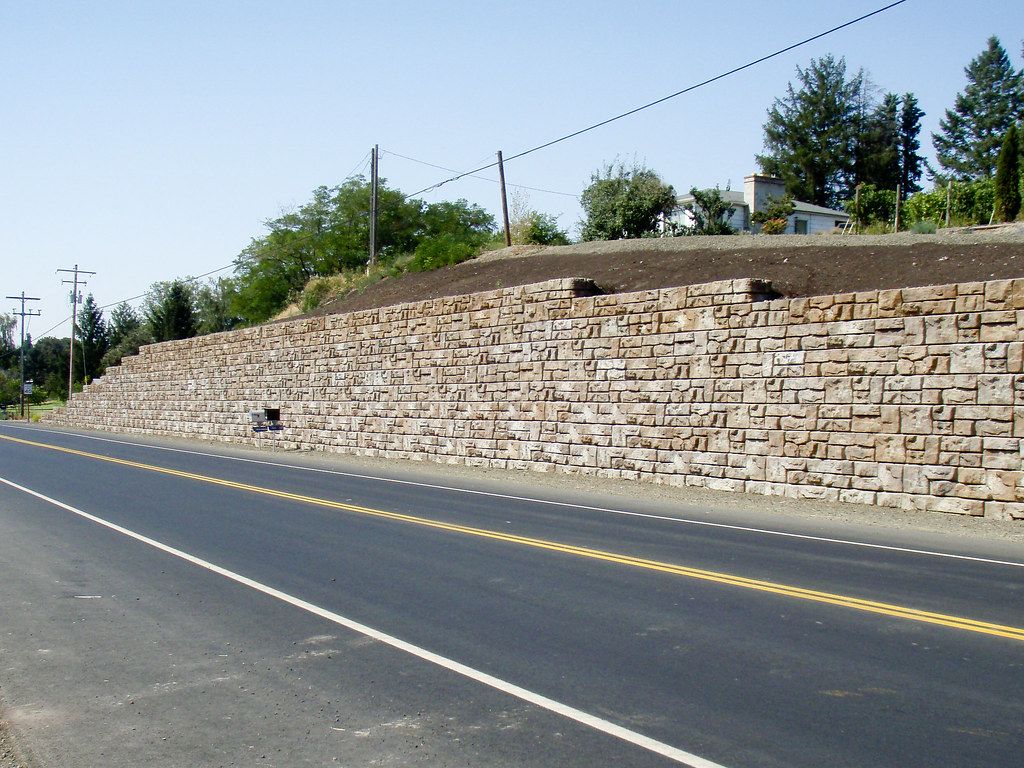 The Ledgestone texture of the Redi-Rock retaining wall looks great while holding back the earth alongside this roadway.

"Other alternatives considered would have required additional excavation and impacted the access road to the residence and winery," Eids said.

The superior aesthetics of the Redi-Rock system was an added benefit on this project. Redi-Rock is available in three natural stone textures, and the County felt that the Ledgestone texture would be the best fit for the project.

"Although rural, this area borders an urban area with numerous wineries," Eids explained. "It was felt that the Ledgestone finish could decrease the possibility of graffiti and the colored natural rock type finish would blend in with the surrounding terrain." 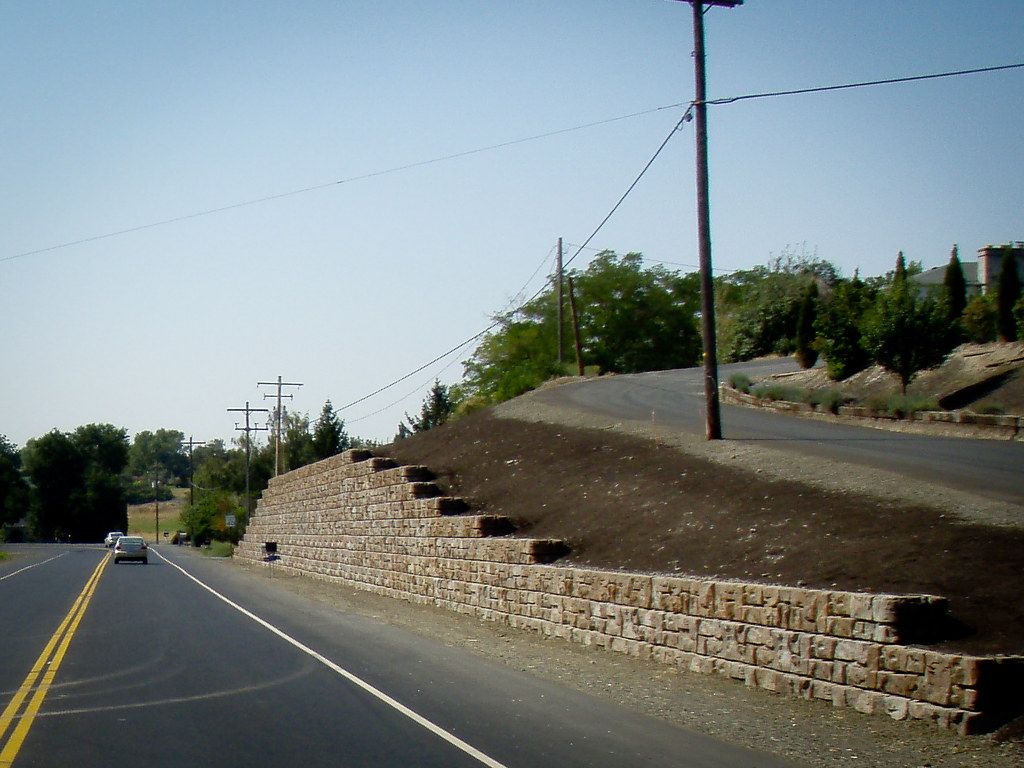 In total, the project required 989 Redi-Rock blocks, equaling roughly 6,000 square feet (557.42 square meters), and the installation phase of the project took only 3.5 weeks.

The County was so pleased with the outcome of this project that they've since specified Redi-Rock for another project where Redi-Rock gravity walls were designed as bridge abutments.