When a development in Lenoir City, Tennessee required a new bridge, the owner wanted to do something different than standard bridge abutments.

"The owner needed a wall to contain the abutment fills so the bridge could be shortened to a single span bridge. If retaining walls for the abutments had not been used, a much longer three-span bridge would have been needed," explained Blalock Construction's Dale Dockery. 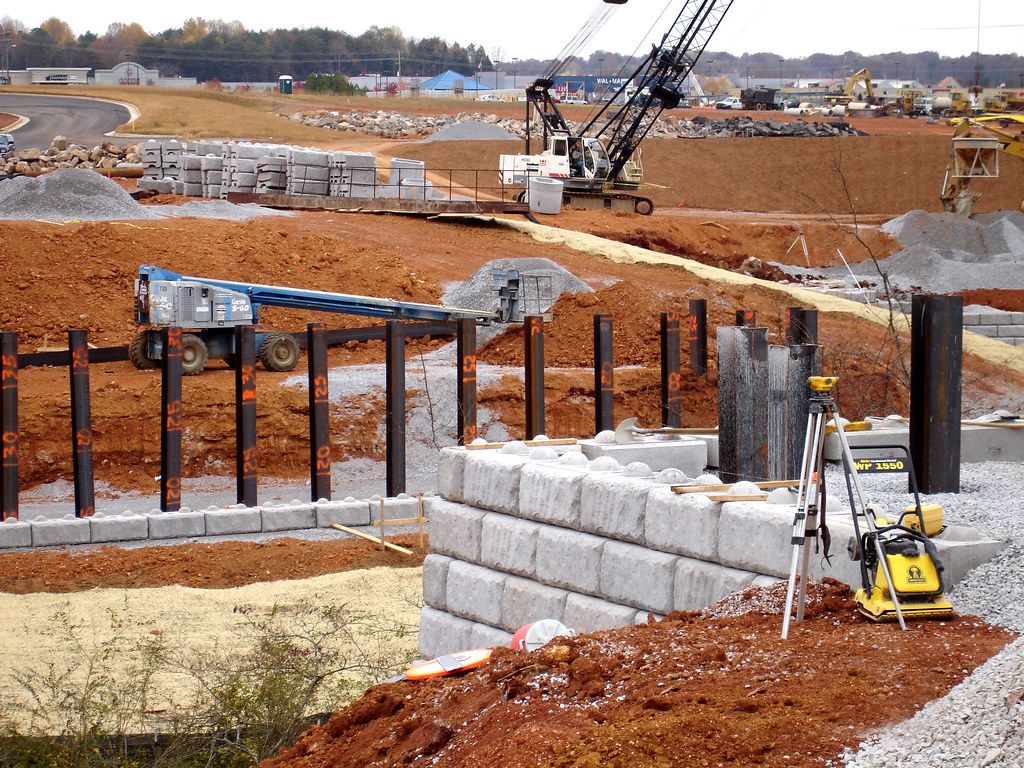 By installing Redi-Rock blocks, the developer of this project was able to save money by shortening the span of the bridge.

To shorten the span of the bridge and save money, the general contractor proposed a precast, massive retaining wall system. The developer liked the aesthetics and the design of the Redi-Rock system and chose Redi-Rock as an alternative to a conventional tie-back system or conventional concrete cantilever wall bearing on piles. Plus the blocks were manufactured locally by Blalock Ready Mix, cutting freight costs.

The Redi-Rock retaining wall system utilizes massive, one-ton blocks to harness the power of gravity and build walls that often don't require reinforcement, and even taller walls with reinforcement.

"There was a stream with an existing sewer line near the stream embankment that would have had to be moved if a tie-back or conventional concrete cantilever wall-bearing on piles had been used," Dockery said.

The City chose Redi-Rock Limestone textured blocks, which gives walls a natural look and is consistently chosen for projects where aesthetics are important. The blocks are made of wet-cast concrete and cast in molds taken from actual quarried limestone, providing more detailed texture, greater durability, and longer maintenance-free service life. "The Redi-Rock walls looked fantastic in comparison to the standard walls that are commonly used in bridge abutments...[Redi-Rock] was easy to install, it was easy to engineer, and there are a lot of options for finishes," said Robert Saunders, P.E. of GEO Services, LLC. 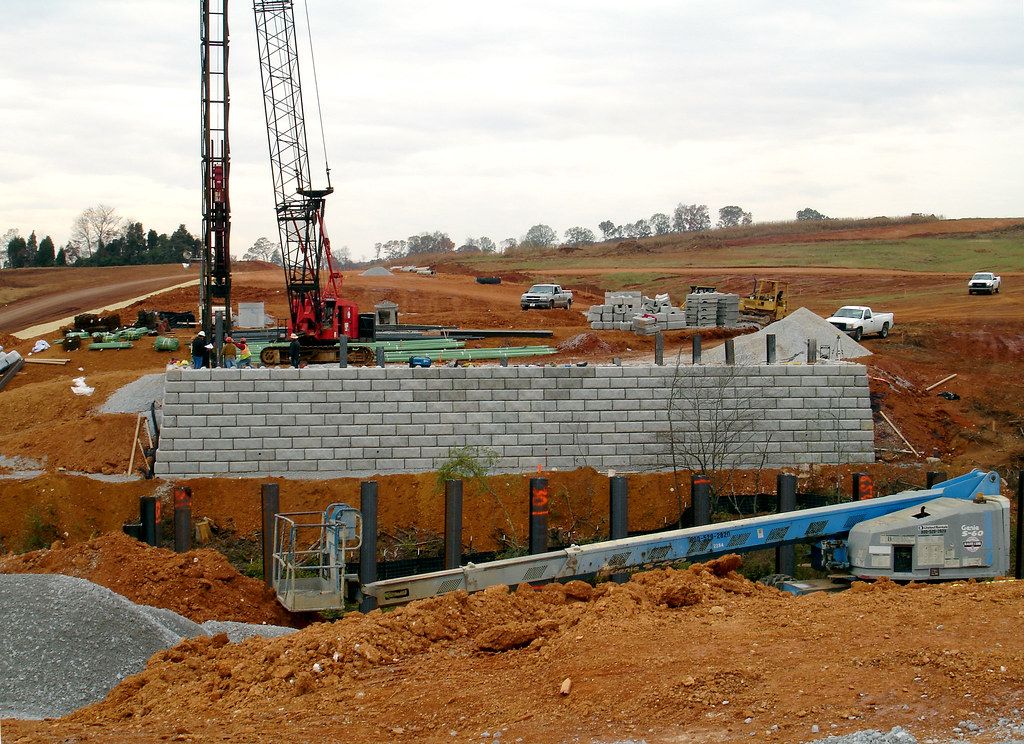 Redi-Rock is easy to install because a small crew can simply use a piece of heavy machinery to stack the interlocking blocks, like giant Lego blocks.

"There are sections of this wall that were left gravity and [Redi-Rock Wall Analysis Software] definitely helped in engineering it. For the reinforced sections, we used the NCMA program (SRWall)," Saunders said.

The abutments were built using Redi-Rock 28in (710mm) blocks and stand 16 feet (4.9 meters) high at highest point, are 100 feet (30.5 meters) long and encompass a total of 5,700 square feet (529.5 square meters). The reinforced sections of the walls utilize geogrid in every other course.

To install, the crew excavated to the bottom of the wall elevation, then the abutment-bearing piles were installed in the reinforcement zone behind the walls before the wall backfill and reinforcement could be placed. In total, the Redi-Rock abutments took only 12 days to install. 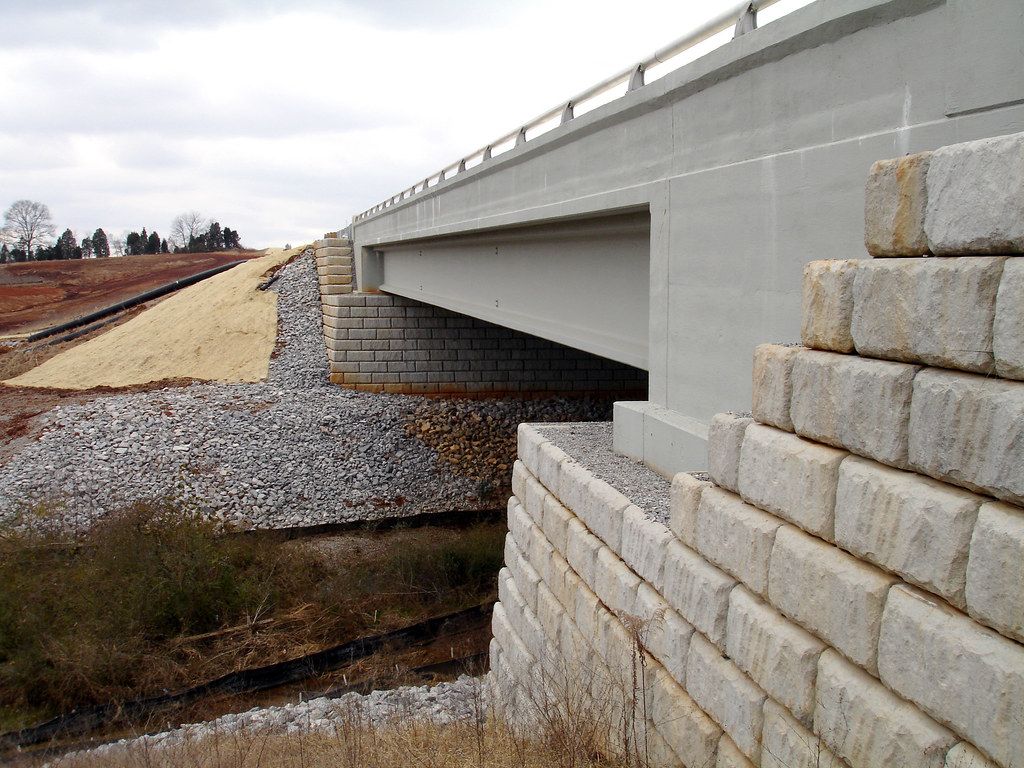