Prior to 2020 when the project began, the existing conventional diamond I-71/I-75 interchanges and two-lane crossroads at KY 338 (Richwood Road) and KY 536 (Mt. Zion Road) were causing severe traffic bottlenecks and safety issues. The limited number of lanes, alternative routes, and options for pedestrian traffic were creating severe delays for those living, commuting, and traveling in the area.

To support the interstate’s heavy flow of passenger vehicles and freight transportation, plans were made to replace the two traditional diamond interchanges with a new intersection design known as a Diverging Diamond Interchange (DDI), or Double Crossover Diamond (DCD) interchange to improve safety and traffic flow.

Only the second and third DDIs to be built in Kentucky, the state’s transportation department is relying on the interchange design to reduce traffic delays and accidents around interstate ramps. A DDI design briefly shifts traffic to the left—or opposite—side of the road at a crossover section before shifting it back to the traditional side of the road. The design eliminates the need for left-turning traffic to cross paths with oncoming traffic, greatly reducing the chance of collisions.

The large-scale transportation project specified the construction of 16 Redi-Rock gravity walls to support a selection of the project’s infrastructure upgrades:

The massive project was a tri-venture between Eaton Asphalt, Haydon Bridge Company, and the John R. Jurgensen Company. Haydon oversaw various aspects of the massive project including the selection of its retaining walls.

“The project called for cast in place gravity walls,” explained Haydon Bridge Company Vice President, Marshall Haydon.” But we went with the Redi-Rock option because we believed it would go at a much faster pace...and possibly get ahead of schedule.“

Clint Hines, P.E. principal of J.C. Hines and Associates was tasked with the design of the project’s over 23,000 square feet (2136 square meters) of retaining walls containing almost 3,000 Redi-Rock 41in (1030mm) Hollow Core blocks.

“With the 41HC (1030mm) Hollow-Core block, you basically get all the structural advantages of the 41HC (1030mm) solid block, with 28% less weight,” noted Hines. The hollow-core block can be used in conjunction with any other Redi-Rock block to create optimized wall sections. Redi-Rock’s weight calculations, preliminary height guides, and Redi-Rock Wall+ software ease the transition to incorporating the blocks into wall designs.

The natural aesthetic of Redi-Rock Ledgestone texture was selected to blend seamlessly with the exposed rock face found naturally throughout the state. 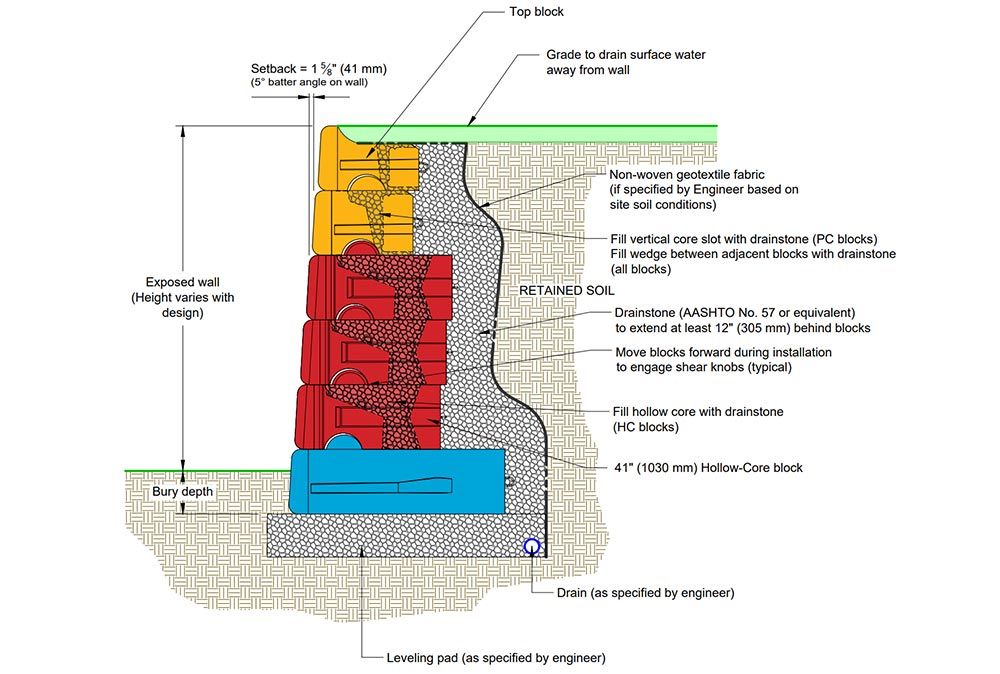 On even the most expansive transportation projects, compared to cast-in-place walls, Redi-Rock offers: 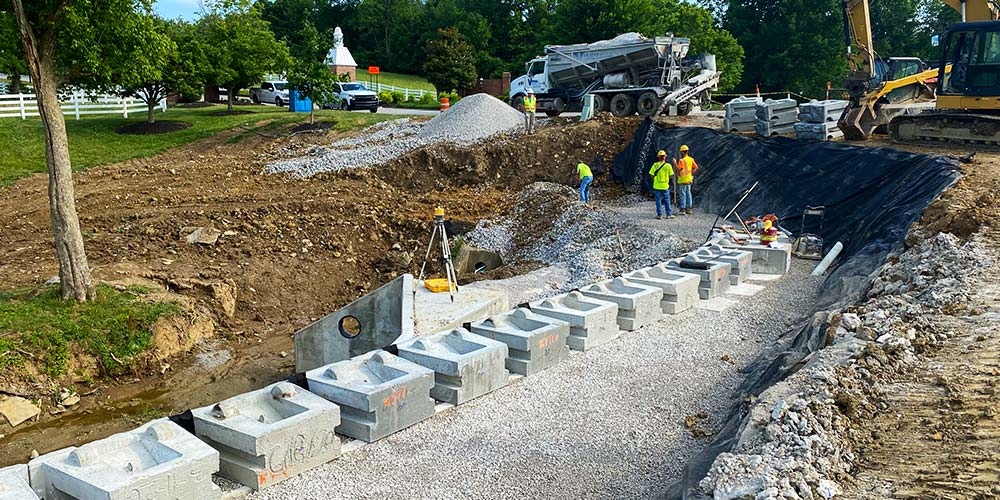 A gravity wall prepares the Richwood Rd. and Triple Crown Blvd. intersection for a new roundabout.

The massive project, rooted in the implementation of innovative design, has made transport in northern Kentucky safer and more efficient. The infrastructure upgrades have increased through and turning capacity on Mt. Zion and Richwood Roads, reduced backups at the I-75 entrance and exit ramps, and considered the needs and safety of pedestrians in two of Boone County, Kentucky’s heaviest traffic areas. Bold civil design concepts like Diverging Diamond Interchanges will continue to change the way America commutes and the way contractors approach the materials used in this critical infrastructure.

Haydon’s positive experience with Redi-Rock prompted them to continue their work with Vittitow and the team at Redi-Rock K.I.T. on another nearby interchange project.

“The construction process is very fast paced and everyone that we have dealt with on the Redi-Rock side has been very good to deal with,” said Haydon.” We actually changed a cast-in-place gravity wall to a Redi-Rock wall on the Graves Road project in Hebron, Kentucky once we saw how well the walls were going on this project.” 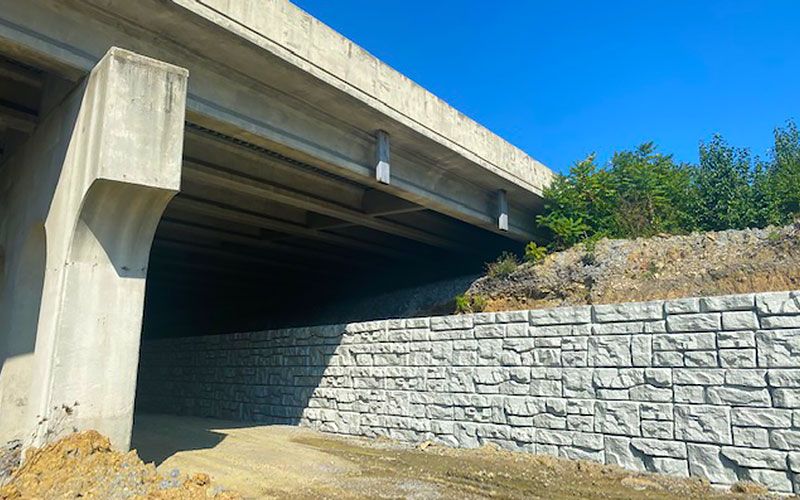 Shared-use paths were incorporated underneath both interchanges to facilitate safer and more efficient pedestrian flow.