When the Four Feathers Winery near Kennewick, WA began construction on a new production facility, they had a unique design in mind. The topography of the site allowed the company to design a production system that utilized gravity to help improve the process of moving grapes through the facility.

The challenge was that the grapes needed to be unloaded from semi-trucks into a conveyer system that started at the top of a 19 foot (5.8 meter) tall ledge, and the winery needed to create a vertical wall that could support the weight of the roadway and trucks above, create space for all the necessary equipment, and also look good. 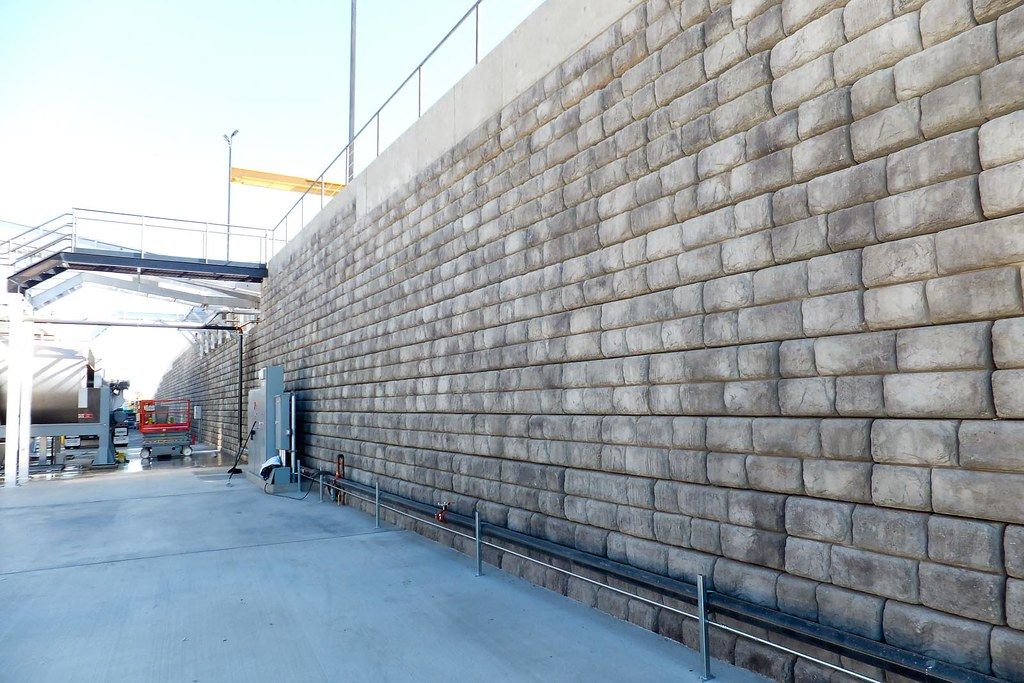 Cobblestone blocks were used to build the tall Redi-Rock reinforced wall at this winery facility.

Rod Chumley owns Scout Lake Excavation and is also part-owner of the winery. Chumley has been building retaining walls for over 20 years, and recommended Redi-Rock as the best solution for the wall construction.

"I would not feel comfortable putting in a wall that high in any other block on the market than the Redi-Rock PC [Positive Connection] block. It was that impressive to me," Chumley said. "Where else can you find a wall that you can stack 19 feet (5.8 meters) high vertical and then run semi-trucks across the top?" 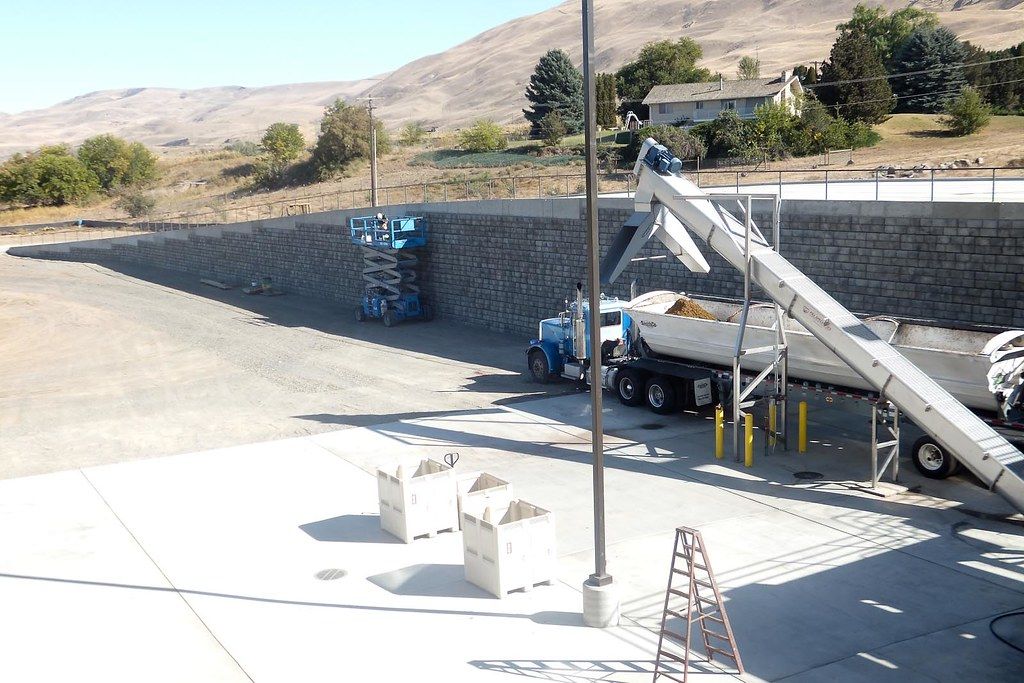 A truck is being loaded next to the Redi-Rock retaining wall that supports the road above.

"One of the advantages of the wall is that it gives us the ability to receive fruit on a gravity system. We receive fruit 21-24 tons at a time. We're using that elevation change that the wall has afforded us as a benefit," explained Dave Copeland, Operations Manager at Zirkle. In addition to the semi-trucks, the wall was also engineered to withstand the load of a 7.5 ton (6.8 metric ton) crane.

The PC wall was an excellent fit for this project, agreed John McKervey, P.E., principal of JM Engineering. "The PC system allows for an attractive retaining wall capable of supporting virtually any loading situation and the wall system is relatively easy to design," he said.

The efficient connection the PC System allows was a major benefit to this project. "The way that the geogrid connects through the block creates a solid connection because the grid goes all the way through the block rather than just being connected on one small portion of the block," McKervey said. "It makes a strong connection between the block back into the soil behind it and there's really no chance of a connection failure with this system." 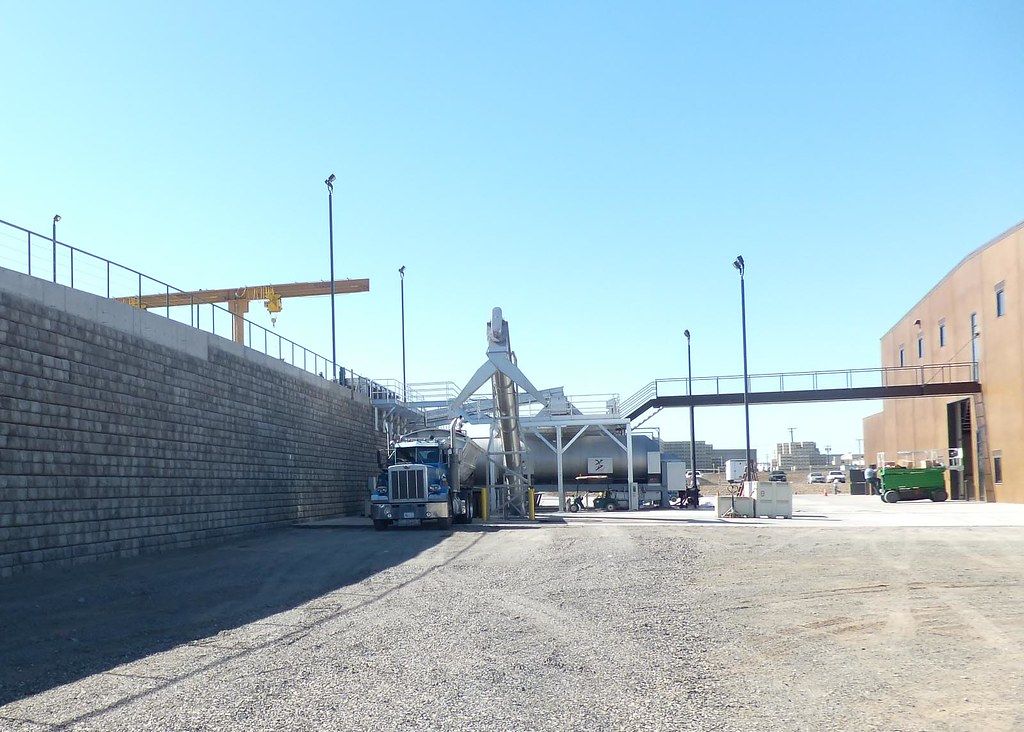 This winery's Redi-Rock wall was designed to withstand the weight of semi-trucks as well as a 7.5 ton (6.8 metric ton) crane.

Additional benefits of using the PC System on this project included: 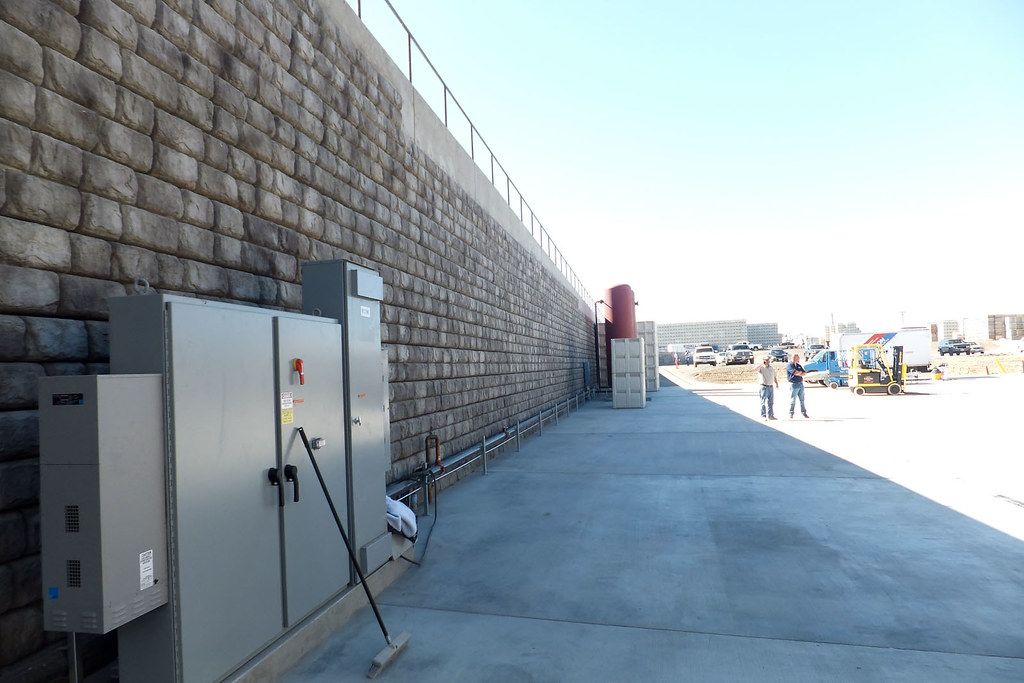 This retaining wall was 19 feet (5.8 meters) tall at its highest point and was installed in only 3 weeks.

"There have been people all the way from Italy who've come to check out the wall. Everyone has to come check out the great wall. There's nothing around here like it," Chumley said.

The combination of structural integrity, vertical setback, lower cost, quality components, and fast installation made the Redi-Rock PC System a great choice for this project!