When the City of Monroe, Michigan was renovating its historic Veteran's Park in 2008, they needed to protect the park's shoreline on the River Raisin.

The Veteran's Park commemorates veterans of all wars, including veterans of the bloodiest battle fought on Michigan soil during the War of 1812. The Massacre of the River Raisin occurred in 1813, when American troops fought the British and their Native American allies for control of the Great Lakes. Outnumbered, the Americans surrendered to the British but were later massacred by the Native Americans. The site of this battle is commemorated by the Monroe Veteran's Park and several other parks, one of which was elevated to the status of River Raisin National Battlefield Park by Congress and President Obama in 2009.

As part of the park renovation project, the City needed to stabilize the banks of the River Raisin using retaining walls. Since the river is under the jurisdiction of the US Army Corps of Engineers, any shoreline protection measures needed to be specified by the USACE.

Redi-Rock retaining walls protect the shoreline of the River Raisin. A Veterans Memorial here received a much needed upgrade.

Originally, the renovation project was designed to use X-Bloc walls or gabion baskets. However, when the contractor came on site, he had an idea that would improve the look of the park while also providing the erosion control the site needed. The contractor had been impressed with Redi-Rock's ability to build walls in water on a previous project in Lake Huron and petitioned the USACE and the City to consider Redi-Rock. The City of Monroe's engineer was also familiar with Redi-Rock and felt it would provide a better solution for this project.

"Once we showed it to the city and the engineer, they thought it was a perfect fit," Eric Taylor of Redi-Wall, LLC said. "The contractor really raved about the product."

Redi-Rock gravity walls have a proven track record in water applications like this. The massive size of each precast concrete block allows tall gravity walls to be build that often don't require reinforcement. These 4000-PSI (27.6 MPa) blocks withstand the elements and are designed to weather massive storms.

The USACE approved the use of Redi-Rock in this project. The Redi-Rock shoreline protection wall, which can only be viewed from the river, stands 4.5 feet (1.4 meters) tall and required about 280 Redi-Rock blocks. The approximately 1700 square foot (15.8 square meters) retaining wall includes a 7-foot-tall (2-meter-tall) section of wall abutting the dam spillway near the park. The walls were completed in 2008 and were tested during the spring rains of 2009.

"There was a huge amount of flooding in the spring. When the water came down, it tore out all the sod, but the wall didn't move an inch," Taylor said. 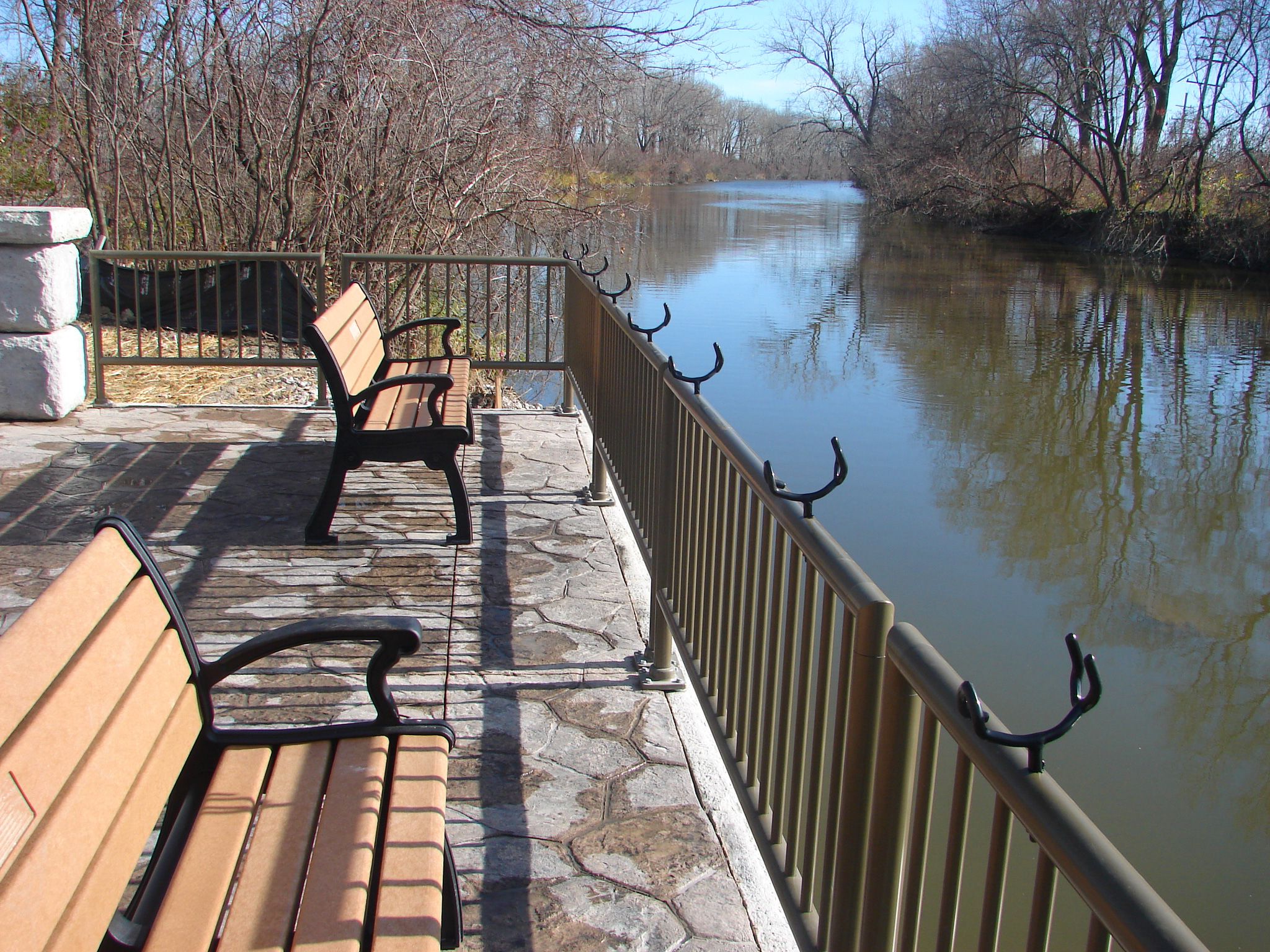 Shortly after construction was completed on the Veterans Park project, the USACE approved another project using Redi-Rock in Monroe. This project involves the construction of a fishing pier at a state park. Again, the project had been designed to utilize X-Blocs but was switched to Redi-Rock after seeing how well the product worked at the Veteran's Park. 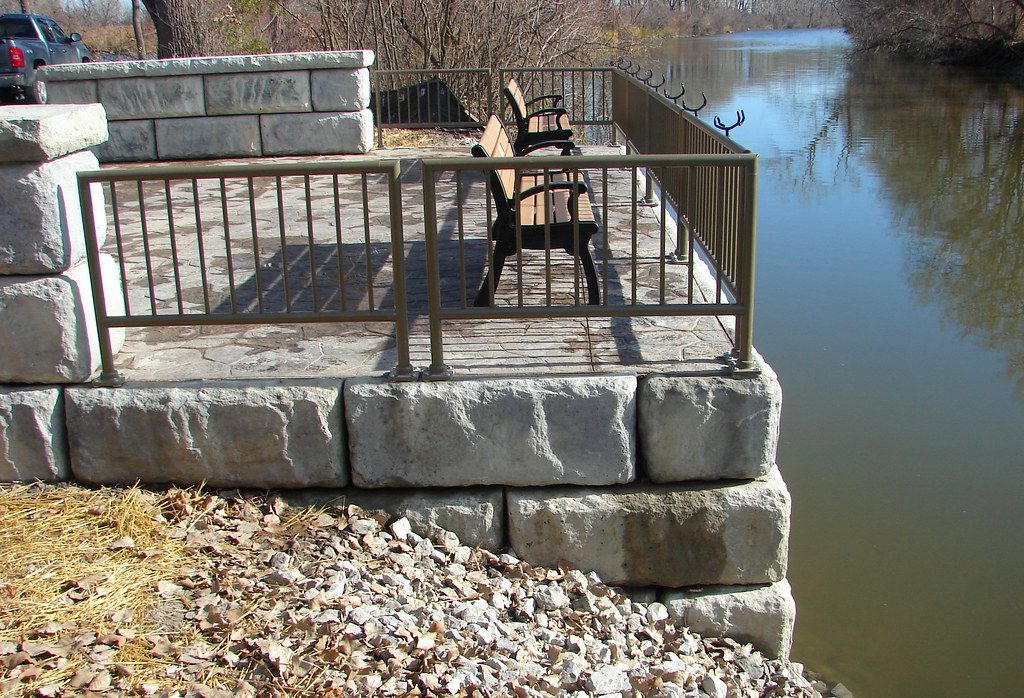