When a high-end home builder outside Atlanta bought an "unbuildable" site with 120 feet (36.5 meters) of grade change from the rear of the property to the front, he was faced with a challenge. The developer needed to find a way to support the foundations of a French-style estate with a retaining wall that could match the upscale look of the house. 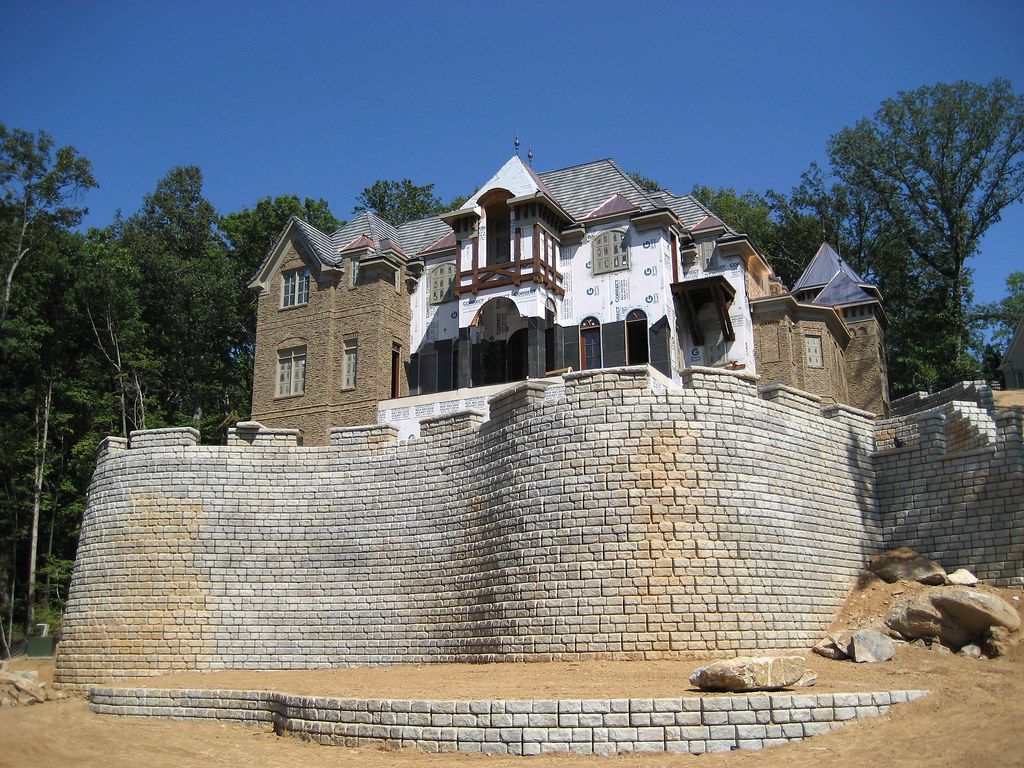 A Redi-Rock retaining wall enabled this home builder to construct a beautiful estate on a difficult lot.

The developer had looked into erecting a 30 foot (9.1 meter) tall poured-in-place wall covered with a stone veneer but found it too expensive. He had come in contact with Redi-Rock at an Atlanta trade show and liked the natural look and dramatic shadows of the Redi-Rock Cobblestone texture.

The developer also liked having the option to stain the walls to match the other hardscaping he had planned for the site. When the price estimate for the Redi-Rock walls came in 35 percent lower than the poured-in-place options, the functionality of the massive segmental retaining walls system coupled with the Cobblestone look made Redi-Rock the perfect solution for this developer's retaining wall needs.

"I saw a Redi-Rock display at a home show and this application just screamed for it. The site needed an engineered, structural retaining wall with a high-end look and this product delivered," the developer said.

The builder of the home had already poured the foundation of the house and begun building when local Redi-Rock manufacturer Piedmont Precast arrived at the site, so the entire wall needed to be built from below, providing a challenge for the installer. The project design originally specified two Redi-Rock retaining walls. However, once the developer saw the first big wall go in, his imagination took over. He envisioned a castle look with turrets, then he began to add walls in the side and back of the house as well. 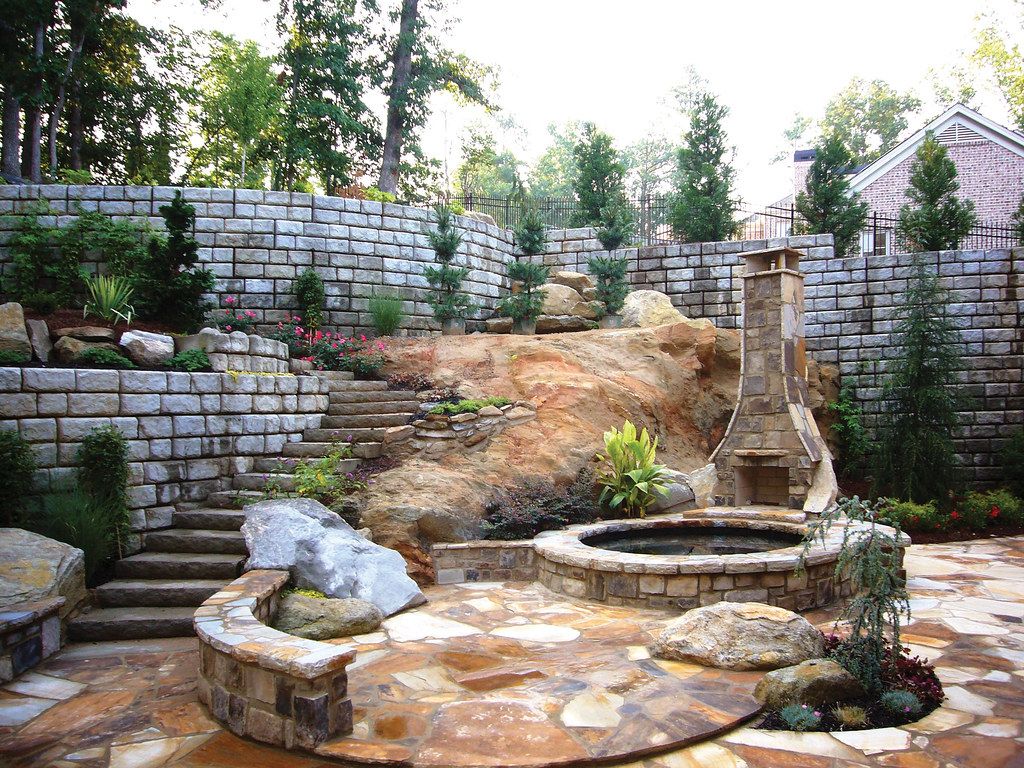 Redi-Rock steps and other accessories were used to complete the look of this beautifully landscaped home.

"After a while, people coming up the drive started saying, 'Look at the mountain they built that house on' before they said, "Look at that house,'" Frank Bowen of Piedmont Precast said. "It's been great exposure for us."

To create a polished look at the front of the house, Piedmont installed column blocks integrated with wrought iron fencing to top off the 39 foot (11.9 meter) tall reinforced wall. The same look followed down the driveway with Redi-Rock freestanding walls, columns, and fencing. In the steeply sloping backyard, gravity retaining walls created level areas for gardens and supported a waterfall feature. Used in conjunction with natural stone and pavers, the backyard hardscaping created a peaceful space for relaxing or entertaining.

This French Chateau was awarded the Silver Award for best home in the category of $5 million and above at the annual OBIE Awards from the Greater Atlanta Home Builders Association in November, 2008. The OBIE Award is the highest recognition a builder can receive for new home construction in Atlanta. Shortly after the home was completed, it was on the market for $5.9 million. The real estate listing featured 10,000 square feet (929 square meters) of "European Cobble Walls" as a selling point for the Authentic French Estate. The home sits on a private 1.5 acre (.6 hectare) lot and its landscape features a heated swimming pool, spa, waterfall, fireplace, patio, and gardens.

"It was great to work with this developer and know that our product is up to his high standards," Bowen said. "If the look meets his standards, it could work in any high-end development."

Caps, Steps & Columns - Steps, caps, and columns coordinate with Redi-Rock retaining wall products to give your project a cohesive look.