Up until their remodel, the Audi dealership in Halifax, Nova Scotia, was an eyesore. The dealership is located in a premium car dealership area, making the land very valuable.

"There was a large grade change through this site," said Mark VanZeumeren, P.E.. "Probably 35 feet from one side to the other, on a relatively small site, so we had to find a way to make it all work." 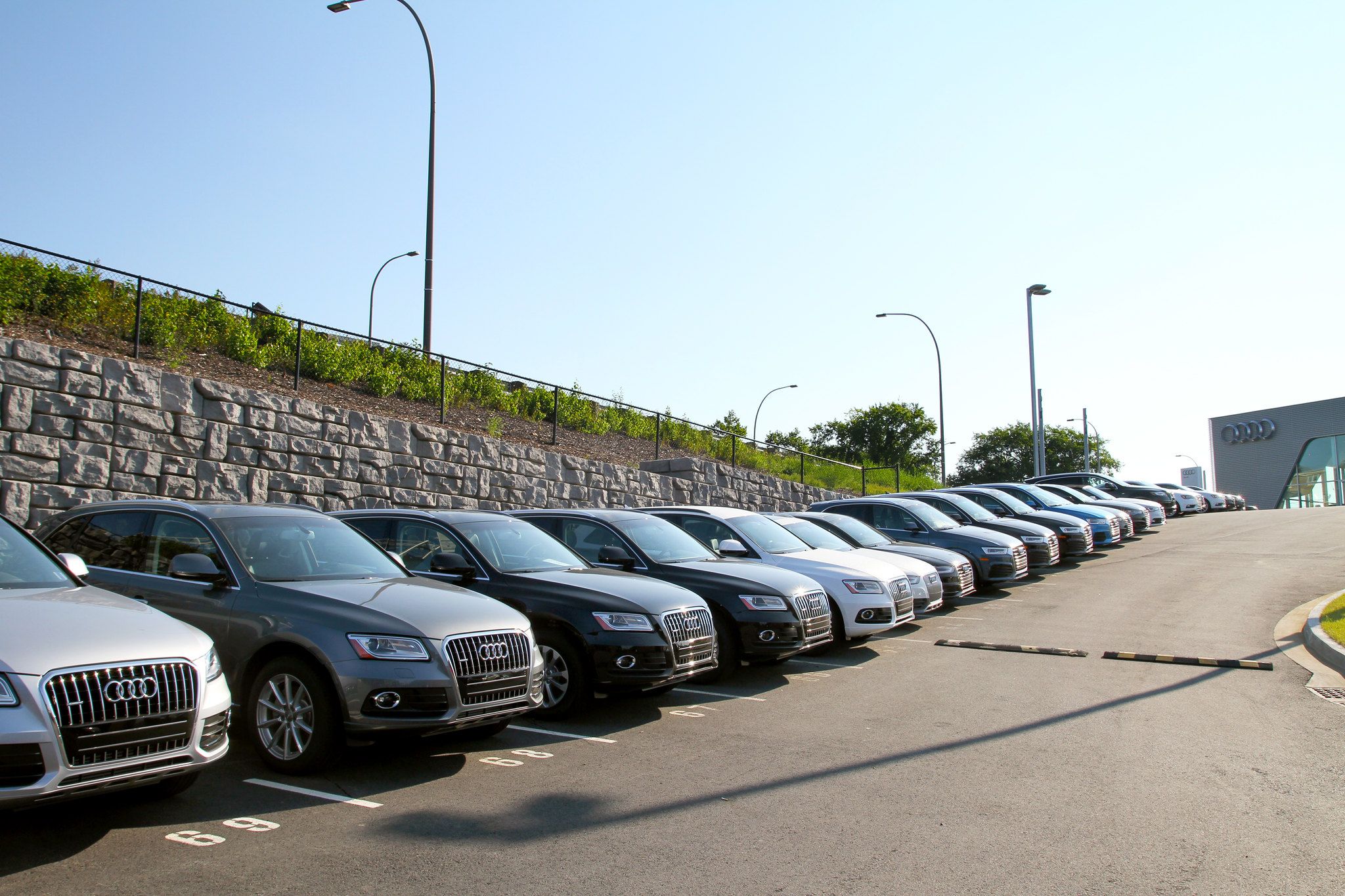 In 2014, engineers working with Audi chose Redi-Rock to build retaining walls that turned this ugly lot into a modern dealership. The building now allows customers to drive in on three separate levels, and the inventory is displayed in a way that entices customers to buy.

"We wanted to expand their property as much as (we) could," said Peter Henderson of DuraCast, the local manufacturer who supplied Redi-Rock for the job. "Gravity walls let us build as close as possible to Massachusetts avenue, probably the most busy entrance into Halifax."

In addition, Audi built a massive Ledgestone reinforced retaining wall to separate the two main levels of the dealership. Standing about 25 feet at it highest point, the wall separates the upper parking lot and provides a driveway down to a lower parking lot and other dealerships.

"It worked out well with the new Positive Connection (PC) System because the grids take the error from the contractor away," said Jim Higgins, installer with Price's Cobblestone. "So as long as you follow the grid lengths and get them spread out where they're supposed to be at the grade they're supposed to be then it's an easy system to use."

VanZeumeren preferred the PC system to other reinforced systems as well: "With this system, they put the tie backs in and it's done, and anyone can see that it's done right. As the engineer, I don't have to observe on a continual basis." 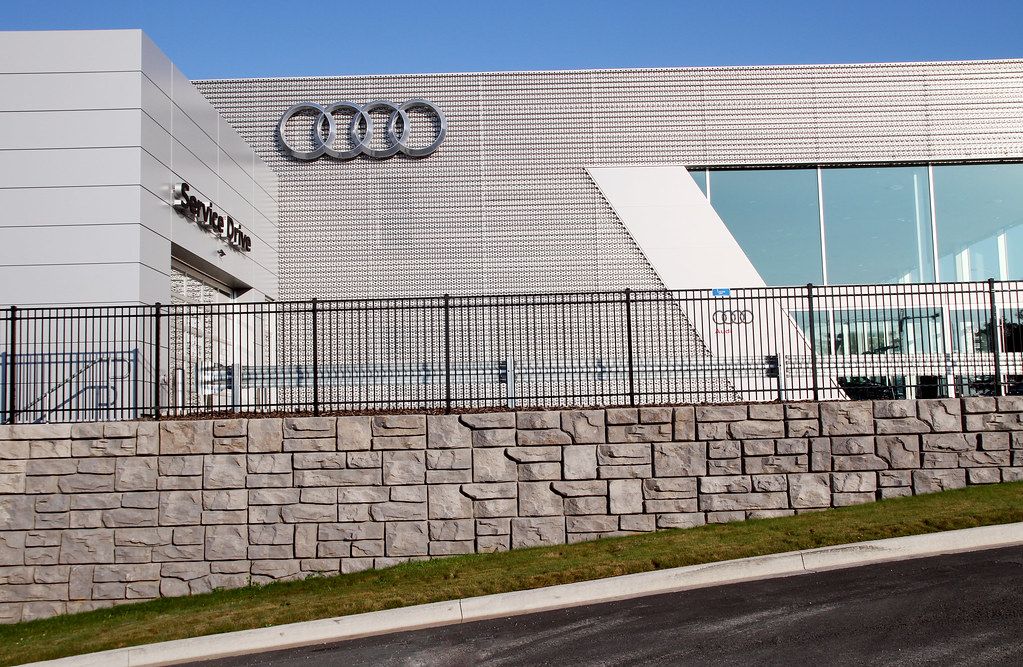 The use of Redi-Rock retaining walls allowed the site utilization to increase by almost 40%.

"Audi has very strict requirements on their dealerships," Henderson said. "The fit and finish, what materials are used, the colors that they use, the lighting, all aspects of how they present their brand to the consumer. So not only is a very functional wall, it's a beautiful wall, and it's a real showcase I think for Redi-Rock."

"The biggest thing is just the value of land in this area," said VanZuemeren. "Before, there was probably only 50% usage of the land on the site; we're probably closer to 90% usable land on the site now. And it looks great, too."