Mike Michon, owner of the Pleasant Street Mill in Easthampton, Massachusetts, had a vision for updating his turn-of-the-century brick mill: "The Mill [is] a combination of mixed use. We have industrial, commercial, residential, and a significant artist population," he said. However, there were a few snags in updating the property for a modern audience. "Obviously mill buildings back in the late 1800s/early 1900s didn't have to worry about cars. And now it's night and day. We need as much parking as possible."

Michon said, "I first started to look at product for the front of the building because we have a split grade elevation. After doing significant research, I chose Redi-Rock for the front retaining wall." 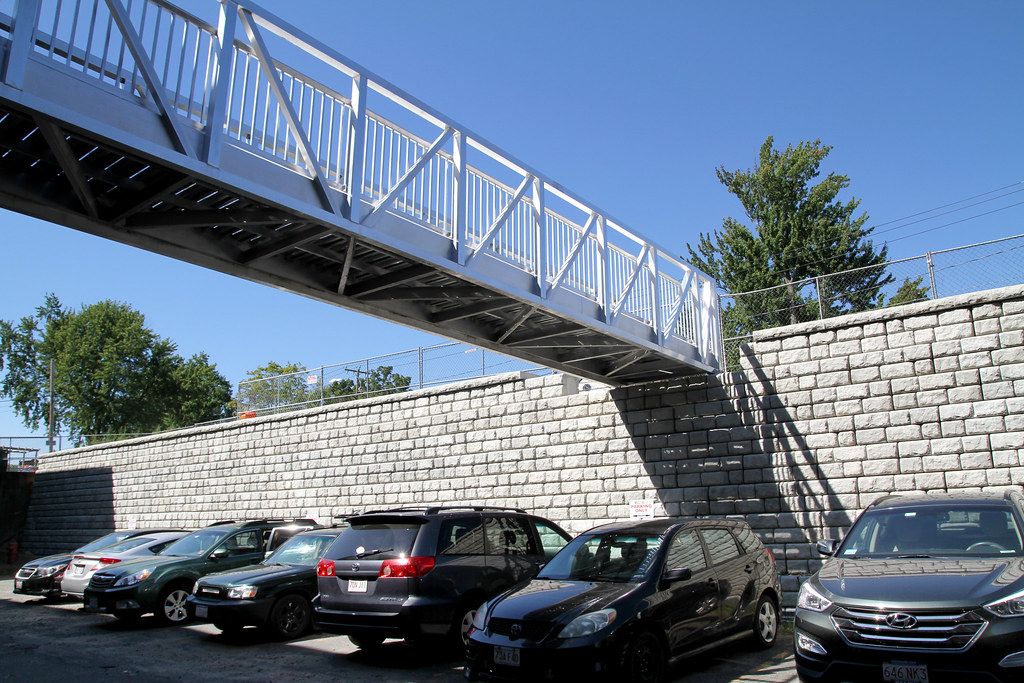 Cobblestone gravity and freestanding blocks were selected to create more parking in the front of the mill building.

Redi-Rock is an engineered precast retaining wall system that uses massive, one-ton blocks that stack up like giant Lego blocks. Because the blocks are so massive, the Redi-Rock system can rely on gravity to hold the wall up in many applications like this one. Gravity walls require less excavation, minimizing disturbances to nearby homes and infrastructure, as well as saving existing vegetation. The blocks were supplied from local Redi-Rock manufacturer Redi-Rock Walls of New England.

Redi-Rock Cobblestone Gravity blocks were used to complete the 150 foot long (45.7 meter), 16 foot tall (4.9 meter) retaining wall. The wall was topped with Cobblestone Freestanding walls and Redi-Rock cap blocks to give a finished look, and also supports an aluminum pedestrian bridge into the mill.

Michon was so pleased with the finished Cobblestone wall in the front of the building that he decided to write Redi-Rock into a grant application for a second retaining wall project behind the mill.

"We brought the grade elevation to about 8 feet off the bike path, and filled behind it," said Michon. 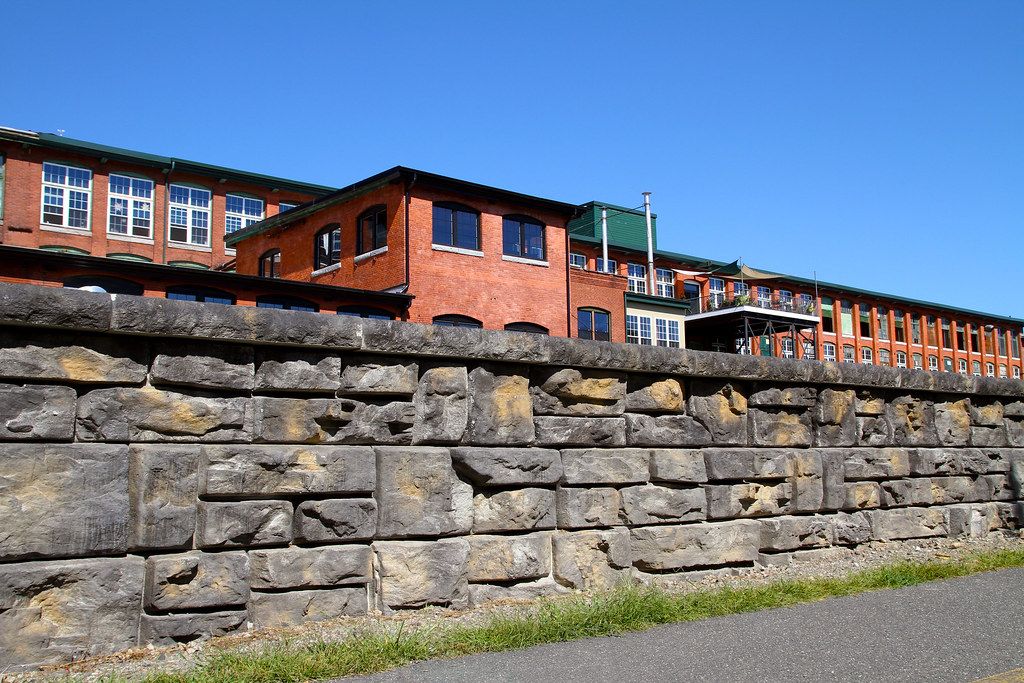 Redi-Rock Ledgestone texture was chosen for the retaining walls bordering the bike trail.

The additional retaining walls used Redi-Rock Ledgestone texture blocks to create much more parking for the mill building while also adding pedestrian access points to the local Rail Trail bike path that runs along the back of the mill property. The new walls, one 600 feet (182.9 meters) long, the other 700 feet (213.4 meters) long, were built using Redi-Rock Ledgestone texture blocks and range between 5 feet (1.5 meters) and 7 feet (2.1 meters) tall.

The walls "work very well with the environment, architecturally and structurally," said Michon.

"The color of this New England Ledgestone is basically your terrain all around New England," added Casey Scavone of Redi-Rock Walls of New England, the local Redi-Rock manufacturer who supplied the blocks for this project. "As you look behind into the factories, you can see that the aesthetics of the wall are perfect. It blends right in." 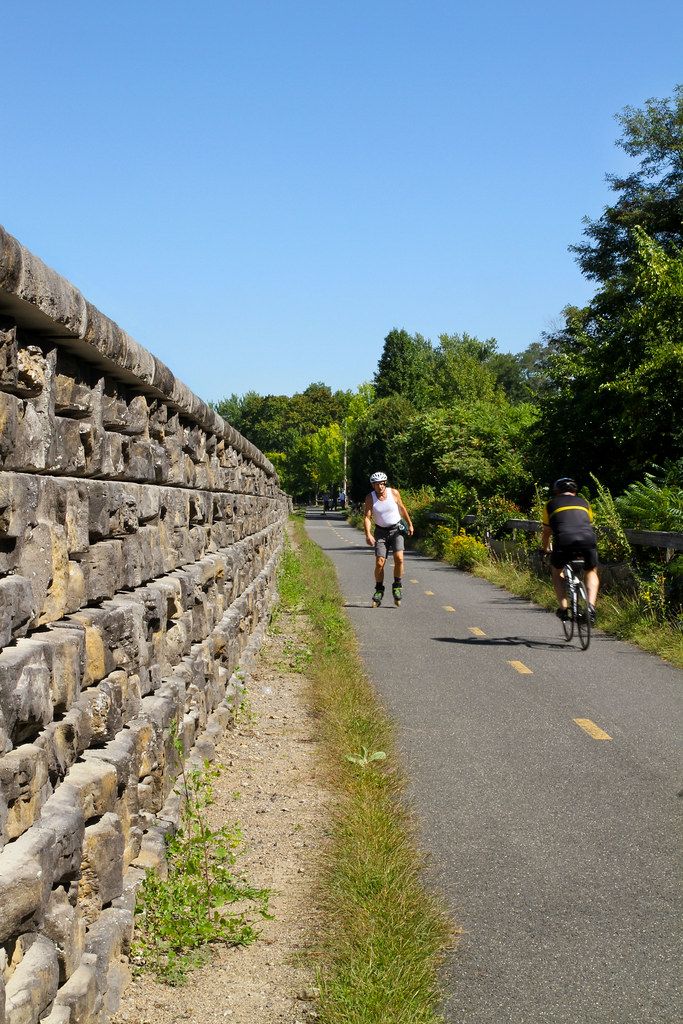 The final walls allow pedestrian access from the bike trail to the mill.