In 2010, the Mississippi Department of Transportation made plans to widen existing bridges and shoulders on I-59 in Laurel, Mississippi.

The challenge? "We had a limited amount of right of way and we didn't have time to go buy more. Really what we were trying to do was find a way to limit our footprint so that wherever we corrected our slopes on the shoulders to meet the current standards, they didn't fall outside of the right of way," explained Brent Quick, District Area Engineer for the Mississippi DOT at the Laurel project office.

With these parameters in mind, the DOT set out to find a solution that would limit excavation. "That's where the retaining walls came in," Quick explained. "The walls allowed us to correct the slopes on the shoulders without going outside of the right of way."

The DOT had used Redi-Rock on previous projects and Redi-Rock was also on their approved products list. "The DOT recognized the advantage of minimized excavation with Redi-Rock, especially for this project," explained Jason Sailers of Piedmont Precast, the local Redi-Rock manufacturer and retailer. The massive size of each Redi-Rock block allows tall gravity walls to be built without the need for reinforcement in many applications. Even taller reinforced walls are possible.

The largest wall was 10,000 square feet (929 square meters) and was built as a gravity structure (no geogrid required). The base of the gravity wall was built using Redi-Rock 60in (1520mm) Base Blocks which weight as much as a Chevy Corvette. The rest of the wall was built using Redi-Rock 41in (1030mm) blocks which weigh as much as a Budweiser Clydesdale. The advantages of gravity walls include minimized excavation as well as minimized installation time - both of which were important for this project. 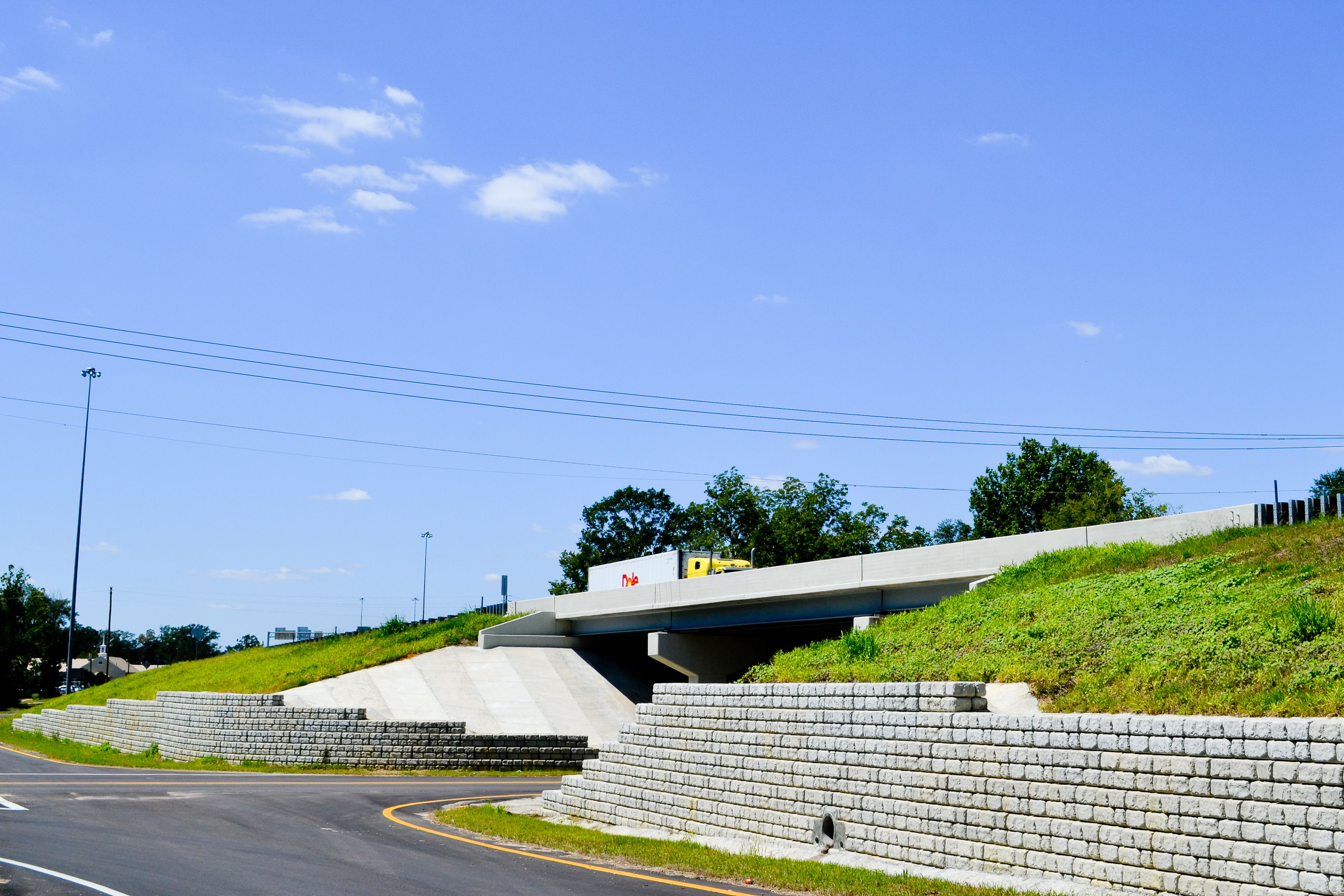 The rest of the walls were reinforced using geogrid. Even though minimizing excavation was one of the primary objectives of the project, engineers were able to design reinforced walls using Redi-Rock that still fell within the right of way requirements.

The project was installed over the course of one year by the General Contractor on the project, Tanner Construction. The walls were backfilled using 57 stone and manufactured sand. On top of the walls, concrete swales direct water to the sides of the walls to prevent erosion.

The DOT chose Redi-Rock's Cobblestone texture for the project. Although aesthetics weren't a primary concern, "I like the way it looks," Quick said. "The walls do the job that we were looking for." 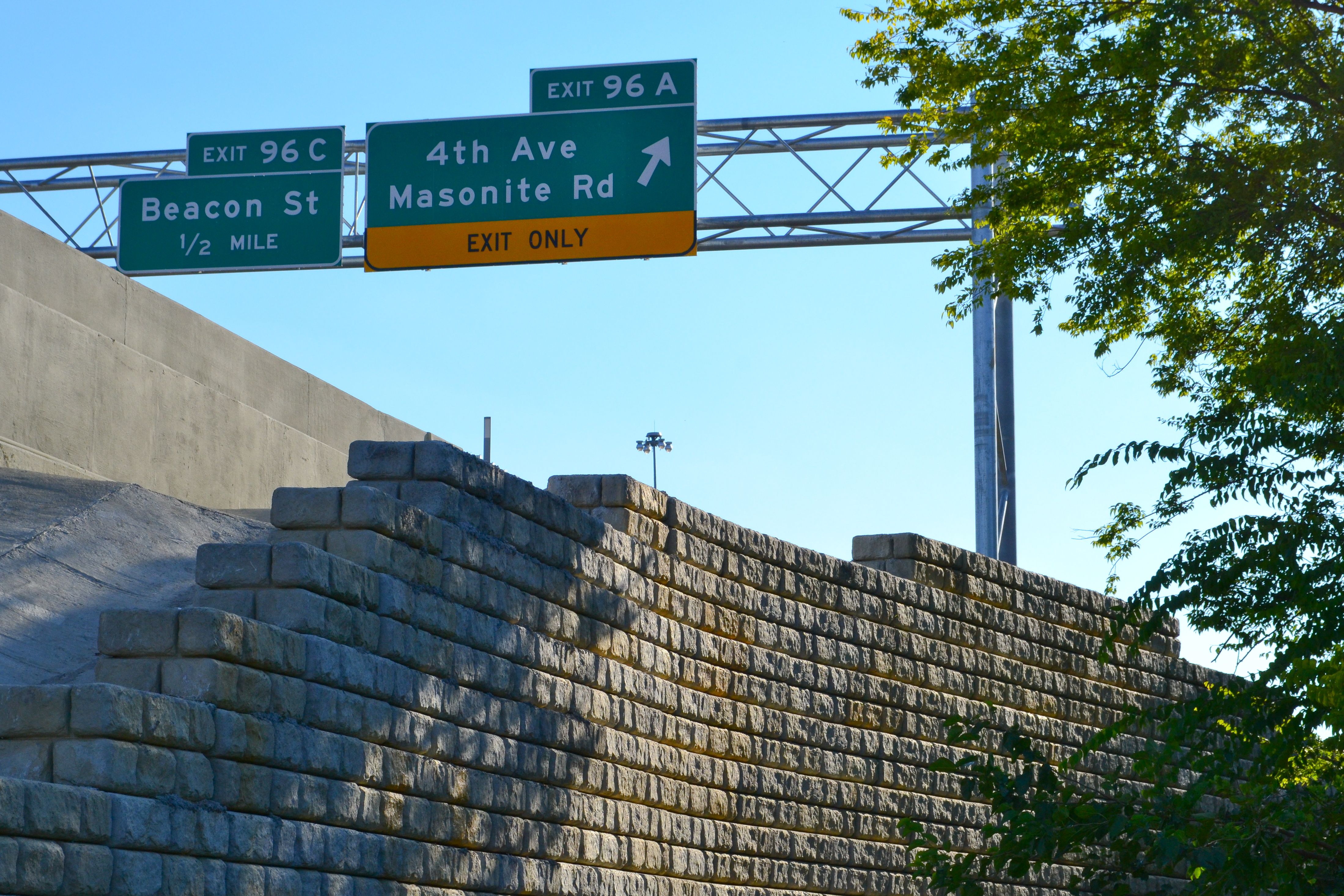 Both Redi-Rock gravity walls and reinforced walls in the Cobblestone texture were used to complete this project.