Several years ago, a blighted piece of land in Dartmouth, Nova Scotia was selected for a $300 million development project. This unlikely site is now home to a beautiful, high-end shopping center with impressive access roads, bridges, and infrastructure to support it.

"The development started out as an old rock quarry; we called it a hole in the world," explained Doug McLean of Duracast. "It was a big mess of rock and gravel and debris everywhere. Then North American Real Estate Group decided they were going to turn the 150 acre (60.7 hectare) site into a higher end shopping development and they were going to re-invigorate Grassy Brook."

Designers needed a way to create several crossings over Grassy Brook that would keep the creek corridor relatively natural. "Part of the redevelopment of the quarry was to make a green space for local residents. A fairly good sized subdivision is right nearby, so the residents use this as a walking and natural area. They tried to incorporate that natural feel as much as possible with the bridges and retaining walls," McLean said. 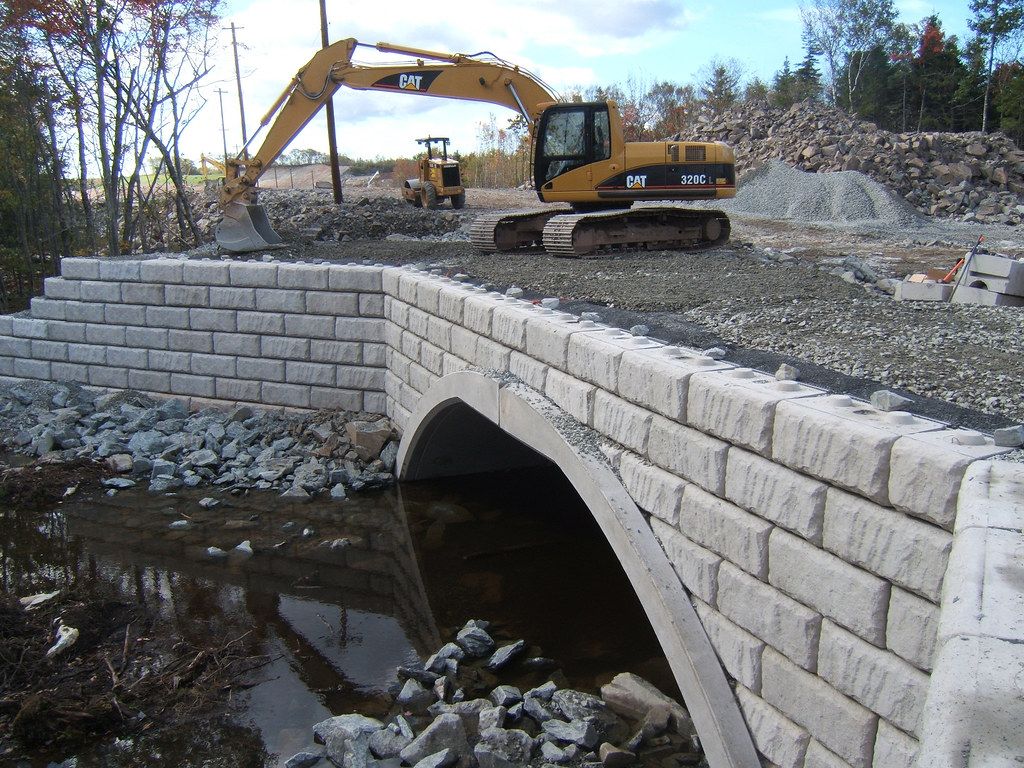 Stantec Engineering designed the bridges using a precast arch system which combines cast-in-place footings and precast concrete arches. After learning that Redi-Rock could provide zero degree batter wing walls and headwalls to work in conjunction with the precast system, Stantec specified Redi-Rock for the job.

"The arch and the walls were put in to protect the beauty of the brook here at Dartmouth Crossing," explained Michael Cameron of Dexter Construction. "The Redi-Rock gave it a more natural look than just a concrete poured wall. The whole goal of the project was to keep everything original and keep the woods feel so you don't feel like you're in an urban jungle; you feel like you're shopping in a country setting."

Redi-Rock is a large block retaining wall system that uses massive precast concrete blocks that stack up like giant Legos. Multiple batter options and textures are available, plus the shape of the blocks makes it easy to build corners and curves. These Redi-Rock blocks were manufactured locally by Duracast in Dartmouth.

The wing walls and headwalls were constructed using Redi-Rock Limestone texture blocks reinforced with geogrid. From the footings to grade level, the walls stand 24 feet tall with 3 feet of freestanding walls on top plus caps to finish off the look of the bridge. The freestanding walls were J-bolted in place to act as a pedestrian rail. 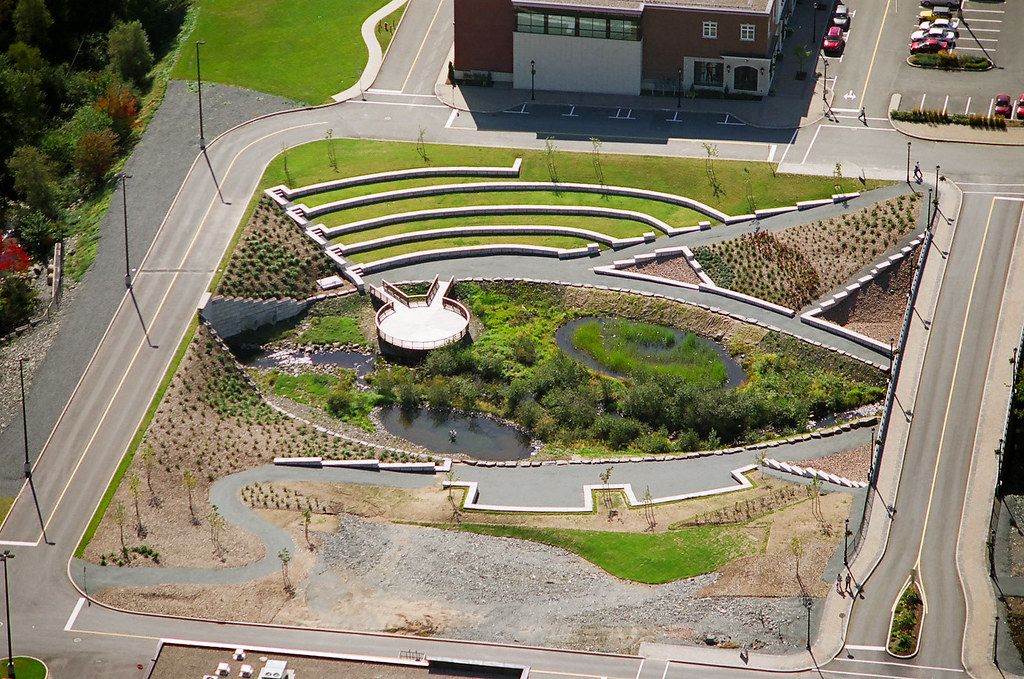 
The amphitheater seating design called for two courses of blocks--one buried and one above ground, plus a coordinating concrete cap to finish the look. In total, the amphitheater utilized 3,600 square feet (334 square meters) of Redi-Rock. 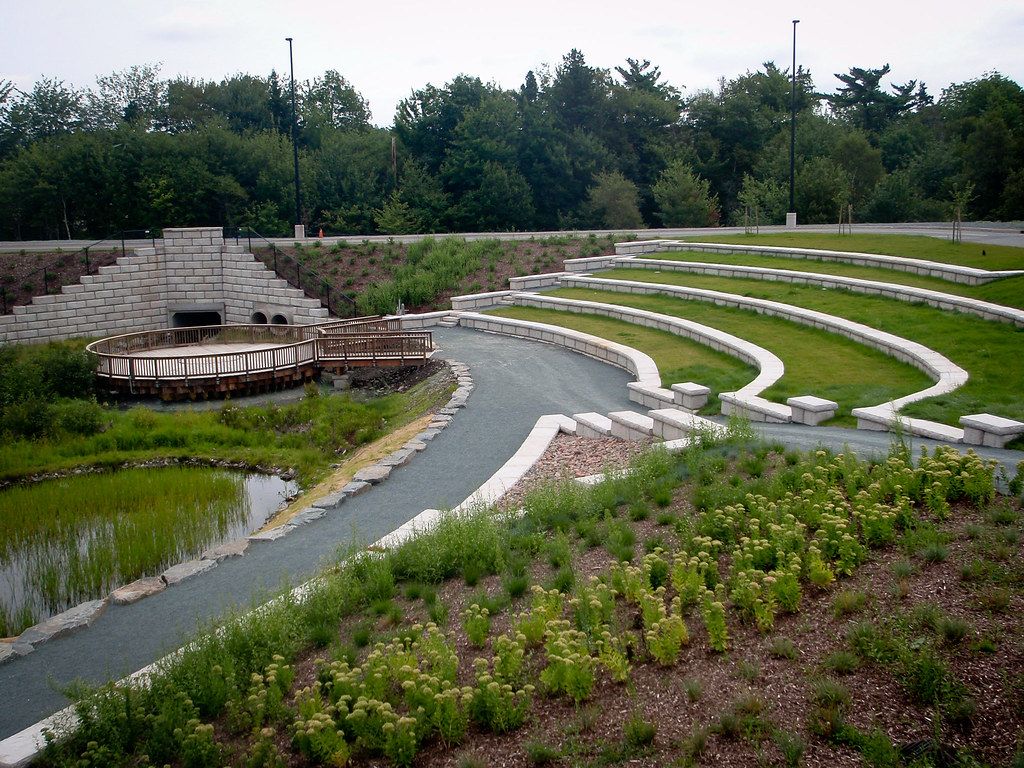 The amphitheater is a great addition to the development and ties together perfectly with the bridges.

By the time all phases of this project were complete, the project required 1,500 blocks equaling 8,625 square feet (801 square meters) of walls.

Need a wall solution for your next project? Visit redi-rock.com/bridges for engineering resources and more cases studies!