Choosing the right retaining wall solution was critical for the development

With mountain views and access to some of the best skiing in the United States, this upscale development outside of Salt Lake City, Utah, required an impressive and inviting entrance; however, access to the canyon was restricted by steep terrain and a wildlife easement.

The Tavaci development is anything but conventional, and the Tavaci entrance follows suit. Instead of excavating the slope and cutting a path for a switchback roadway up the canyon, designers specified a cast-in-place concrete, box girder bridge. The bridge includes five spans and a severe horseshoe bend.

In order to provide adequate support, substantial cheek walls and fin walls at the abutments were required. 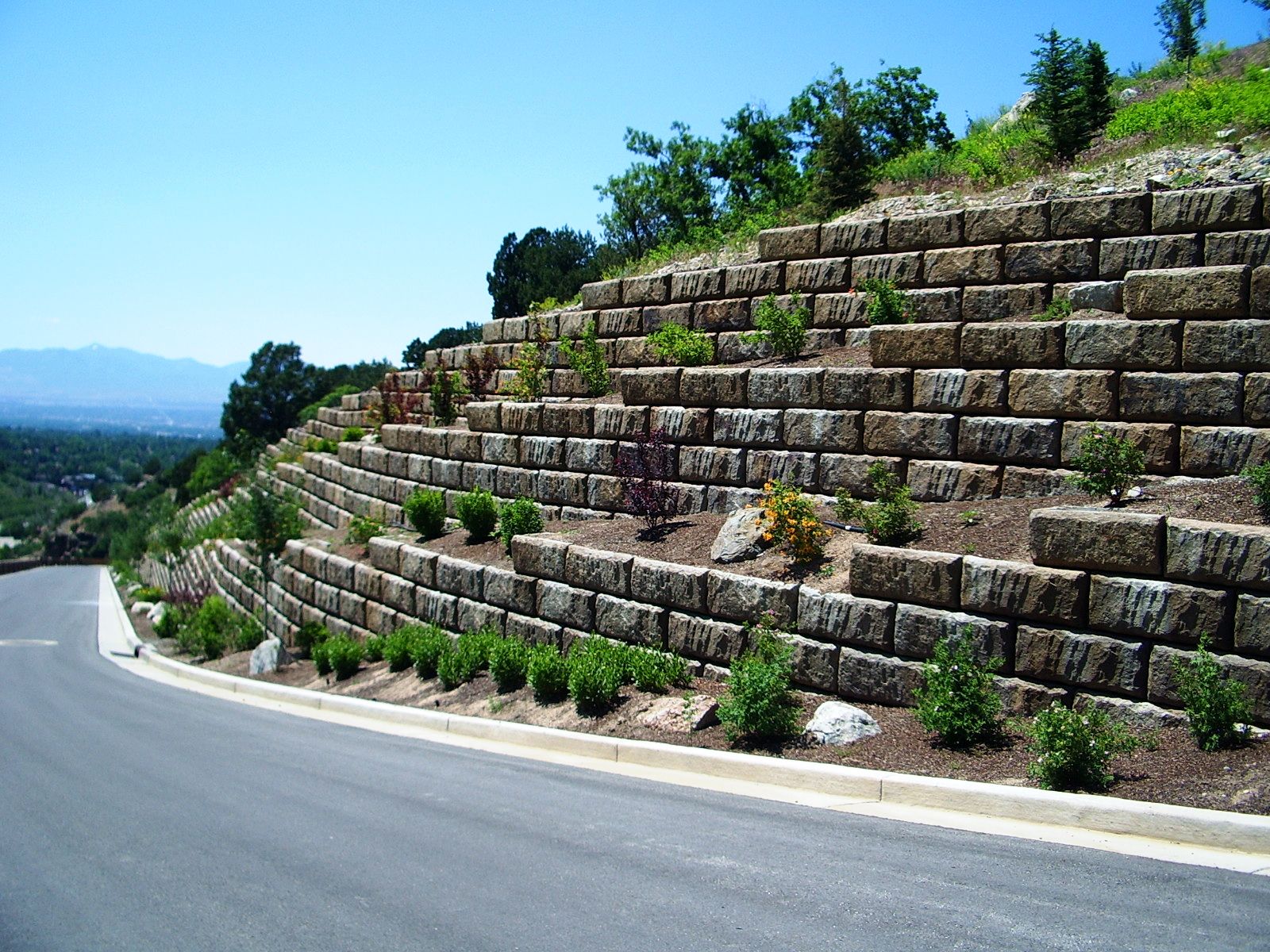 This beautiful tiered Limestone wall provides an aesthetic look to the entrance of this upscale development near Salt Lake City, Utah.

The owners of Tavaci chose the Redi-Rock retaining wall system due to Redi-Rock's ability to build tall gravity walls without the need for geogrid tie backs. Redi-Rock requires minimal excavation behind walls, whereas reinforced walls require extensive excavation to provide room to place geogrid. The texture and ability to be colored were also strong selling points for the Redi-Rock system.

Tavaci designers did not want massive, imposing walls so they designed the walls with a terraced look. Near the entrance to the development, several tiers of Redi-Rock 28in (710mm) series blocks compose six-feet-tall (1.8 meter) gravity walls that provide erosion control and structural support. The walls abutting the bridge stand 12-14 feet (3.7-4.3 meters) high and are reinforced with geogrid. 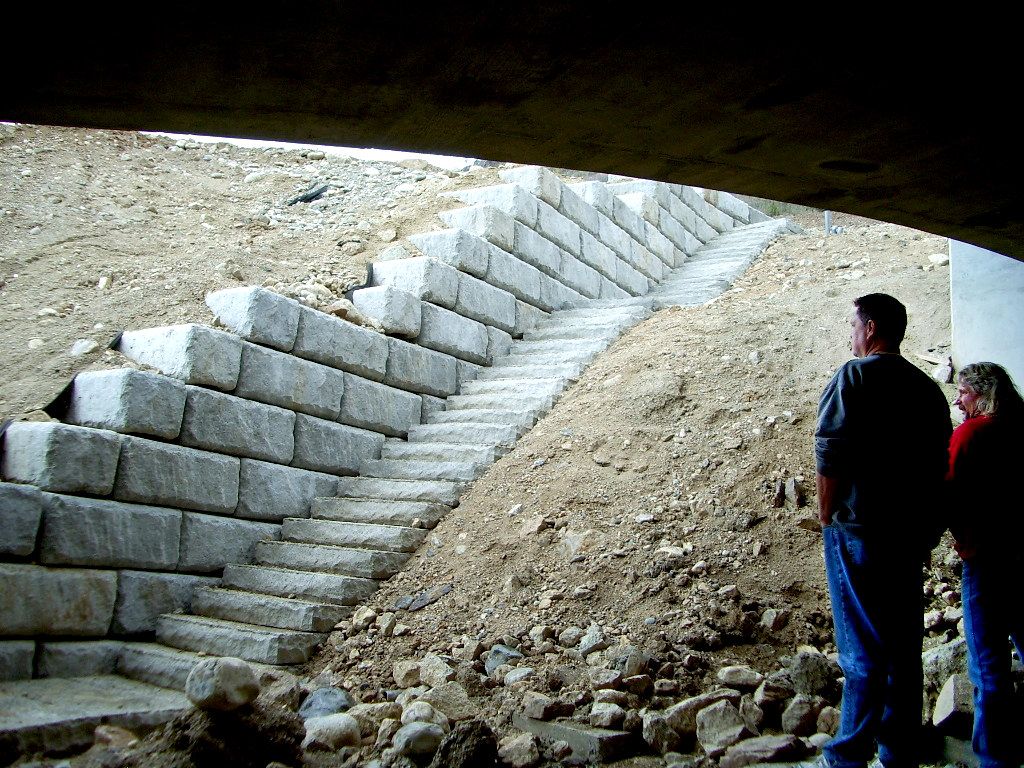 Reinforced walls were used on these bridge abutments to provide structural support for the project.

After the first Redi-Rock walls were installed, the owners decided to move the bridge and roadway to better accommodate construction. Because Redi-Rock is a segmental retaining wall system, crews were able to remove the blocks and re-build the wall - a task that could not have been accomplished with a poured-in-place wall.

Castle Rock Precast worked with the engineers to provide a design to anchor the guard rails behind the walls.

The developer wanted to stain the bridge to match the hues of the surrounding canyon. Designers chose Permeon, an environmentally friendly "desert varnish" to stain the bridge, curbs and Limestone texture retaining walls, tying the entire project together.

The bridge was awarded the 2008 Portland Cement Association Bridge Award. 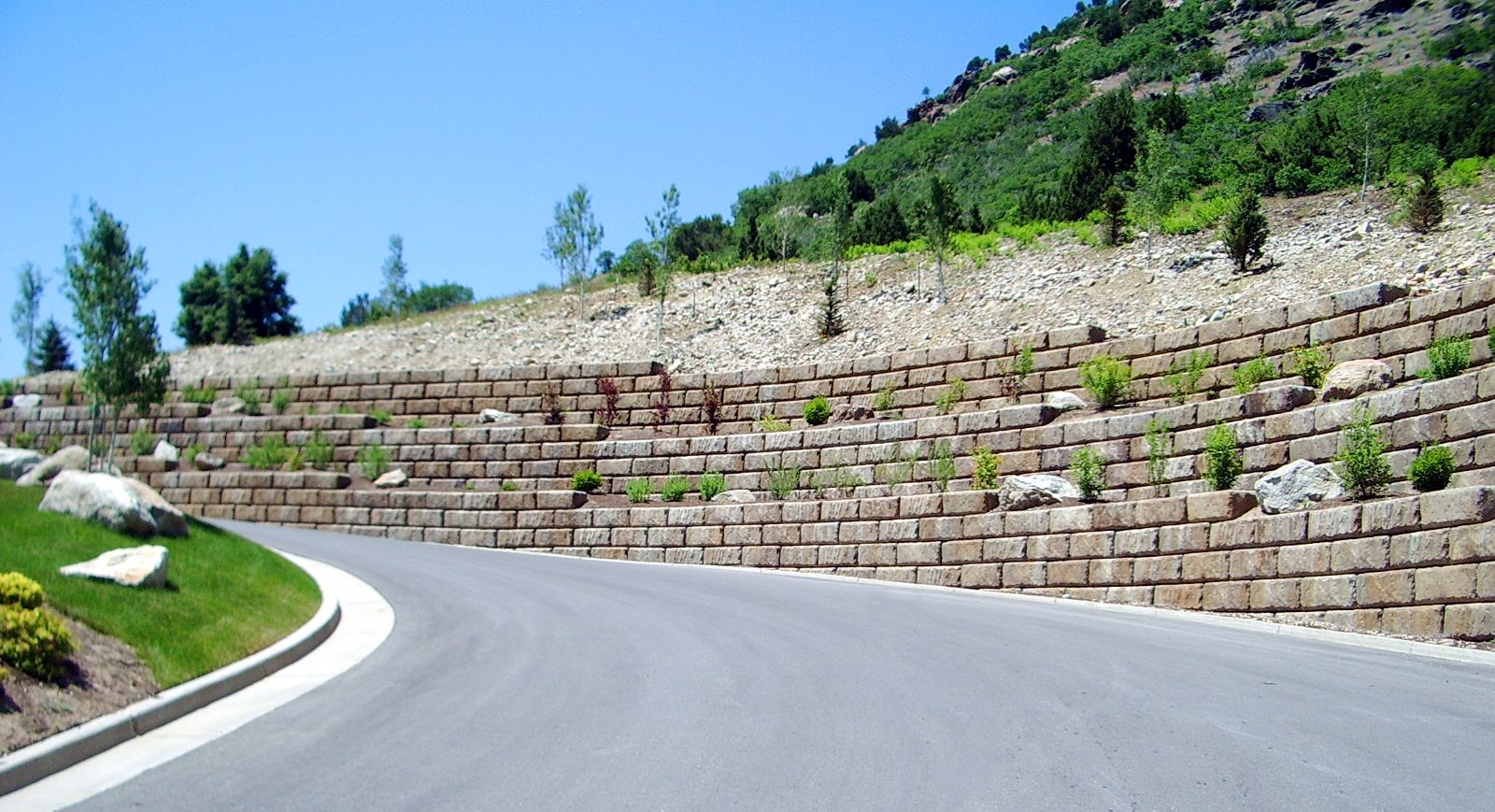 The retaining walls and other elements of this project were stained to match the surrounding canyon.