Building a home on a hilly lot can be a challenge, and this Alabama house is a perfect example of making the most of a hilly lot. From the moment John Pearson Homes came on site to start construction on a 21,000 square foot (1950 square meter) single family home, it was clear that some serious retaining walls would be required.

However, the aesthetics of the retaining walls needed to enhance the home's aesthetics. Seeking to minimize excavation as well, the architect turned to Redi-Rock from local manufacturer, Piedmont Precast. 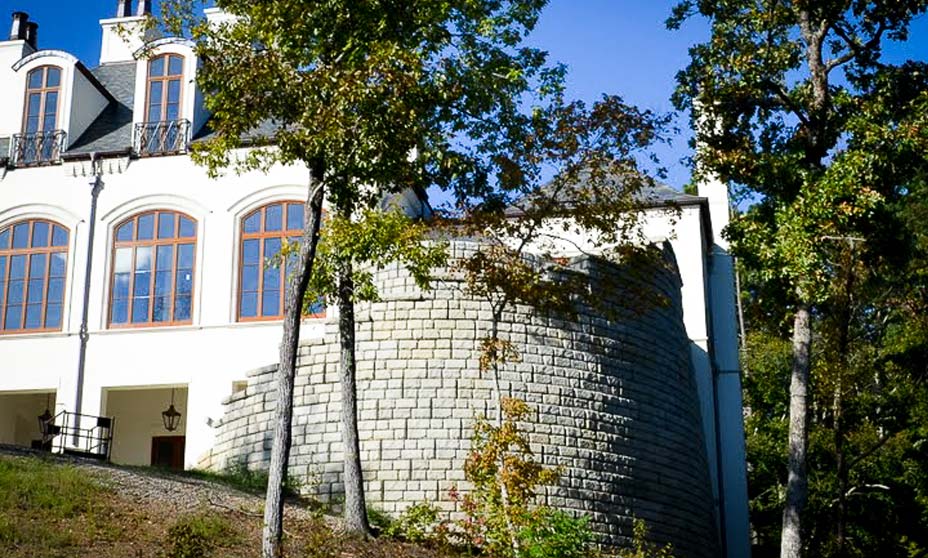 "We basically used Redi-Rock to create the lot for this house. The grade changes were so severe that we needed some massive walls to create a level area around the house," explained John Pearson of John Pearson & Son Construction, the company that built the home.

Redi-Rock is a large block retaining walls system known for the ability to build tall gravity walls and even taller reinforced walls. Since the project required both reinforced and gravity walls, it was a great choice for the project. The architect chose Redi-Rock's Cobblestone texture to match the aesthetics of the home.

"The house is painted brick and the walls actually touch the house in some places so the Cobblestone texture really looks great with it," Pearson said. "The owners are very pleased with the look."

The project included a total of three Redi-Rock walls. Two were reinforced to support the house, and the third wall was a gravity cut wall to make room for the driveway.

The reinforced walls stood 30 feet (9.1 meters) at their highest point, and the gravity wall stood 12 feet (3.7 meters) at its highest point. But these impressive tall walls are not the focal point of this project. The most eye-catching portion is the spiral staircase created by two reinforced barrel walls. 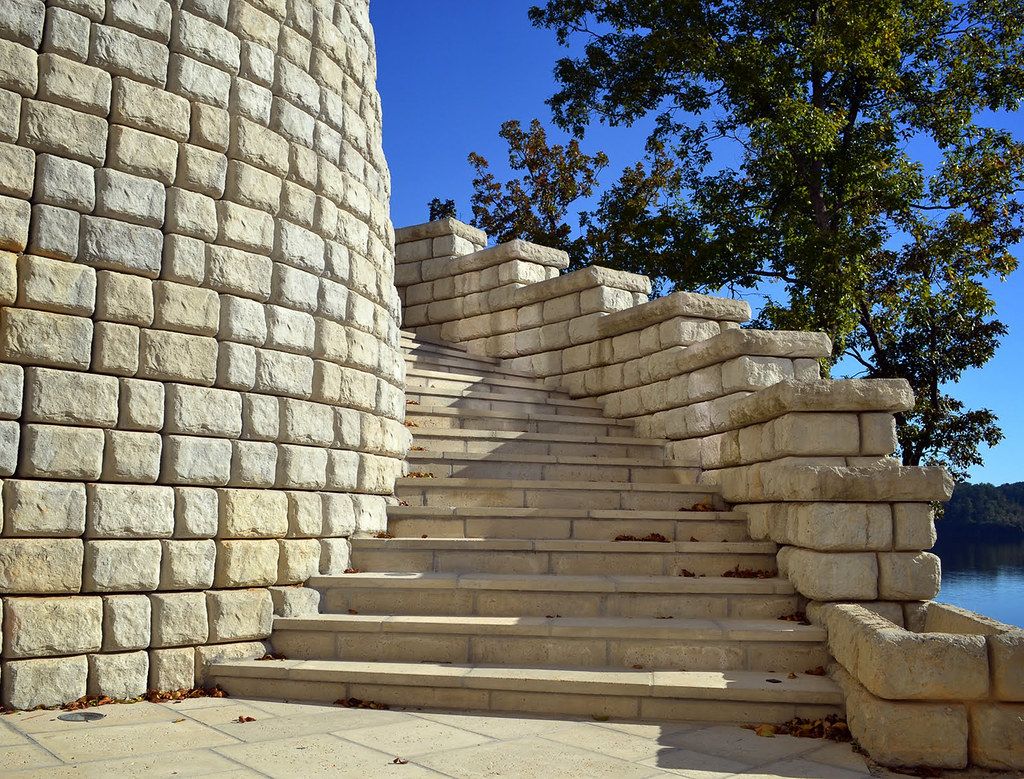 The spiral staircase was possible by using Redi-Rock half blocks to build a tight radius. The outside edge is finished using Redi-Rock freestanding blocks and garden blocks.

The owners of the home were very pleased with the way the Redi-Rock walls turned out, and for the level lot they created.

Freestanding Wall Blocks - Redi-Rock freestanding blocks are textured on both sides, giving above-grade walls an unbeatable, finished look for any project you design.