After a San Antonio area resident's house was flooded three times by the Guadalupe River, he knew it was time for a change. Looking for higher ground, he bought property several miles upstream and started making plans for a retaining wall to protect his investment.

The new property was located approximately 20 feet (6.1 meters) above the normal river level and consisted of a run of approximately 525 feet (160 meters) along the river's edge. On this property, the homeowner made plans to build a new home, a swimming pool, and tennis court.

After seeing several failing retaining walls adjacent to the new property, the owner knew he needed something different - something engineered. The goal the owner had in mind was to provide a suitable construction area on top of the walls, in addition to saving as many of the existing trees as possible. In addition, two requirements ruled the design of the wall - it needed to be a retaining wall that wasn't going to fail and it had to look good. 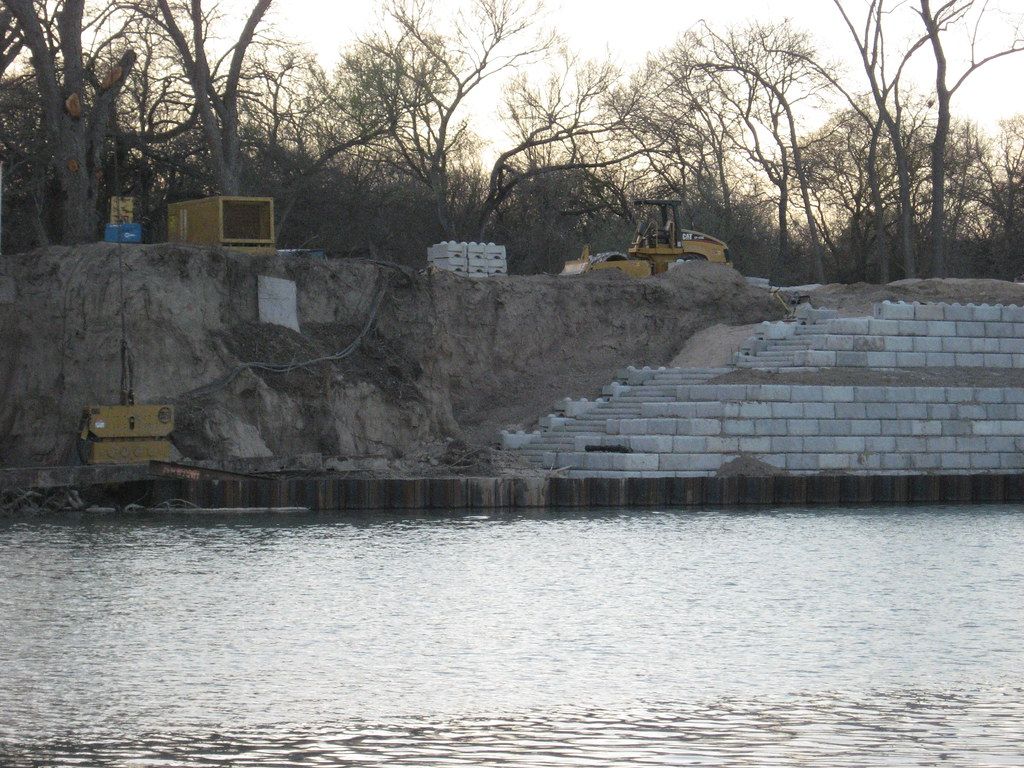 The design for this project included a lower reinforced wall and an upper gravity wall to keep the property safe from erosion while also providing access to the riverfront.

To provide a shoreline protection solution, the general contractor, the Elan Group, contacted Redi-Rock manufacturer SI Precast to take a look at the site and come up with an engineered a solution.

Redi-Rock is a retaining wall solution that utilizes massive, one-ton blocks to harness the power of gravity and build tall walls without requiring reinforcement. Even taller walls are possible with Redi-Rock reinforced walls. Redi-Rock has a proven track record in water application and flood wall projects. The wet-cast concrete design of the blocks makes it hold up even in areas with freeze-thaw issues. Redi-Rock walls are available in several textures which give walls an aesthetic

To design a solution for this project, the team called in Design Technician Phil Fassler from Civil Solutions Group (CSG) and Jeremy Banken, President of Structures Hardscapes Specialists (SHS) from Minneapolis to evaluate the site in person and come up with a realistic solution for the project.

The general contractor took Fassler and Banken on a water tour of the area surrounding the new home site. What the group found was a hodge podge of shoreline protection measures including stone and mortar walls and concrete bag walls. "These walls looked terrible and were all crumbling and allowing erosion," Fassler explained.

The paramount consideration was to prevent the river from undermining the base of the retaining walls. Michael Johnson, P.E. and President of Civil Solutions Group determined that the most effective solution would be to use sheet piling at the base of the walls. This allowed the area to be de-watered prior to wall construction. The loose river silts could then be excavated and replaced with competent material upon which to build the retaining walls.

"This project required approval by the U.S. Army Corps of Engineers. They were concerned about restricting the river flow with new construction along the water way," Fassler said. "Our design took a little from the North end of the property/river limits, and gave some back on the South end of the properties to maintain the balance of water flow that the Corps of Engineers were concerned about."

The Redi-Rock wall design CSG drafted consisted of a two tiers which gave the home easy access to the riverfront. The design also provided the building space required for the home on top, and was the most aesthetically pleasing solution for the site parameters because it allowed for landscaping and a stairway. The walls, which stand approximately 9 feet (2.7 meters) tall each, are spaced about 15 feet (4.6 meters) apart. The lower wall is reinforced, and the upper wall is a gravity wall. An additional 19.5 feet (5.9 meters) tall reinforced wall completes the shoreline protection on the property.

By using Redi-Rock, CSG was able to design the upper tier of the retaining wall as a gravity wall. The massive size of each Redi-Rock block and the interlocking design reduced the amount of geogrid required, which saved on installation time and costs in addition to saving existing landscaping. 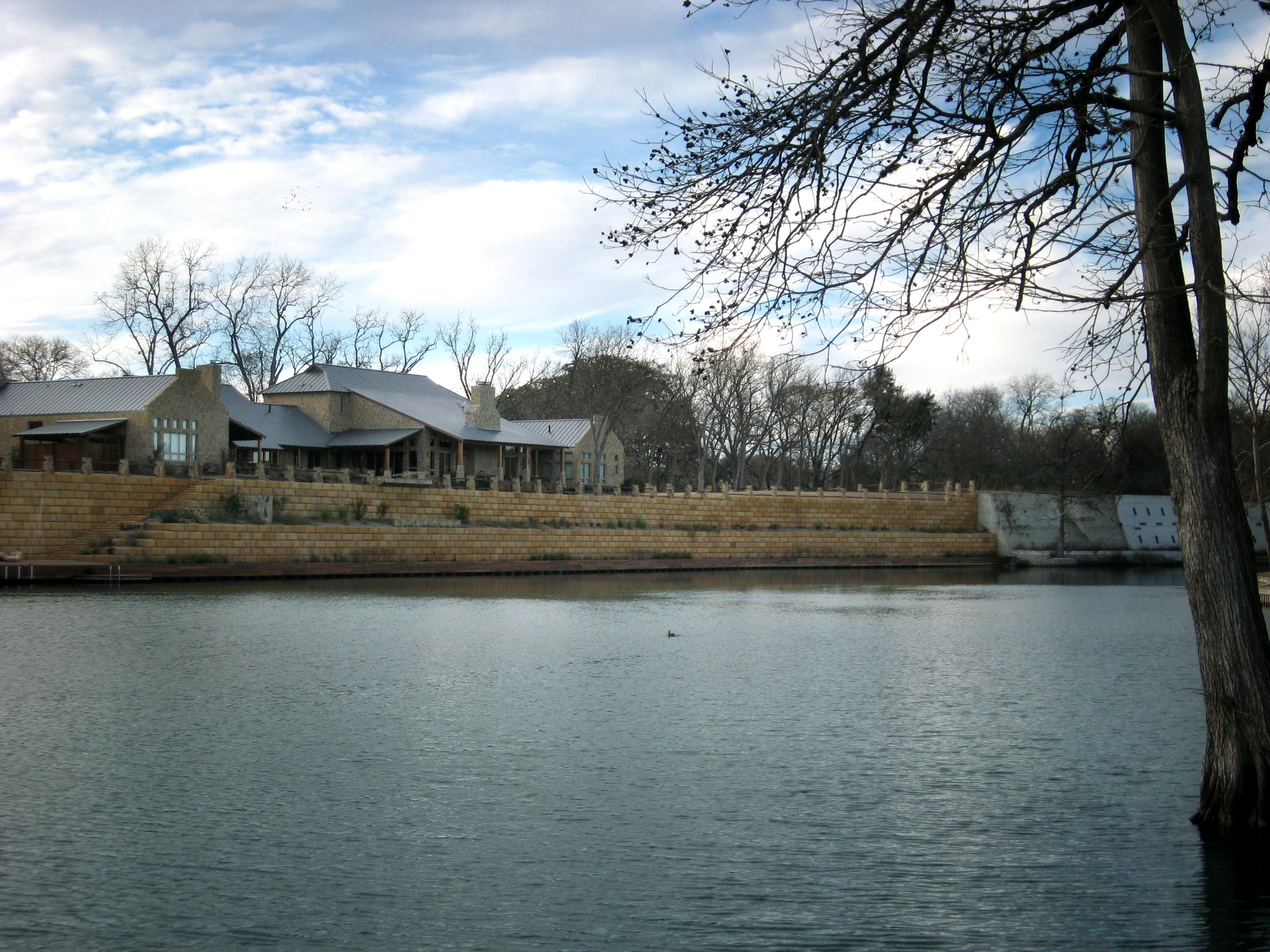 The Limestone block texture block was chosen for this project to fulfill the owners requirement that the wall look good.

In total, the 525 lineal feet (160 meters) wall took about three weeks to install. The wall was built using the Redi-Rock Limestone texture blocks and was completed in early 2008. The 12,000 square foot (1114.8 square meter) walls have been through multiple flood cycles and remain level and perfectly intact.