The Paseo Del Norte/I-25 Interchange is one of the busiest corridors in New Mexico, and there was a major issue with traffic congestion during rush hours. The City of Albuquerque decided they needed a solution that would make it easier, and safer to travel on the highways.

The daily freezing and thawing cycles of New Mexico's climate, as well as a narrow workspace along a highly active interchange, created many unique challenges for the Paseo Del Norte/I-25 interchange DOT project. Materials Inc. has been approved with the New Mexico DOT for different Redi-Rock wall systems, which helped to set the standards for the quality of this project.

Reducing traffic congestion due to right of way limitations, creating a pedestrian walkway and bike trail system, and improving air quality and safety were top priority, so several retaining walls were required to make the project possible.

This sounds challenging enough as it is, but given only 18 months from design to build immediately put the construction process on a time crunch.

Construction was also taking place along a private property line limiting space, so a product that could be installed on a flexible schedule was needed. 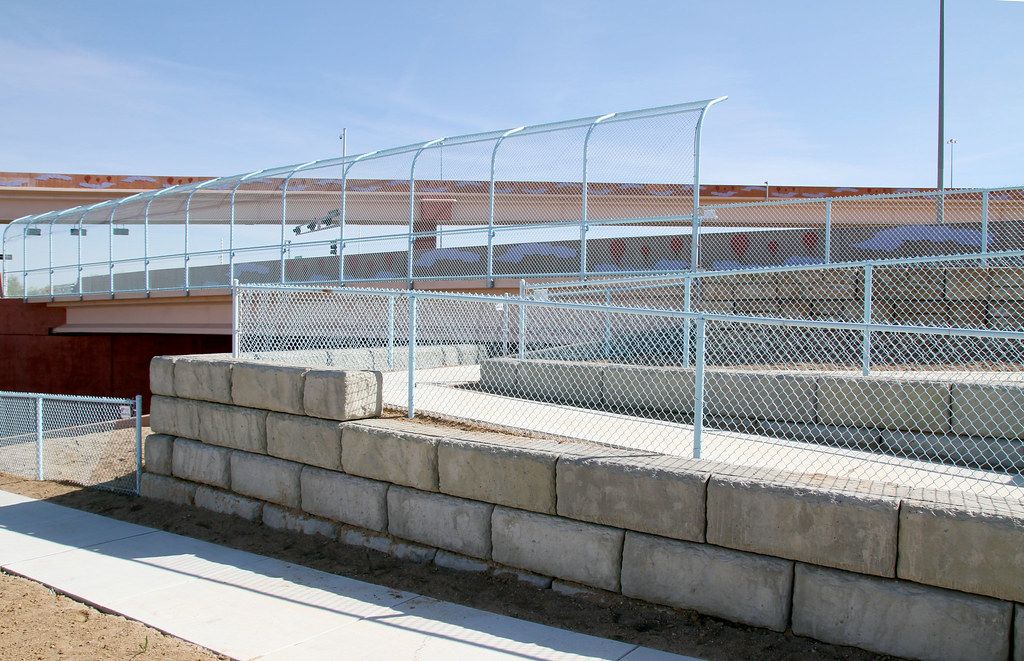 When deciding which product would be the best fit for this project, Redi-Rock stood out among the rest.

"It allows some flexibility to our designs...it really gives you the opportunity to utilize a system that is quicker to install so the phase of construction is easier," explained Sean Melville, P.E., Structures Manager with Bohannan Huston.

The giant one ton Redi-Rock blocks, used in the gravity wall system, have the ability to build tall retaining walls without having to use additional reinforcement in many applications. This allows walls to be built close to property lines while minimizing excavation and installation costs and allowing for projects to be finished at an accelerated rate. For the taller walls on this project, a geogrid reinforcement was used for stabilization. When reinforced systems are necessary, they can be integrated with gravity walls and still keep a consistent look throughout the entire project.

"What I like about Redi-Rock walls like this, is that it gives me the ability to bury the wall as much as I need to, and really provides an aesthetically pleasing wall without having to worry about form liners, and it's durable and cost effective," said Melville. 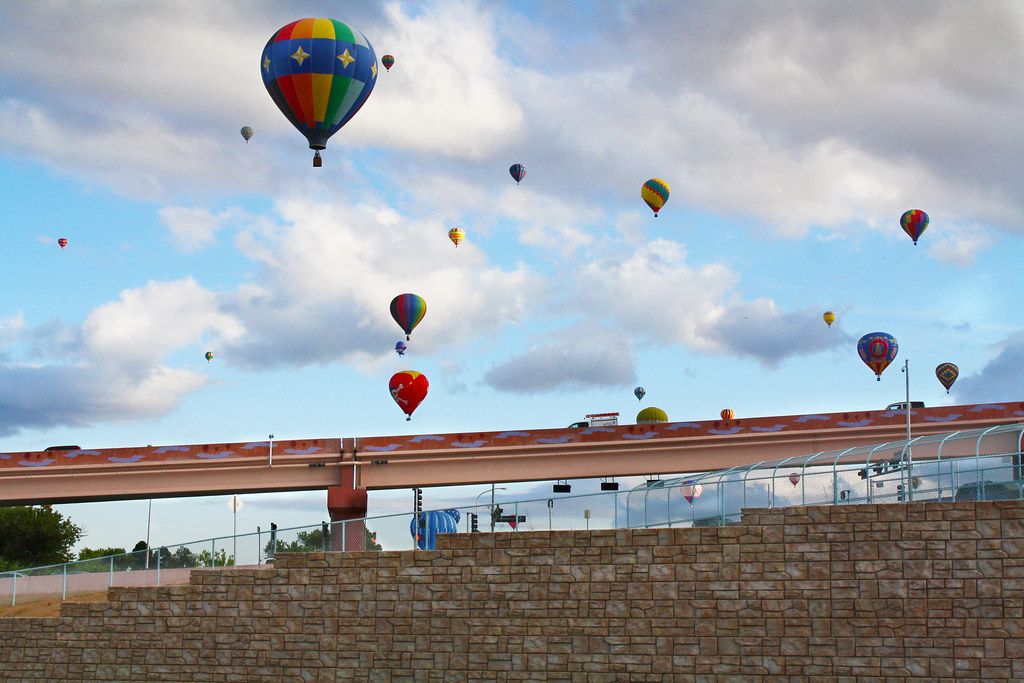 The Ledgestone and Limestone textures blended in with the urban environment and made the pedestrian amenities look more inviting, as well as fulfilling their functional purposes. In addition, the walls helped ease interstate congestion while staying within property line constraints.

Quick installation allowed for the project to be completed on time, and the flexible schedule worked well with the levels of the wall being put in place in various phases.

According to The City of Albuquerque, this $93 million dollar project was completed on time and budget with joint effort from local, state, and federal governments. Redi-Rock's cost effective solutions and quick installation contributed to achieving this goal.

A mix of gravity and reinforced walls were put in place, ranging from 12 to 15 feet (3.7 to 4.6 meters) and totalling 8,050 square feet (748 square meters). This helped to create ADA accessible walkways and bike trails, connecting to the regional trail system already in place and the pedestrian I-25 bridge; as well as creating a better overall system for a heavily used urban roadway.

Freestanding Wall - Textured on two or more sides so the wall looks great from all angles.