Founded in 1898, Dallas Baptist University (DBU) sits atop the hills of Southwest Dallas overlooking Mountain Creek Lake. In 2007, the 5,000-student university embarked on a long-term plan to refurbish and expand the historic campus.

Redi-Rock has been part of DBU's campus improvement plan since 2007. Redi-Rock retaining walls also played a key role in this latest expansion and renovation project. For this phase of construction, DBU needed several unique solutions:

"The primary challenge was constructing a wall with very little space between buildings. The tight space meant there was a lack of room for traditional reinforcements," explained Ernie Fields, P.E. from the project engineering firm, Walter P. Moore.

DBU initially chose Redi-Rock from local Redi-Rock manufacturer SI Precast because the block aesthetics fit the campus' overall long-term vision. But good looks are only part of the equation when it comes to retaining and freestanding walls.

Redi-Rock is an engineered retaining wall solution that relies on the weight of massive, one-ton blocks to literally hold back the earth. The blocks use a patented knob and groove system to create an extremely strong interlock between blocks. This allows tall gravity walls to be built in minimal space, which is a huge benefit on campuses like DBU's where space is at a premium. In addition, even taller gravity walls can be built using the incredibly efficient Redi-Rock reinforced system. 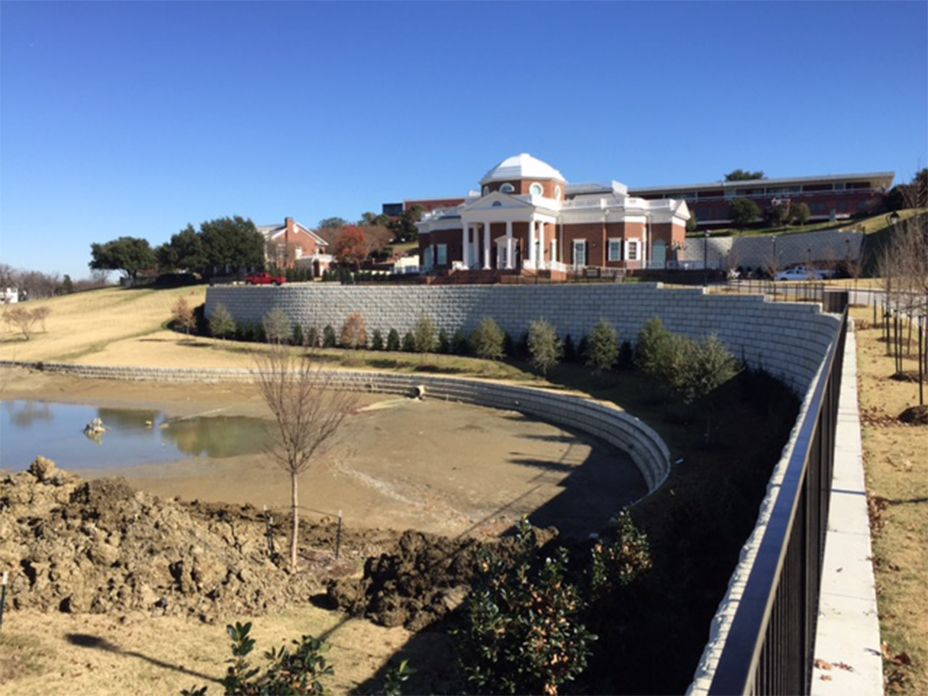 "It's gorgeous," said Greg Barrett, Sales Manager of SI Precast, of the finished project. "What made this project unique were the challenges posed by the site conditions and existing structures. This highlighted the versatility of Redi-Rock in a gravity shore protection wall, a tall reinforced wall, and a soil anchor wall."

Barrett also stressed that SI Precast worked closely with DBU to qualify the right installers for each of the walls on campus. With the scope of the project, the technical details, and the longstanding relationship with the university, SI Precast wanted to make sure they had the right crews bringing the vision into reality.

Overall, DBU has used a mix of gravity, reinforced, and freestanding walls, along with columns and caps to complete over 50,000 square feet (4645 square meters) of walls on campus to date - with more to come! This phase of construction took approximately 4.5 months to complete. 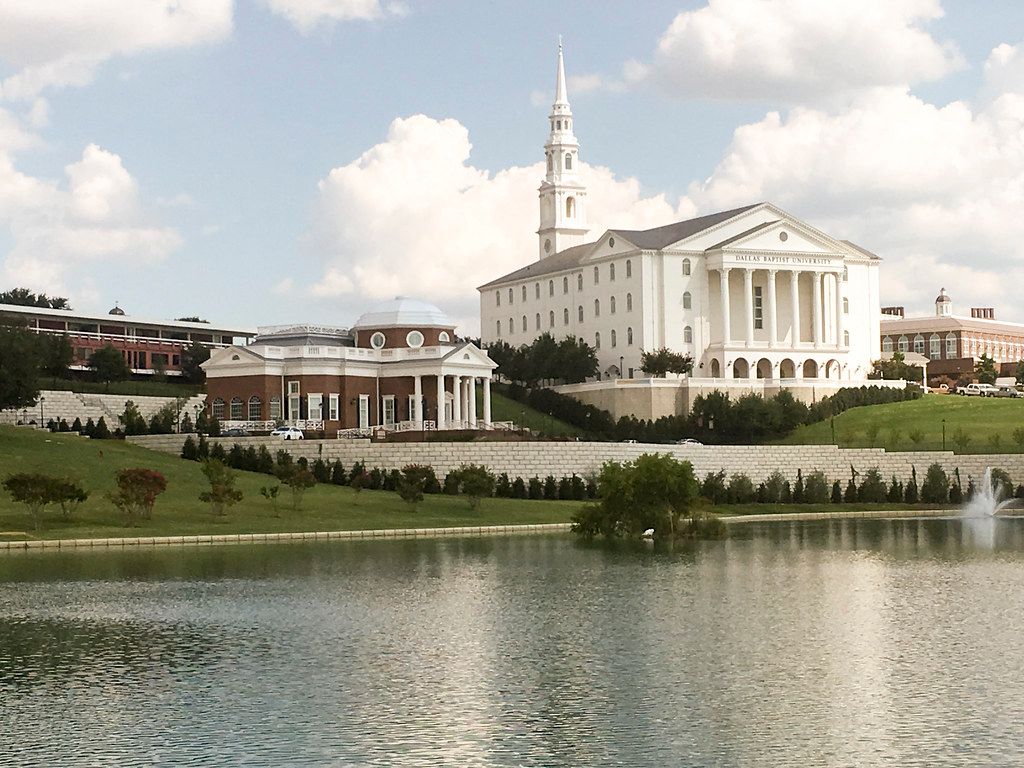 The versatility of Redi-Rock allows for a consistent look on all the projects throughout the campus.